Much like Dark Souls, Baldur's Gate has become the easy comparison for traditional RPGs, and while I strive to avoid such lazy writing, I think Pathfinder: Kingmaker might be the exception. Pathfinder: Kingmaker is a lot of things, but most obviously, it is a spiritual successor to Baldur's Gate. If you played that series back when it first released in multiple disc sets (the first game was six discs!), or on the Steam re-release, you’ll know exactly what I mean. From the camera positioning to the character portraits and incredibly detailed class system, everything about Pathfinder: Kingmaker will be familiar to those who've played the classic cRPG.

If none of that makes any sense, let me guide you through the complexity of games based on pen and paper RPGs. Pathfinder: Kingmaker is not a simple game. Even making my character took over half an hour as I meandered through the various menus creating my beloved half-elf bard. Picking a race, class, portrait that looks something like your character, and all the skills and spells is no easy feat, especially if you have no idea what to expect. Once you get into the game proper things don’t get any easier, though. 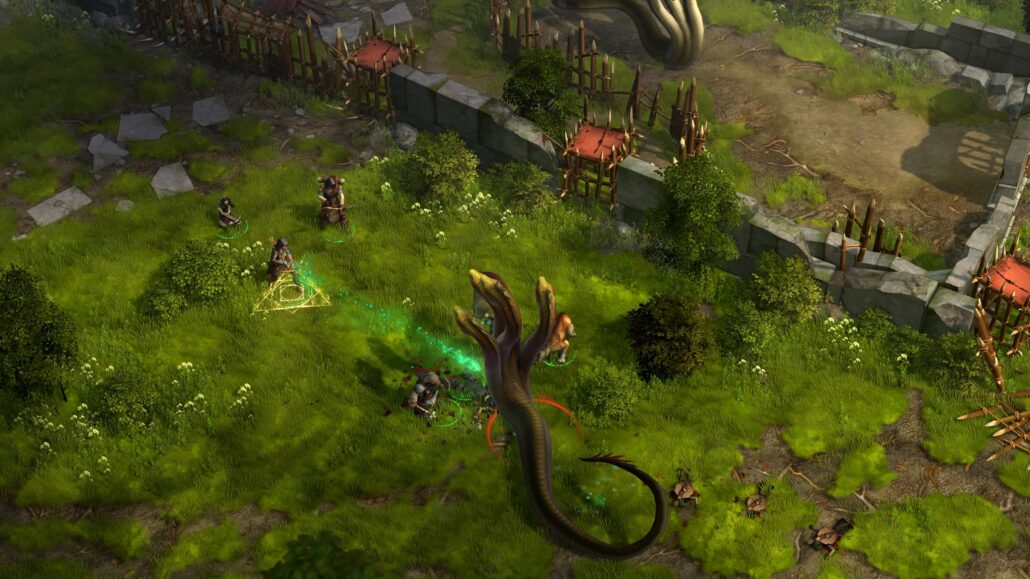 Combat is done in real time, or at least that’s how it looks. Behind the scenes Pathfinder is rolling dice all over the battleground to determine your speed, success and things you didn’t even know needed calculating. Pathfinder does its best to show you all the rules and effects at play at any given time, even if they don’t make any sense to you. Some of it is absolutely helpful as each character has a countdown before they complete an action, with green and red lines indicating who is attacking who.

Outside of combat, there’s exploration and inventory management, as well as a classical dialogue system. Continuing the resurgence of dialogue focus in RPGs, Pathfinder has long conversations with branching options and lots of detail. The voice acting is stellar and the script is amusingly fantastical without ever getting too ridiculous. I enjoyed delving into the roleplay and exploring the complex discussions, but like a lot of this game, it takes its time.

Exploration, on the other hand, is probably the most straightforward aspect of all. Your party will (if able) constantly check for traps, meaning you can focus on looting to your heart's content and solving the various puzzles you might come across.

But like every pen and paper game turned pixel, some things cannot be translated. My games of Dungeon and Dragons rarely take themselves seriously, with heroes often descending to farce as they attempt to ‘do the worm’, or arbitrarily backflip. Pathfinder: Kingmaker is full of humour and some deliberately hilariously characters and moments, but lacks the kind of maddening freedom you get from playing and governing a game yourself. 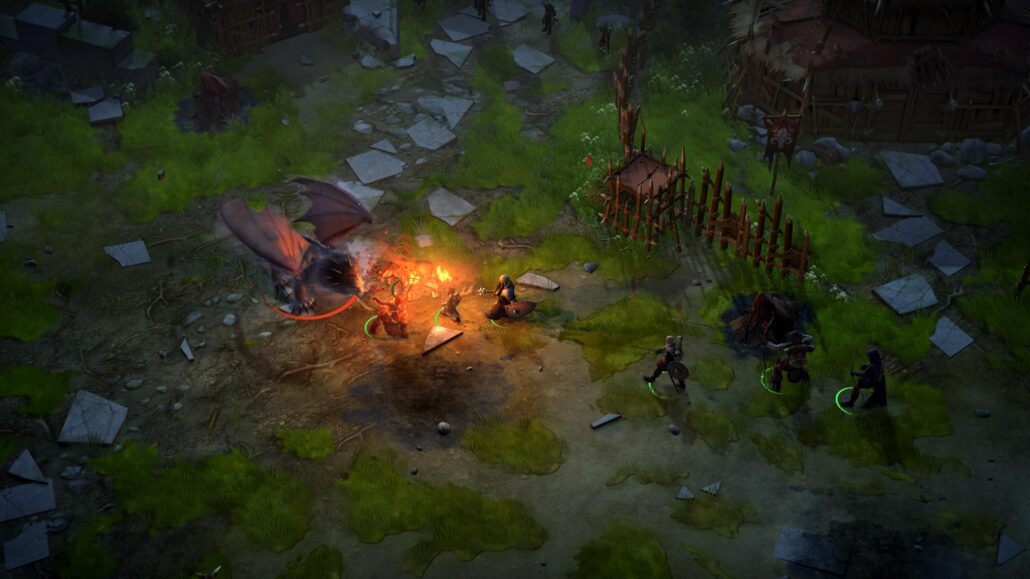 Of course, this is an issue that inherent to video games as a whole as they are more structured than pen and paper games. If you prefer that kind of freeform play, you won’t be playing games like this anyway. And the structure does work here as the combat, dialogue and roleplaying systems in the game are fantastic. You have this constant time limit and antagonist pushing you on and developing this sense of pressure. While the game requires you to take your time to master its many systems, you can’t just sit idle.

The real wall to this game is its complexity. Pathfinder: Kingmaker does a fantastic job of appearing simple but there is still so much going on behind the curtain you have to contend with, and it's something the game perhaps doesn’t explain as well as it should. Imagine playing XCOM, and not being told about the various things that affect your aim percentage. This is a feeling I had a few times, and in a similarly unforgiving game, it can be a bit confusing. This becomes even more true after Act One. You might be getting to grips with all the little rules and how they affect you by the time you've reclaimed the Stolen Lands, but that's when you become a local ruler rather than just a hero.

Kingmaker doesn't have an entire management game hidden within it, but it's close to that. As your borders grow, you'll be building outposts and upgrading cities, promoting advisors from your own party and just generally keeping the peace. The new mechanics come at you after around ten hours of gameplay, keeping things fresh, even if you are still spelunking into deep dark and monster-filled caves in your downtime.

But this is not an easy game. Even seemingly simple fights against roaming bandits need your undivided attention and skill. Party positioning, preparation and overall performance count for a lot, as well as luck. More than once, my primary tank was struck down by an unlucky critical hit, with the enemies quickly overwhelming the rest of my party. Since it all unfolds in real time, it becomes a real balancing act trying to control and protect your team through individual skirmishes and all-out assaults.

Review code provided by the publisher. You can purchase the game via Green Man Gaming with a slight discount.

Pathfinder: Kingmaker is a huge game. The depths of its mechanics seem to have no limit while the time spent playing it is equally eternal. With complex rules and stripped back tutorials, though, it is not an easy game to jump into to say the least.