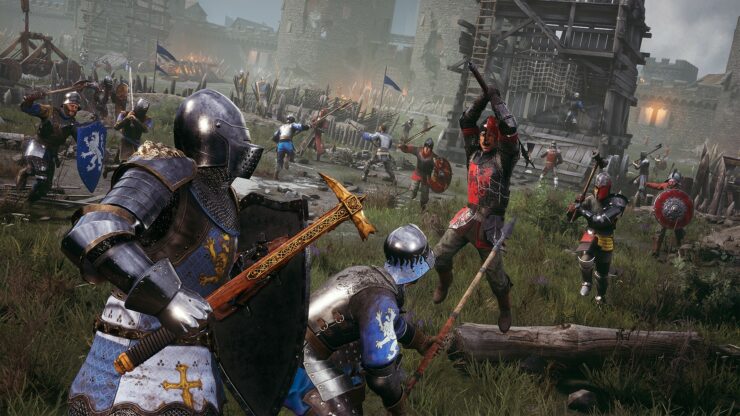 Knights are the most famous of medieval warriors. Duty-bound to help the weak, fierce defenders of the crown and slayer of dragons. They also wore loads of armor and carried a big old sword.

In Chivalry 2, you will ironically not have to worry about the oaths and honor or dragons. Instead, you'll be rushing into the battle amongst your less armored companions to soak up the damage, decapitate the enemies and revel in the glory. But for everyone that doesn't know the difference between their hilt and their pommel and aren't sure if they want to don or doff their armor, this guide will teach you everything you need to know about playing as a Knight in Chivalry 2. 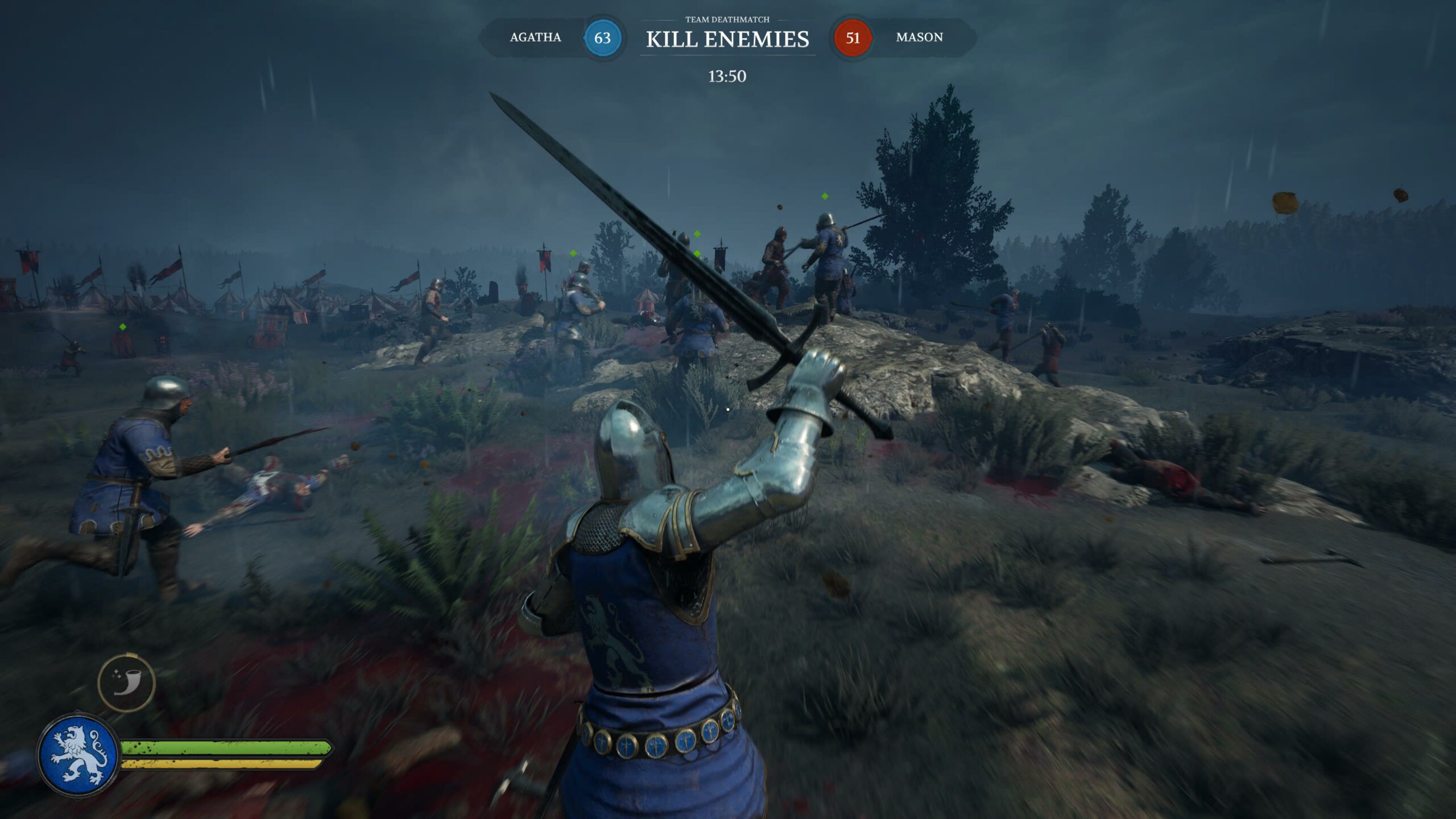 Knights in Chivalry 2 are similar to the tank class in most class-based games. With the most health, you're able to take a beating that most of your allies couldn't survive, so the first thing you need to know about playing knights is that you should always be on the front line. Other classes, such as the Footman and Vanguard, will want to use you as cover when things starting going pear-shaped, and with your longsword, you can quite effectively keep the other team from rushing straight past you.

The first class you'll have for the Knight is Officer, which mixes some support elements into the typical tank design. We'll get into that later, but it's worth remembering that another feature of the Officer has increased use of the dash movement ability. While you might think that as a tank with a big sword you should be standing pretty still in the fight, the dash can actually help you avoid being flanked or taking a barrage of hits your block wouldn't be able to endure.

Try to avoid dashing backward, though. If you have allies behind you, this movement might expose them. Move sideways instead, trying to keep your enemies' focus while staying out of range. If you're in communication with the comrades behind you, this can be used as a trigger for them to jump into the fray and score a few hits.

Call of the Trumpets 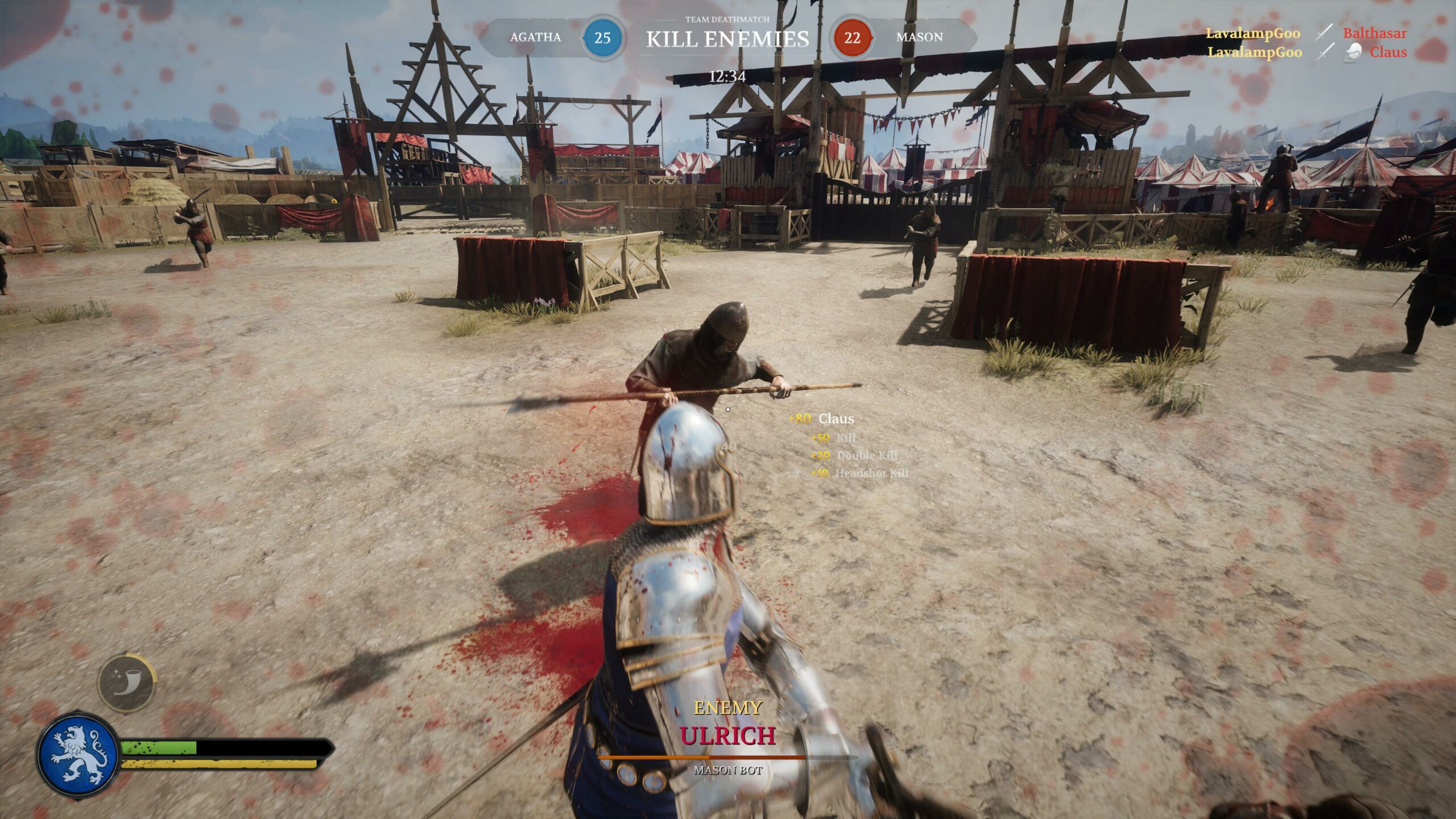 The Knight Officer's item is the trumpet, probably one of the most effective items in the early game. When blown, this rallying cry boosts health regeneration for allies around you. This adds to the Knight's support utility, but you'll have to time it right to be effective.

Often Chivalry 2 descends into spawning waves of enemies as they respawn at once. Try to wait for one wave to be routed and then immediately blare the horn. At this time, your team should recognize the movement and begin using their bandages to restore their health, which will happen quicker and hopefully before the next wave crashes against you.

Remember that you can heal with a bandage, but both that and the trumpet leave for vulnerable for a few seconds, so it's best not to do it when you're facing down some enemies. Although sometimes it can be advantageous to do the exact opposite. If you feel like you're destined to die in this fight but it's imperative for your team to hold their ground, blast the trumpet on your way out and give them a chance to heal up and endure until you can get back into the fight.

The trumpet cooldown is reduced by taking damage. We wouldn't suggest intentionally taking any damage, even if you're confident you have the situation under control. Instead, it's best to get in the front and do your best. Don't worry, you'll take plenty of damage. 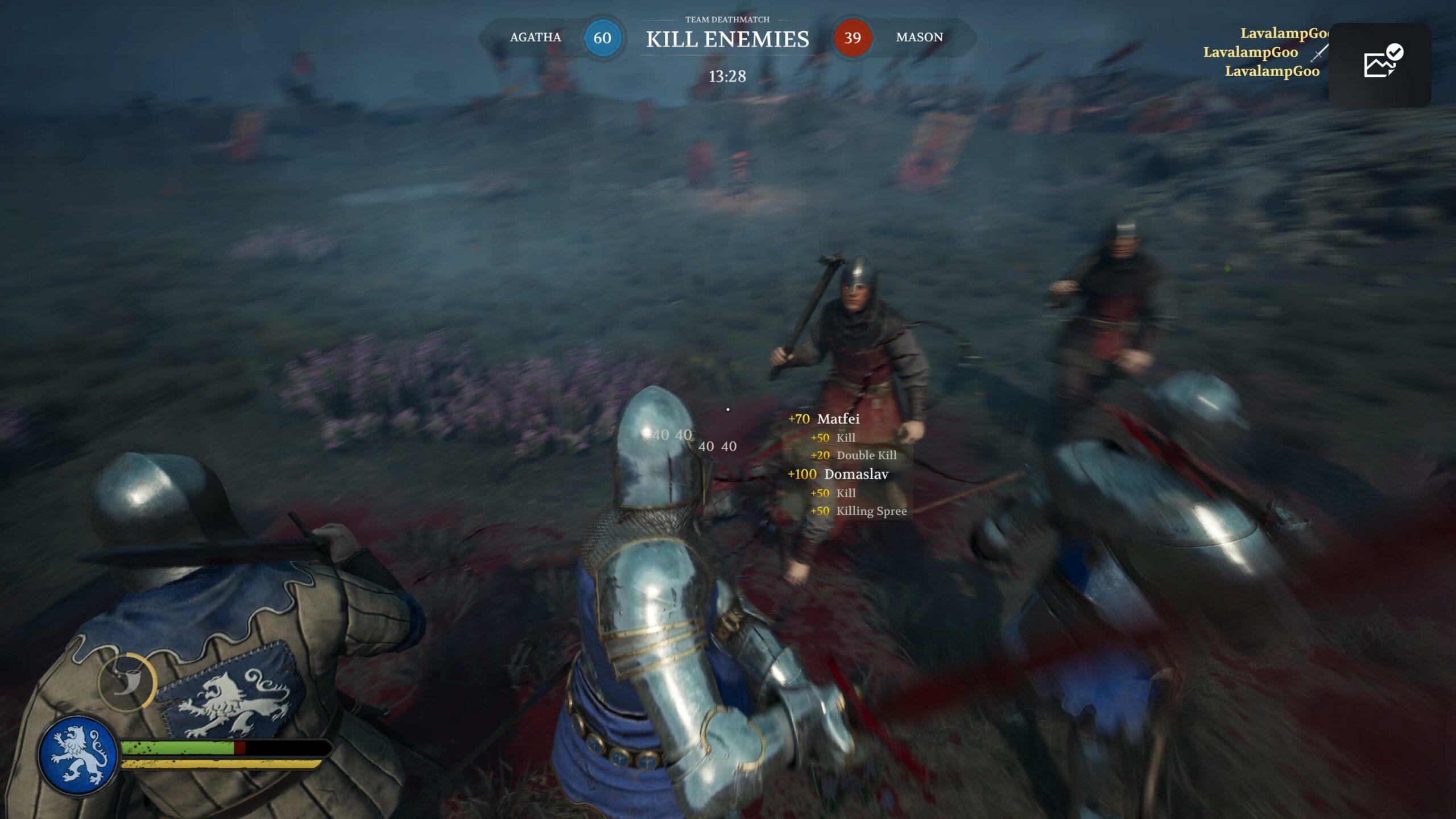 This advice might seem pretty obvious on the face. This is a virtual game about huge melee brawls; of course you don't want to run away. You can just spawn back in if it gets overwhelming. But in the heat of battle, and if you've been learning how to play the Footman, you might sometimes think living to see another day is better than the alternative. But a knight should hold until the very end. You might be the last one left standing with your extra health, but you can still slow down the host of your enemy from advancing too far.

The first thing to remember is to avoid being flanked. If you're outnumbered, some clever clog will probably try and get around or behind you. Use your dash to keep them out of range. Remember that unless you're fighting a pack of roaming Footmen, you probably have the reach advantage on some of your enemies, so try and use that against them.

Most importantly, you want to use your enemies against themselves when taking a last stand. Unlike other multiplayer games, Chivalry 2 demands you keep an eye on your allies as well as your enemies. The first thing to consider is that you cannot run through your allies. This means you can use their own forces to block other troops. Make sure to try and keep as many enemies behind the first line as possible by strafing and change direction when they do. This means you'll be facing off less at a time and able to hopefully score a few kills.

The other way to turn them against each other is friendly fire, as it is always on in Chivalry 2. While the damage isn't as great as your blows against your enemies, it still counts for something. And if your foes are already battered and beaten after a fight, this can be enough to see through to Valhalla.

Tricking enemies into swinging into each other is pretty easy to since most when button mash with abandon at the chance at landing the killing blow. Use your dash to get out the way, then hesitate at the edge of their range so they might try again as a teammate rushes in. And if you keep strafing, they will naturally start focusing on the swing attack to try and catch, which has a much better chance of catching a friend in the thigh.

A knight's job in these situations is to slow down as many of them as possible, especially on an objective-based map. You're not meant to survive here; just make them earn it. So the final piece of advice is to focus on blocking and ripostes rather than initiating the attacks yourself. This gives you the best defense possible while still getting in some damage and keeping the enemies on their toes.