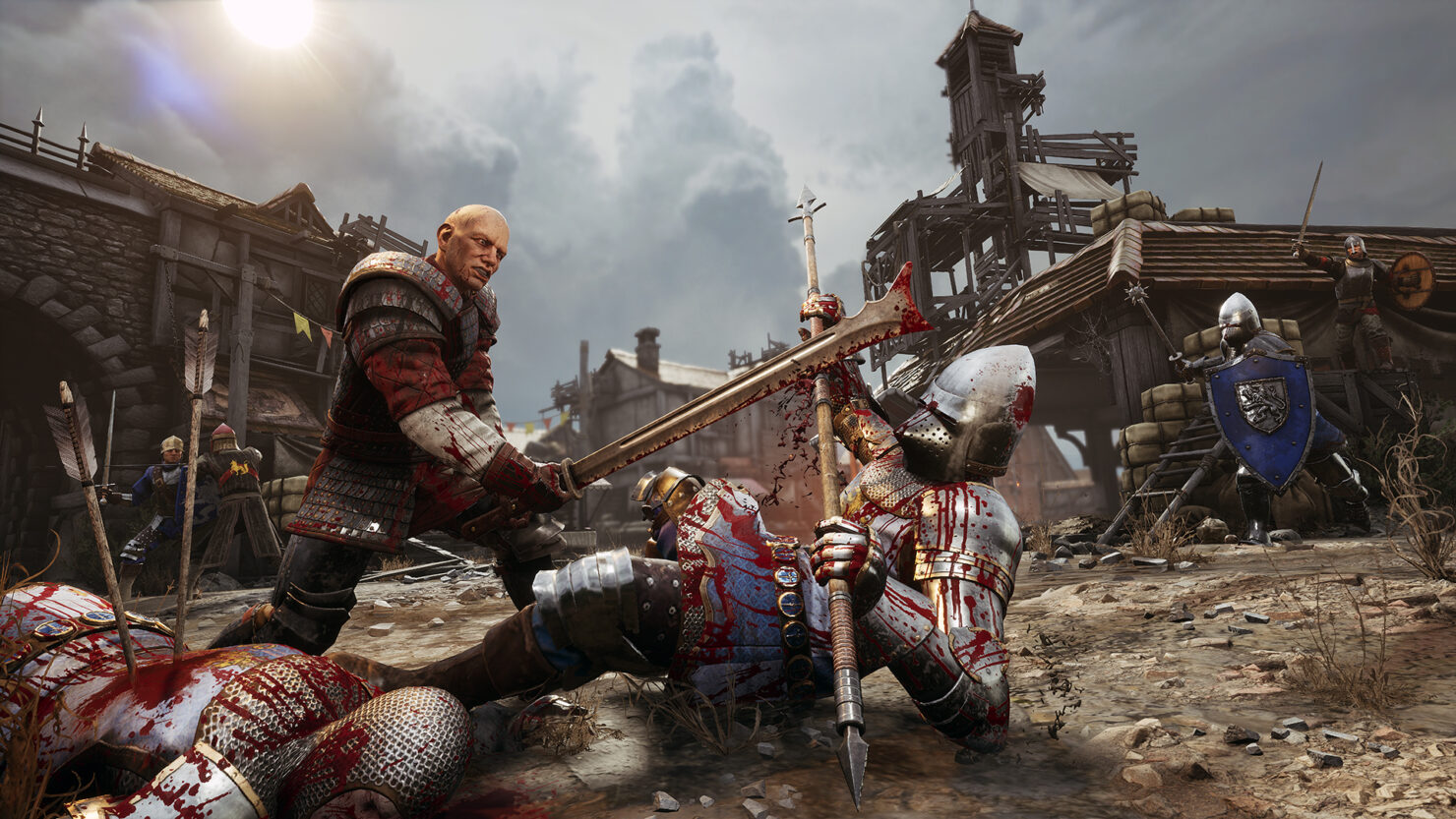 There is no code of honor in Chivalry 2: blood and metal going flying in this medieval combat game where you can get an axe to the head before you even have a chance to lower your visor. With dozens of players, huge maps, and plenty of weapons, the chaos of a battlefield can be a little confusing for the uninitiated, but thankfully this guide will teach a few kids to survive the mud and gore now that the game is out on PC and consoles.

Maps in Chivalry 2 are huge, sprawling corridors that shift as the attacking team takes more objectives. This being a medieval-based game in the loosest sense, you’ll often be fighting over the ramparts of castles, storming villages, or trudging through mud.

As the defender team, this means you will probably have some preferable terrain to defend from, where it be makeshift barricades or immovable stone structures, or even just a tall hill. Whatever it is, you should identify and utilize these advantages instead of forsaking them. If you’re defending castle walls, for instance, stay on the walls. Meeting the enemies in the field might be faster, but the fight will be much more even down there, and you don’t want to play fair.

Likewise, you probably don’t want to charge straight into their defenses as the attacker, or at least you don’t want to keep charging into them. Instead, explore the flanks and quieter parts of the battlefield for routes that may get you around the defenses or right behind them. The defending team will have a natural advantage as long as they use it, so part of your job is to rob it from them. Often, these routes won’t lead directly to the objective, but if you can get the defender's attention away from the frontline, the rest of your team can press the advantage.

It's also savvy to remember that some defenses are deadly too. Siege weapons and old-school artillery can be found across the map, and in the right hands, they can be devastating against the opposing team. These are, however, normally breakable if you hit them enough. Attacking teams might want to think twice about destroying them, though, if it feels like they can take them instead and turn them on the defenders. A good defender will know when they can’t hold the artillery any longer, though, and might want to break it themselves before the other side can get their hands on it. 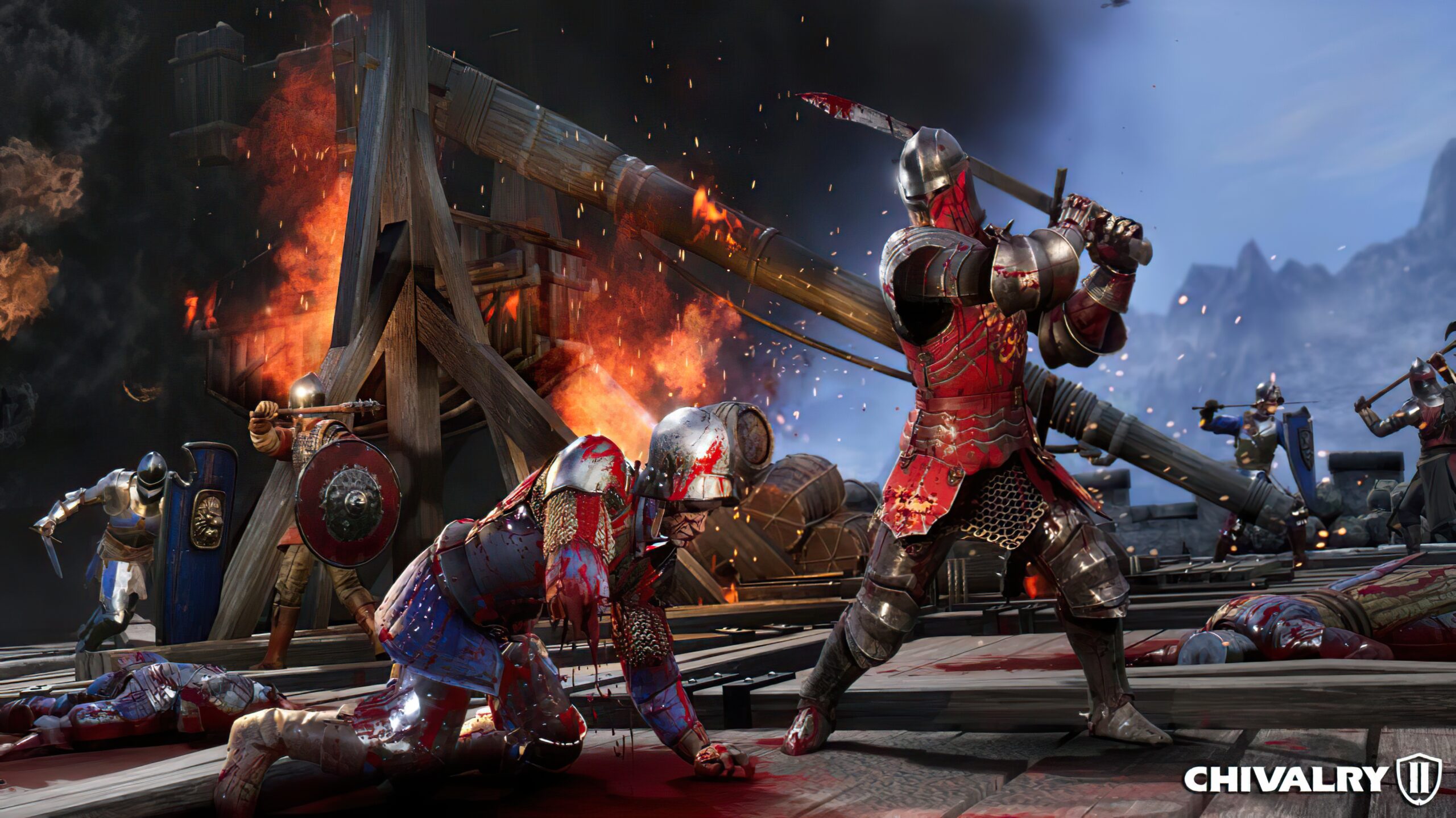 Any good warrior will tell you that luck dictates whether or not you see tomorrow, but there are still a few things that can help turn Lady Luck to your favor, and the first is where you are exactly when the proverbial and literal excrement hits the fan.

When we talk about positioning, we mean where you are in relation to the other people on the battlefield that want to kill you. You might want to throw yourself into the middle of the fray and re-enact your favorite scene from The Battle of the Bastards – and don’t get us wrong, that is a lot of fun – but it's not exactly a productive use of time for a soldier. Once again, you should be looking for opportunities to flank the enemies you can see. Literally just run behind a group of distracted enemies and see how many you can pick off before they turn around.

But if you’ve played any Chivalry game before, you’ll know the most dangerous situation is where you’re facing down multiple enemies at once. This is where positioning becomes more important, life-saving, and difficult. If the enemies feel they have the advantage, they will charge you together and attempt to overpower you. What you want to do in these situations is make that as difficult as possible. To do this, you want to always have one of the enemies in front of another. Think of them as a straight line: they want to have as much of the line facing you, while you want only the smallest point.

Use attacks and your dodge to force one behind the other, and keep doing it. With any luck, you’ll be able to kill the front of the line before anyone behind them can get around. Failing that, keep them busy long enough and a teammate is bound to stumble upon the skirmish and take some of the heat.

It takes a bit of practice, but once you can get your feel for it, this positioning can make you appear capable of taking down whole waves of enemies while you’re actually just having multiple one-on-one fights instead.

While you’re having those one-on-one fights, you should probably start getting an understanding of your weapon. Chivalry 2’s tutorial does walk you through the importance of range when you first start, but a single stationary target is much easier to hit than a roiling mob. And more importantly, you now have teammates to consider.

And that’s because Chivalry 2 has a nice dose of friendly fire to worry about when you're flailing wildly in the middle of the chaos. It is not as powerful as your regular hits against your enemies, but you still don’t want to accidentally kill your own team when you can help it. To resolve this, consider using the overhead swing and thrusts when you’ve got allies on your flank and enemies ahead. These are much more precise attacks that will be far less likely to cut open your friends as well as your foes.

With that out of the way, all you have to do is learn the reasonable distance to swing from, and for the most part, that depends on the class you are playing. Footmen use polearms and therefore have the longest range. Use it to your advantage and try and keep enemies outside of their swing range. Knights come barrelling in with swords and have medium range, letting you stay a few steps away, making it easier to retreat if things don’t go in your favor. Finally, Vanguards are the closest attackers with short weapons like axes. For them, you’ll need to be basically in their face to deal any damage, so make sure to use your speed and surprise to get in close before they can push you back.

And don’t forget, if all less fails, you can throw your weapon too to finish a runner. 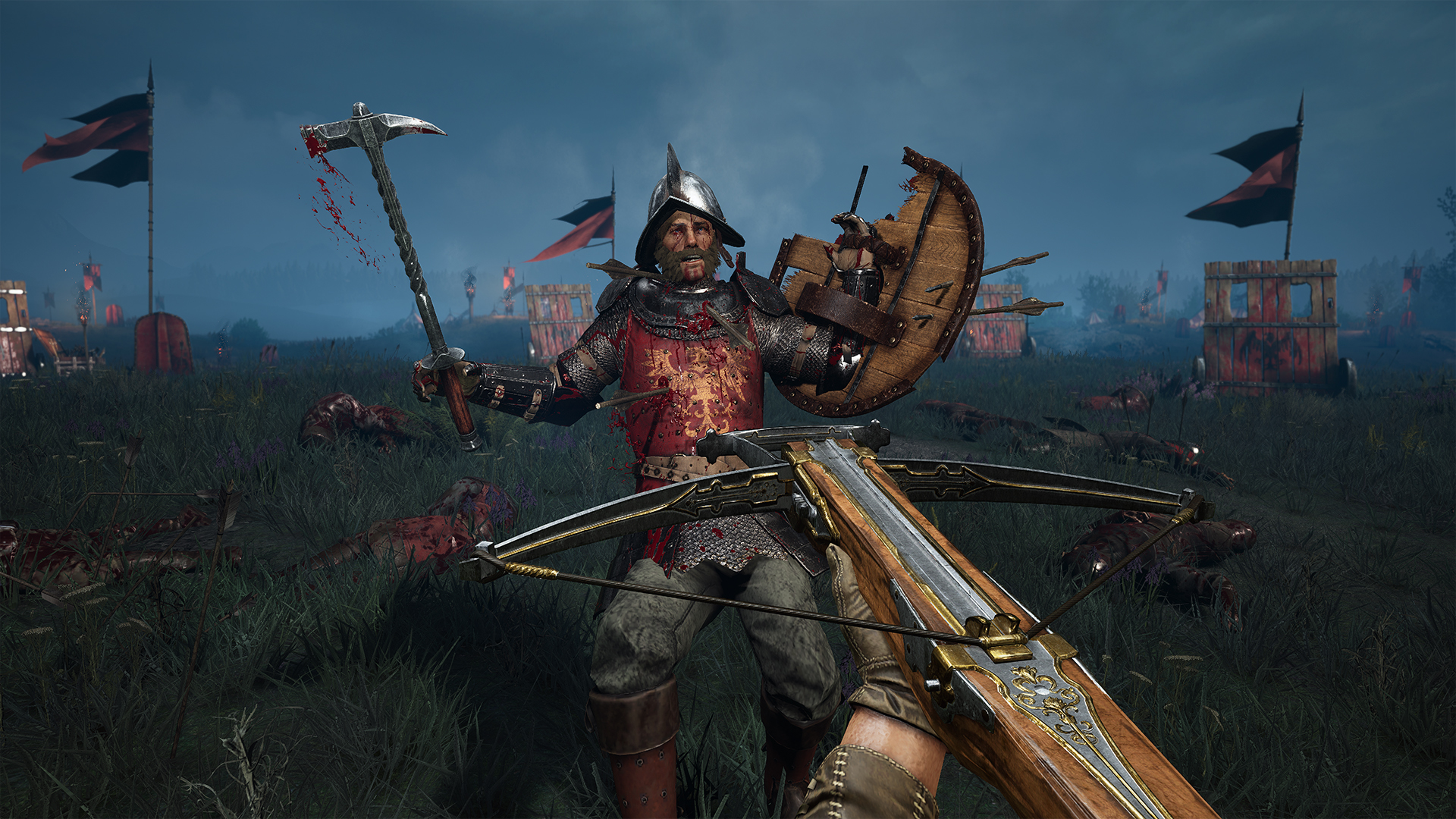 Chivalry 2 wouldn’t be a class-based multiplayer game without an option that absolutely no one likes. Archers are the fourth option available to players; unsurprisingly, they focus on ranged attacks. As a result, you’ll often see these players skirt around the back of the fight and take up any high ground they come across.

While they don’t deal tremendous damage with a hit, they’re definitely still a threat to your long-term wellbeing. More worryingly, their strikes can stagger and interrupt you as you are fighting someone not too scared to look you in the eye. A pesky archer can change the course of the battle if they pick targets well and don’t accidentally shoot their team in the back, so keep an eye out.

If you are finding yourself overwhelming by a hail of arrows, consider these few options to reduce their effectiveness, the easiest of which is to simply get out of the way. If you can put some cover between you and the archers, forcing the melee opponents to follow you, the fight will be much more even as the archers attempt to reposition themselves. This is preferable even if it means giving up a little ground since the respawn of your whole squad will be much more costly.

If that isn’t an option, you’ll have to once again think about flanking them. They will almost certainly have their attention straight ahead, trying to score as many kills as possible and help support their team. If you can get around the sides, you’ll probably be able to sneak right up to them before they notice.

In a close-quarters fight with an archer, you have the advantage but don’t underestimate them. The daggers they carry are fast and sharp so make sure not to get caught after your initial attack.

A medieval battlefield is a dangerous place, and there’s a pretty much certain chance you’ll be killed plenty of times during each Chivalry 2 match. Obviously, this isn’t a battle royale, so you won’t have to worry about finding a new game just because you died. Even better, you’ll have the chance to heal if you can stay out of danger for a few seconds, but that won’t always be an option.

Every time you die, your team loses a respawn ticket. Lose them all and you've lost, so make sure you’re not dying needlessly too often. When you are dead, you have to wait for the respawn timer to countdown before you’re allowed back into the fight.

This timer is constantly ticking over. Upon death, you are added to the group that respawns when it next hits zero. That means sometimes you’ll be waiting for the better part of thirty seconds, while other times you’ll barely have a chance to check Twitter before you’re shouting your war cry again and running towards almost certain death.

There isn’t any way of knowing when the counter is one until you die, so you’re unfortunately going to have to accept that sometimes you’ll be out of the fight for a while. But time and be aware of just how many of your team have perished at any given moment since you know they’ll be out of the fight for a few seconds. It might be worth staging a retreat so your reinforcements arrive earlier, with hopefully a more stretched-out opposing force.