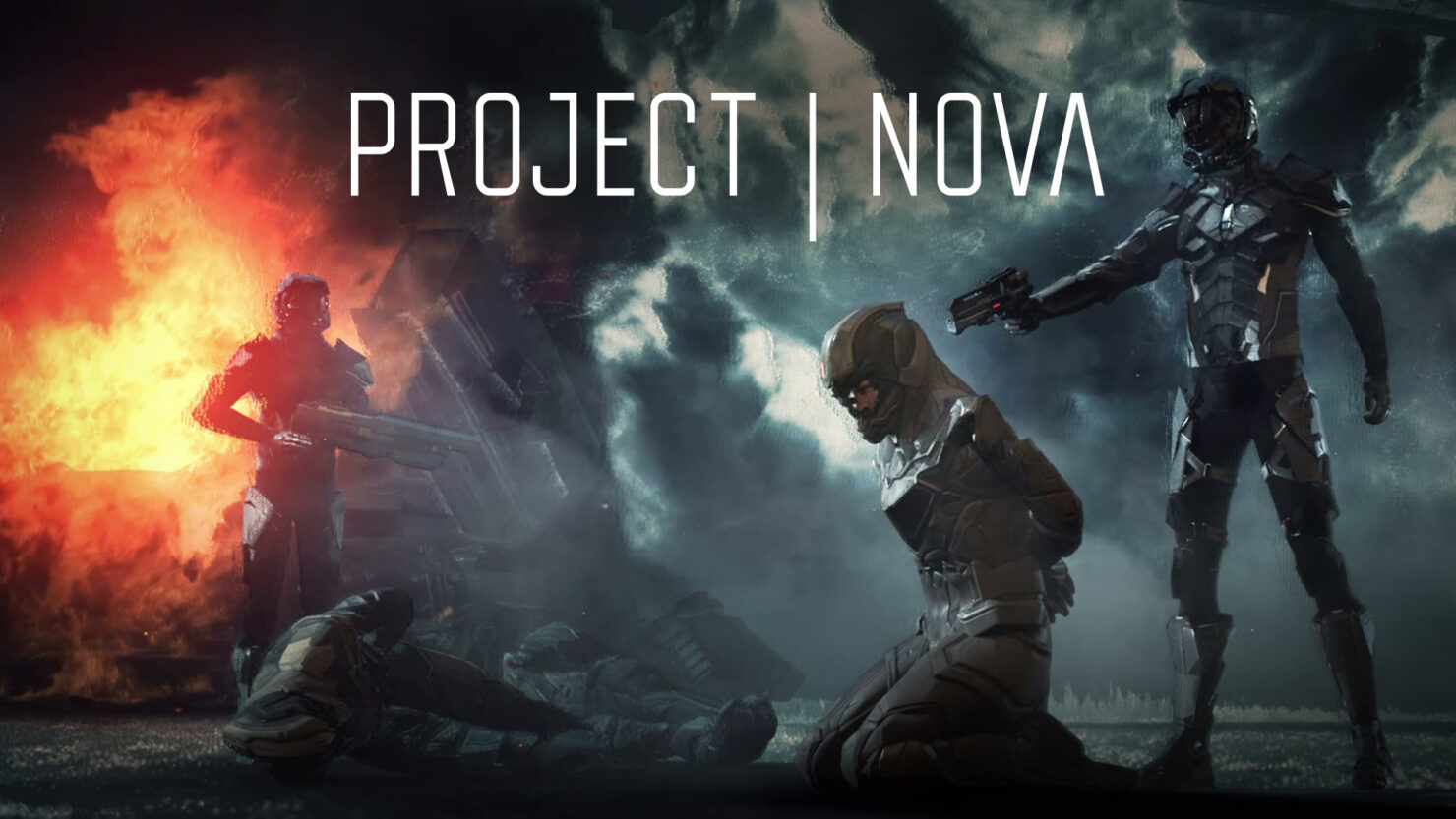 CCP Games (which recently got acquired by South Korean developer Pearl Abyss) revealed that Project Nova, the online multiplayer first-person shooter announced a couple years ago, will enter Closed Alpha this November. In fact, signups are available now on the official website.

Project Nova is playable at this weekend's EVE Vegas fanfest, which means that first impressions should be available soon from attendees. Meanwhile, the developer shared new information on what we can expect to see in this upcoming PC focused title.

Players take on the role of a Warclone, elite clone soldiers carving their own path to redemption against Sansha’s Nation, a totalitarian rogue state built upon brainwashed slave labor and controlled by loyal ‘True Guardians’, a cybernetically-enhanced elite. You have been called to action by AEGIS, the Concord division specializing in defense against external threats. Amid furious boots-on-the-ground battles, the clash of space warfare will roar overhead as players seek to dismantle their operations and prevent the enslavement of their fellow free-willed soldiers by Sansha’s Nation.

Players will face Sansha’s Nation across a multiple-act narrative that utilizes unpredictable procedural objectives and adaptive enemy AI to craft an always-engaging experience. The thrilling moment-to-moment squad-based FPS gameplay enables players to place installments and automated defenses, adding a layer of strategy in the way they engage with enemy forces on a modifiable battlefield. Players choose from a multitude and ever-expanding arsenal of weapons that grow as they progress, unlocking new weapon modifications as they gain proficiency in their chosen arms.

Project Nova’s progression system allows players to easily craft a playstyle unique to them, with a huge variety of customization in abilities, weapons and skills. Dropsuits, a Warclone’s armor, come in three overarching variations: light, medium and heavy, with each having two distinct class variations and all being upgradable. By completing missions and engaging in competitive multiplayer, players can unlock different loadouts with varying abilities, supporting a wide variety of playstyles. All Dropsuits come with built-in equipment, with their power grid determining the type and amount of additional modifications that can be attached.

In PvP mode, along with fighting against the Nation of Sansha for Concord, players can also take on mercenary work. Working as a gun for hire, players will fight each other to gain money and increase their reputation, with each victory adding to their personal standing. Different jobs yield different rewards – some jobs are riskier than others but pay better. A strong progression system and seasonal rewards will ensure players always have a reason to dive back in.