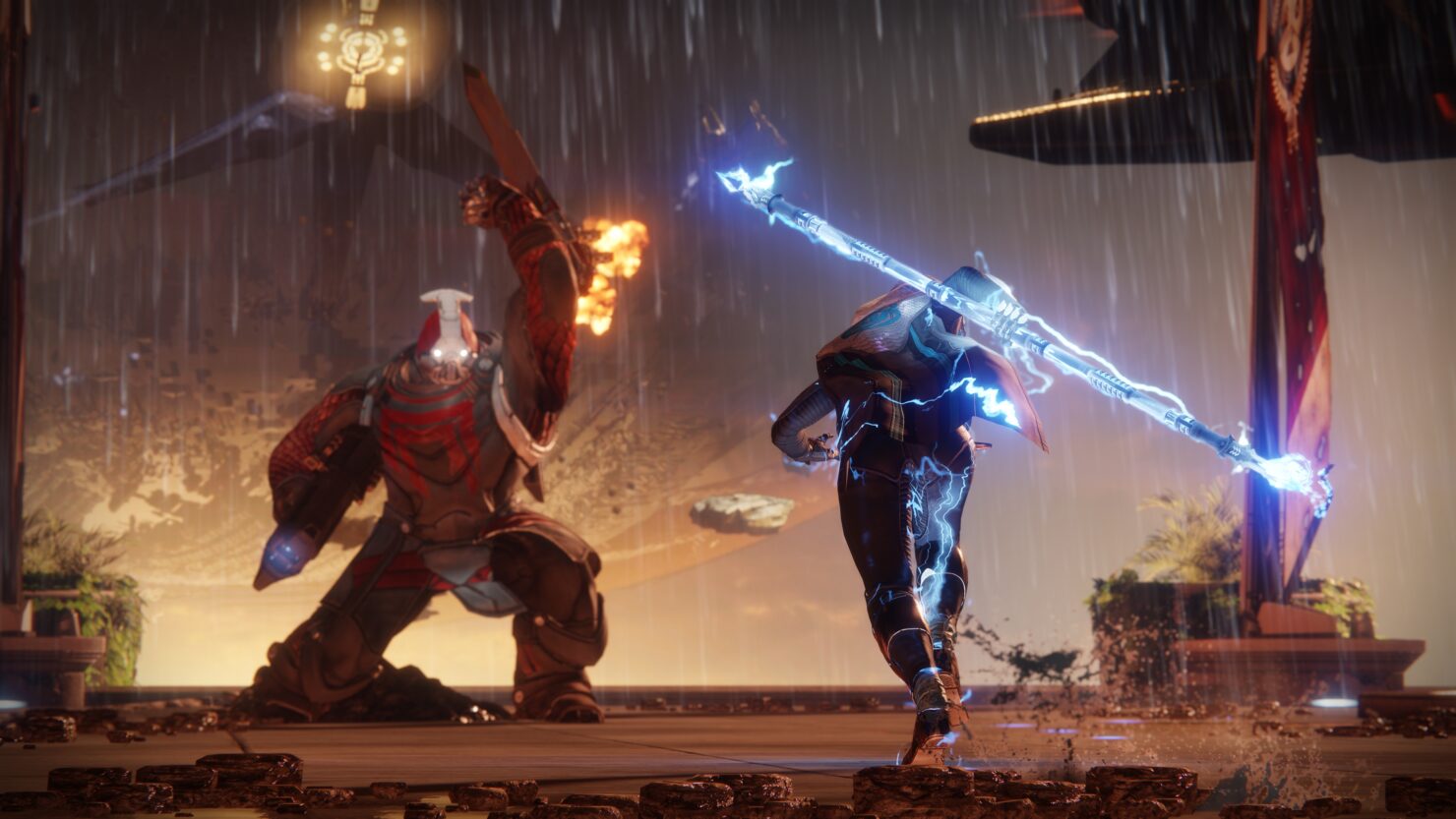 Open world PvE content was one of the major weaknesses in the previous game, and it looks like the developers have spent a fair amount of time addressing it. Between Lost Sectors (non-instanced dungeons with a final boss), Adventures (short side-missions with voice over and unique encounters/mechanics), and improved Public Events (which now have secret objectives that can unlock a Heroic version of that event with better rewards), there should be plenty of PvE content available at Destiny 2's launch.

While Bungie is preparing to release Destiny 2 on PlayStation 4 and Xbox One (September 6th), they're also about to open the servers for the PC beta. As a result, they have shared lots of pertinent information, starting with the default controls (which can be customized to your liking, anyway). 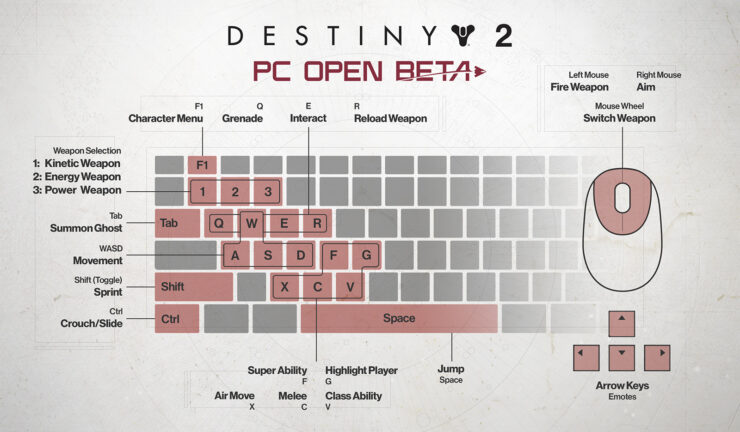 You'll be able to pre-load the beta via Battle.net from Friday, August 25 at 10 AM Pacific Time. Early Access to the beta (available to customers who have pre-ordered Destiny 2) will start on August 28 at 10 AM Pacific Time, while the beta will be playable by anyone starting August 29. Finally, Bungie clarified how the text chat will work as well as the known issues for the PC beta build.

In the PC Beta, you will also have text chat available for sending tactical callouts and witty banter to other players in your Fireteam(/f). You can even whisper(/w) “why does Kyle keeping falling off the edge” or “hey, come run Inverted Spire with me!” to someone on your friends list. There are multiple text chat visual modes you can cycle through(T). After beta, but in time for launch, we plan on adding a Team channel (similar to team voice chat) and the ability to whisper to Clan members.

The Destiny 2 Beta may not run when installed to a folder with some localized character types in its name (e.g. Greek, Cyrillic, Kanji, etc.). Players should ensure that they install the Beta to a path that does not include these character types, or use the default install location.
Players may encounter issues when joining the Fireteam of another player on their same local area network. Players who encounter this issue should ensure that they have UPnP enabled in their network settings.
MSAA is still under development. As such, players may encounter various issues including visual artifacts and performance degradation when using MSAA.
Multi-GPU support is still in development. Players may encounter issues including visual artifacts and performance impacts when using NVIDIA SLI. AMD Crossfire support is not available in the Destiny 2 PC Beta.
The Destiny 2 Beta must be launched from Blizzard’s Battle.net app. If players launch the Beta client directly from the executable, they may receive an error message or the Destiny 2 Beta client may become unresponsive. Players who encounter this issue should close the Beta client through the user interface or by pressing Alt+F4, and proceed to launch the Destiny 2 Beta using the “Play” button in the Destiny 2 tab of the Blizzard app.

Remember to download the NVIDIA and AMD optimized drivers for the Destiny 2 PC beta. The full game will launch on the platform on October 24th.