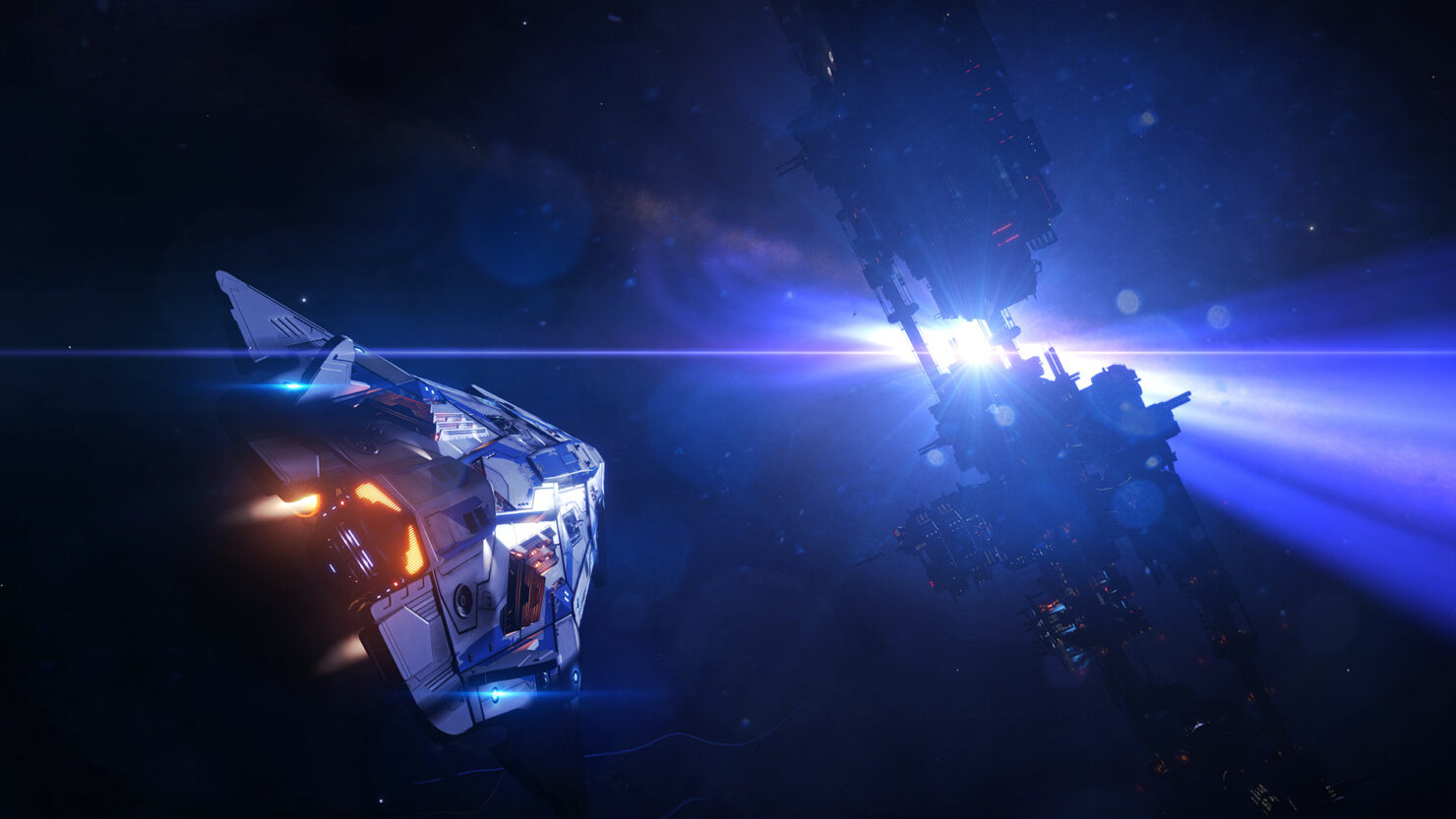 David Braben's name is forever associated with Elite. He developed and designed the game alongside Ian Bell.

Braben then went on to found Frontier Developments in 1994, a development team which mainly became known for the RollerCoaster Tycoon series. However, he wanted to get back to Elite and after vainly searching for a publisher, he turned to Kickstarter and became one of the hot stories of the first crowdfunding wave, raising £1,578,316.

The game turned out to be a success, surpassing two million units sold in December 2016. It also recently launched on PlayStation 4, after the PC and Xbox One debuts.

Speaking with Rollingstone's Glixel, Braben shared his hope that Elite Dangerous could keep going for another ten years or so. Interestingly, he also revealed that the upcoming title in development at Frontier, based on a "movie franchise of worldwide renown", will launch next year.

I hope not. It's down to fans engaging with it, to be honest. But I would very much like to see it still going in 10-plus years. We might change things but, we'd like to keep the same basic idea. What's next? We brought out Planet Coaster in November, and it's done very well for us. We've got over 120,000 objects in the Steam Workshop that were created by users.

We've also announced that we'll be working on a third franchise which we'll be talking about this year. It's a license of a movie franchise of worldwide renown. It's because we're a listed company, and that we have to announce things that might be deemed "market-sensitive," but we didn't want to announce what the franchise was. But it's a biggie. We want to have the materials to do it. We talked to lawyers, and that's the form of words that most exactly matches that, without giving it away. That's coming in 2018.

We don't know much about this title, but Frontier should reveal more this year, possibly at Gamescom in late August.