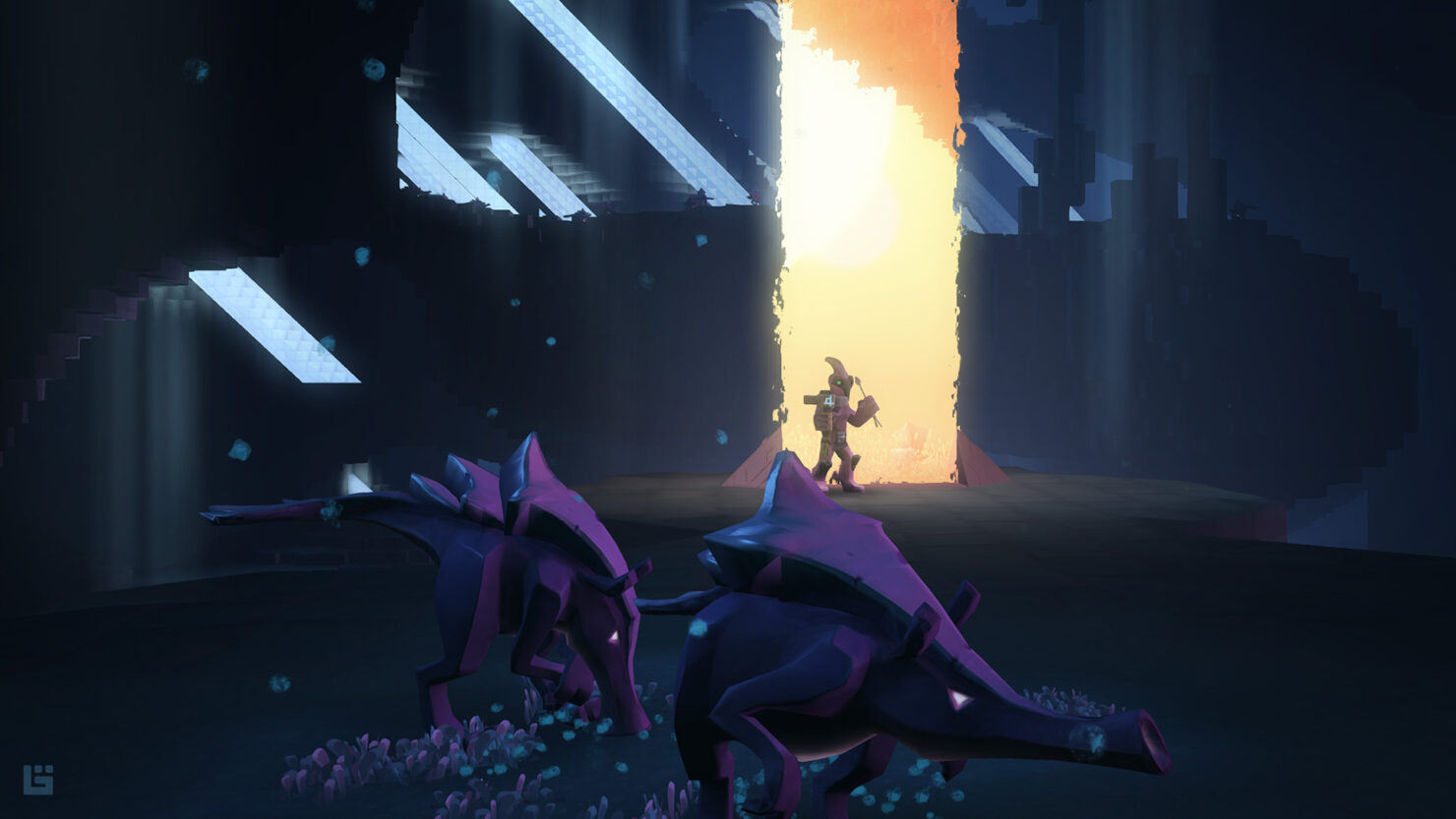 After almost four years on Steam Early Access, the sandbox MMO Boundless is ready to set sail towards its full release, scheduled for September 11th. The game will be available on both PC and PlayStation 4 with full cross-play functionality.

Throughout its Early Access run, we’ve watched players flourish within Boundless’ evolving universe. Now, with our full launch in September, we’re excited to see where they take the full game - especially given that PC and PS4 gamers will all be operating within the same space, crafting and creating with each other within the same worlds.

Phil Elliott, Director of Indie Publishing at Square Enix West (which will publish the game on PC), added:

For a game like Boundless, which relies on the community to create a constantly evolving universe, allowing every player, in every region, on every platform, to play together was always vital. Because one of the really important, unique aspects of Boundless is that - whichever path you choose within the game, and whichever role you play - you do it in a single, unsharded universe in full view of the entire player-base. Which means that your actions have real meaning.

In a vast universe of connected worlds, the choice is yours.

Explorer? Builder? Hunter? Trader? Crafter? Discover your place in the massive open-universe sandbox of Boundless. Watch the sunrise on one world before hunting down rare creatures on another. Explore dark caverns alone or build an empire with friends. Mine, trade or battle for resources. Can you unearth the elusive Oort technologies?

Will you build a shop, sell your treasures, craft amazing contraptions? Do you yearn to join epic hunts, claim your land or seek new worlds? Everything you do could impact a universe that's constantly changing - Open a Portal and expand your reach across the universe as you shape your citizen, define your role, and become Boundless.

Join the Great Transmigration and explore the Known Worlds of Boundless. Each world is full of unique inhabitants and resources, ripe for discovery. With your trusty Totem in hand and the ability to build Warp Conduits, you can pinpoint locations on other worlds and travel seamlessly between them. No waiting. No loading.

Discover and use materials to build your base. Craft Beacons and claim land as your own, protecting all your beloved items within it bounds from other Players and from sacrifice to the land. Use special tools to tweak and transform blocks into ever more interesting and unique structures. Your imagination is Boundless.

Master the art of crafting! Create weapons, tools, building materials, and a whole host of other technologies waiting to be discovered in the Known Worlds. Use advanced Crafting Machines to build ever more sophisticated items and further your potential. Forge your legacy.

Hunt down creatures of all shapes and sizes scattered throughout the Known Worlds. Each world has challenging creatures to discover, each requiring different strategies to best. Get ready to take them on!

Everything bought and sold in Boundless is generated by you, the players. Buy and sell items through player-owned shops, and compete with others to become the most successful trader on the planet... or maybe in the universe!

Boundless is a sandbox MMORPG that enables player collaboration. You can choose to play solo, or join up with friends or players from all over the world. Explore, defeat dangerous creatures, gather rare resources and build a colony together.