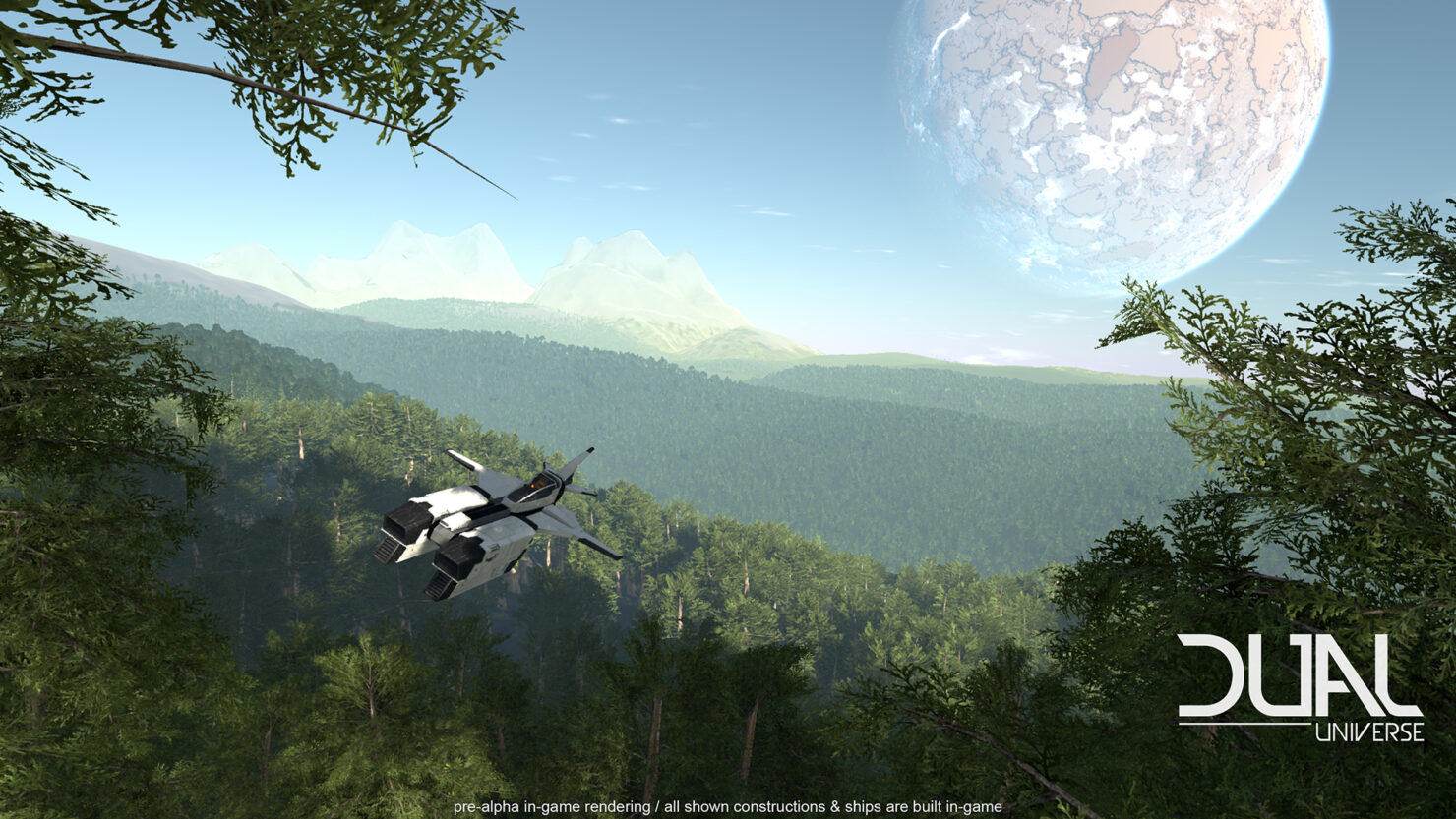 Played in first person view, Dual Universe takes place in a vast realistic universe made of millions of planets, and focuses on emergent collective gameplay based around exploration, mining, crafting, trade, politics and warfare.

The concept of Dual Universe is described by Novaquark as a “Boundless MMO”: based on an innovative server technology called CSSC (Continuous Single-Shard Cluster), the game enables everybody to play in the same world, at the same time, without any slicing of the game universe into instances or zones. In addition, for the first time in a single-shard MMO, the world is entirely modifiable and an unlimited number of players will be free to build together, cooperate or compete. The focus has been made on giving the keys back to the MMORPG fans: using the building blocks provided by the game, the in-game community will make the choices and create the content they will play in.

Developer Novaquark sports a team of 25 with veterans from Ubisoft, Sony, Apple and Aldebaran Robotics. Founder Jean-Christophe Baillie is an expert in Artificial Intelligence and Robotics, having worked for Sony CSL and as Chief of Science & Technology at Aldebaran Robotics (creators of the Nao Robot). He released the following statement:

I am a huge fan of games like Eve Online and Space Engineers. I took inspiration from such games to imagine what could be the future of the MMO experience: a continuous world with planets, huge building possibilities, social and political aspects, but without the boundaries that so often restrict the gameplay. This idea needs a lot of tech and emergent game design that is not so far from AI and other fields I’m familiar with. So, I got a first prototype working back in 2014, and Novaquark was born soon after.

An Alpha version will be available at the beginning of 2017. Here's a list of features, though you can find out even more about Dual Universe from the official site.