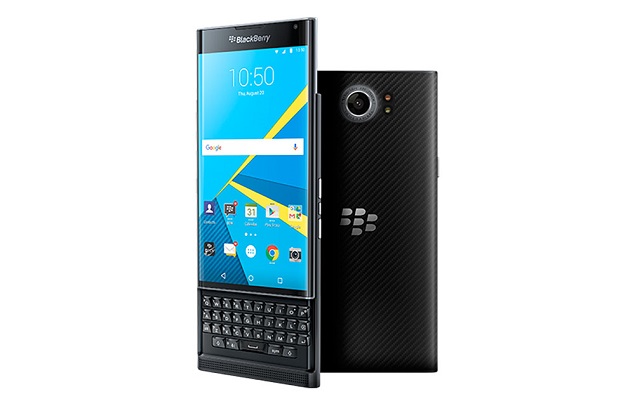 Remember BlackBerry PRIV? BlackBerry's first Android-powered device released two years ago? While that's not too long a period for a smartphone but BlackBerry PRIV owners are in for an unpleasant news.

Today, BlackBerry announced that it won't be rolling out any more security updates for the device. While BlackBerry kept rolling constant updates for the standard two-year update warranty period that every Android device comes with, it won't get these monthly updates anymore.

BlackBerry's Alex Thurber published a blog post stating that the company won't roll out monthly updates for the PRIV anymore. However, he did assure that the device is safe perhaps safer than other devices in the range. He also promised that the company will continue supporting the loyal users should any issue arise. Although BlackBerry PRIV never got updated to even Android 7.0 Nougat, BlackBerry did support it for full 23 months in terms of security updates. Thankfully, the company will soon open a trade-up for the PRIV, BB10, and BBOS devices.

When we introduced our first Android device more than 24 months ago, we committed to delivering 2 years of monthly software updates for the PRIV. True to our word, we fulfilled this commitment though in truth, the PRIV's built-in security posture had little need for many of the updates we delivered in conjunction with partners such as Google and Qualcomm.

Having now stepped outside the original 2-year window, we will no longer be delivering monthly updates for the PRIV moving forward. That said, we continue to support our loyal users as follows:

First, we will of course fulfill all warranty obligations for the PRIV.

Second, as outlined above we believe our phones are inherently more secure because of the way they've been designed with security features from the inside out.

Third, should a critical vulnerability be exposed we will engage our partners as needed to develop and deliver necessary patches.

Fourth, we are thrilled to announce that with our partners at BlackBerry Mobile we will soon be introducing a trade-up program for current BlackBerry customers who are still using the PRIV as well as those holding onto BB10 and BBOS devices. Stay tuned for details and get ready to upgrade to a BlackBerry KEYone or Motion, the most secure Android smartphones on the planet.

The trade-up program will most likely let PRIV, BB10, and BBOS users buy BlackBerry KEYone or Motion at a discounted pricing. We think that only BlackBerry loyalist would be inclined towards the program, as for standard PRIV owners, they have better options outside BlackBerry ecosystem.

The OnePlus 5, Huawei P9, Smartphone Accessories And Cellular Smartwatches Are Up For Limited Time Discounts Of Up To $150