After releasing a phablet sized iPhone 6 Plus in order to target the large screen size smartphone market, Cupertino tech giant has introduced its Apple trade-in program where Android smartphone owners will be able to exchange their old devices, and receive credit to purchase a brand new iPhone. The offer will be available to consumers as soon as they set foot in any one of Apple’s retail stores. No doubt the company is looking to tighten its grip in the smartphone market as well as influence those consumers who have gotten a little tired of using their Android smartphones. 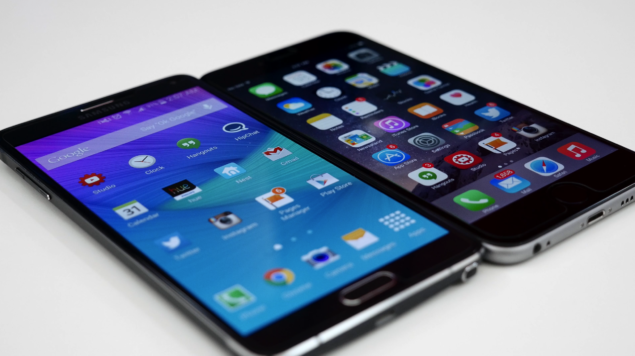 According to a source, Apple trade-in program is not just going to target Android smartphone owners, but those who are in possession of a Windows or BlackBerry device as well. Currently, all of the aforementioned device owners who exchange their smartphones will be receiving credit that will allow them to purchase any one of the following, as long as they have sufficient credit to purchase.

Unfortunately, Apple has currently not announced any details concerning an offer to trade-in an Android, Windows or BlackBerry smartphone for an Apple Watch. This is not the first time that the tech giant has introduced its trade-in program. While there was an early Apple trade-in program, it was only concerned with consumers looking to exchange their non-Mac computers with a Mac one.

Additionally, Apple had also launched its first standard iPhone Reuse and Recycle trade-in program back in 2013. Later on, the company had branched out that program to its iPad lineup. Consumers looking to trade-in their Android, Windows or BlackBerry phones must be residing within the geographical boundaries of the following regions in order to take advantage of the Apple trade-in program:

A similar version of the iPhone trade-in program that does not support non-iPhones is going to launch this week in China.