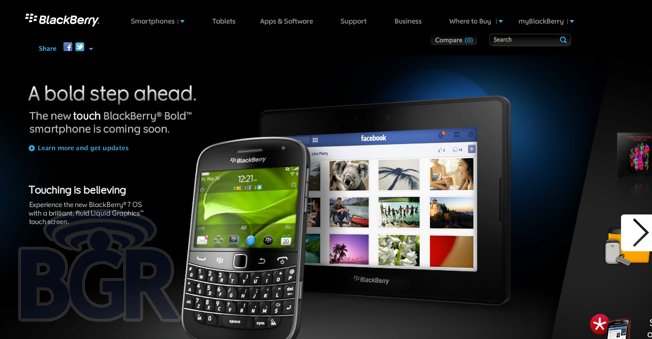 RIM (Research In Motion) has officially announced the new BlackBerry OS 7. The new Operating system which if formally known as BlackBerry 6.1 includes new features such as HTML 5 and a new Just-In-Time (JIT) JavaScript engine to the browser, BlackBerry Balance Support, enhanced universal search, and a new “Liquid Graphics” theme.

The new OS will debut on the recently announced BlackBerry Bold 9900/9930 Smartphone's however the current BlackBerry devices wont be upgraded to the new BlackBerry OS 7.