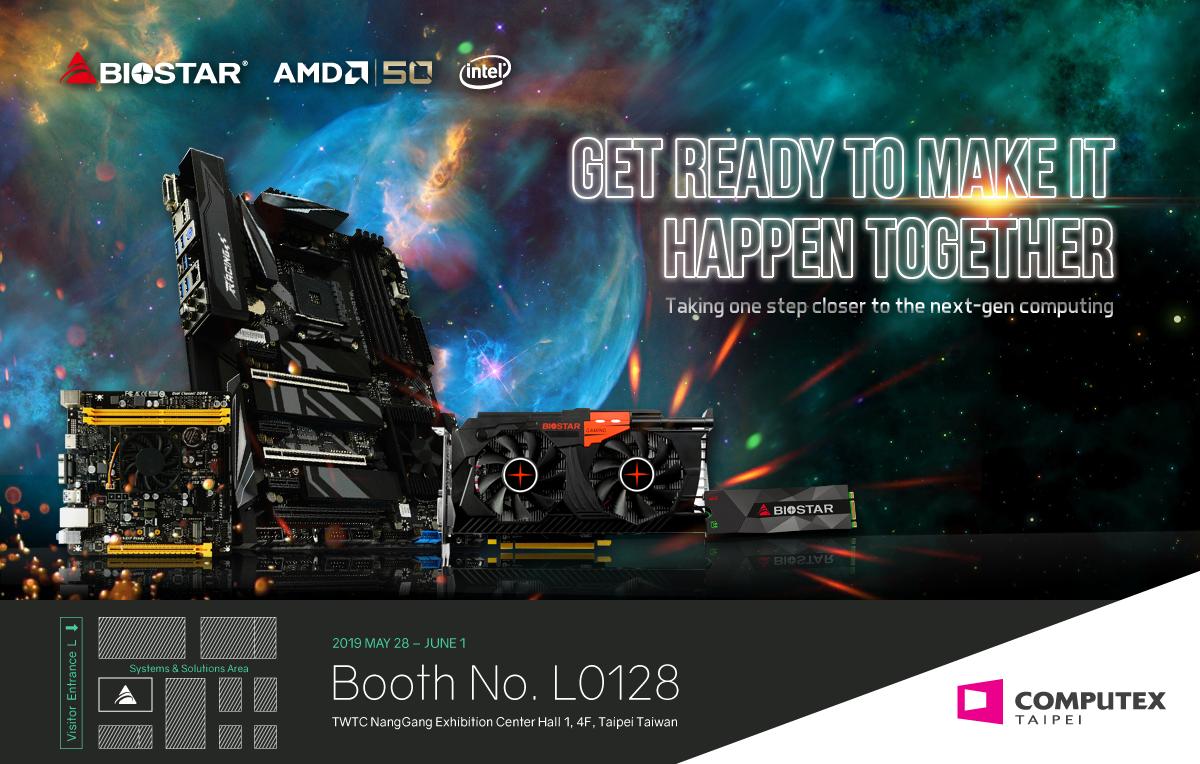 BIOSTAR has teased their upcoming and flagship AM4 motherboard which would feature the X570 chipset to support next-gen AMD Ryzen 3000 series processors. The X570 board was teased within a PR that confirms that motherboard manufacturers will have X570 motherboard being displayed at their respective Computex 2019 booths.

Update: ASRock has also teased their next-generation X570 Phantom Gaming motherboards which would include at least two flagship designs with some serious heatsink designs which will be more aggressive and feature an updated Polychrome RGB system to display more vivid RGB lighting. The motherboards would be showcased by ASRock at Computex 2019.

A hint for the upcoming series ?

The motherboard which is pictured seems to be a top of the line X570 racing series product from BIOSTAR. It seems to feature a full black color theme with silver accents that are part of the racing series lineup. The VRM is cooled off by two metallic fin heatsinks and we can also see the AM4 CPU socket next to the four DDR4 DIMM slots. The motherboard battery tray is located right next to the I/O cover which should be easier to approach if you're using multiple expansion cards which can make reaching the battery a hassle. 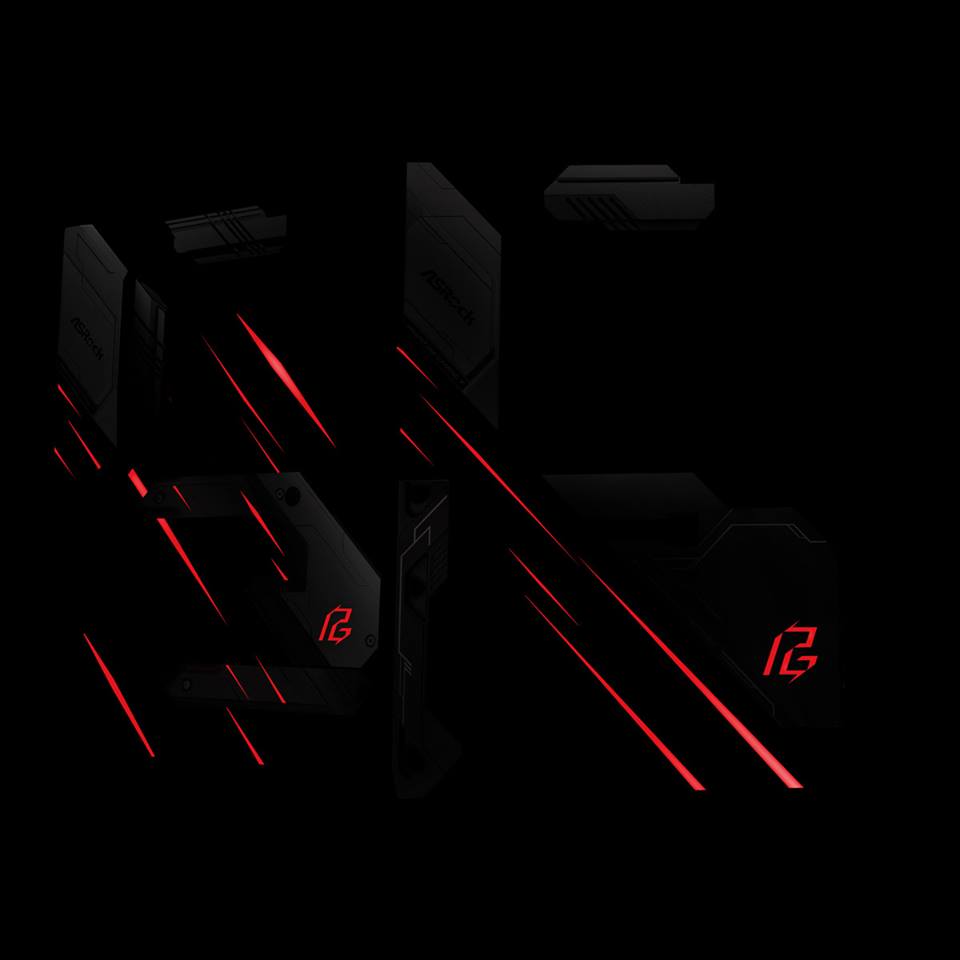 The motherboard comes with three PCIe 4.0 x16 slots, two of which are protected by a metal brace. PCIe Gen 4 is confirmed for AMD's X570 platform so we should see all future AM4 boards supporting the new standard. There are also three PCIe 4.0 x1 slots which can be used for network or storage AICs. There are three M.2 slots out of which one is full length. All M.2 slots feature the heatsink to keep your NVMe drives running cooler. The PCH heatsink which is situated on top of the X570 chipset is actively cooled by a 7-blade fan. 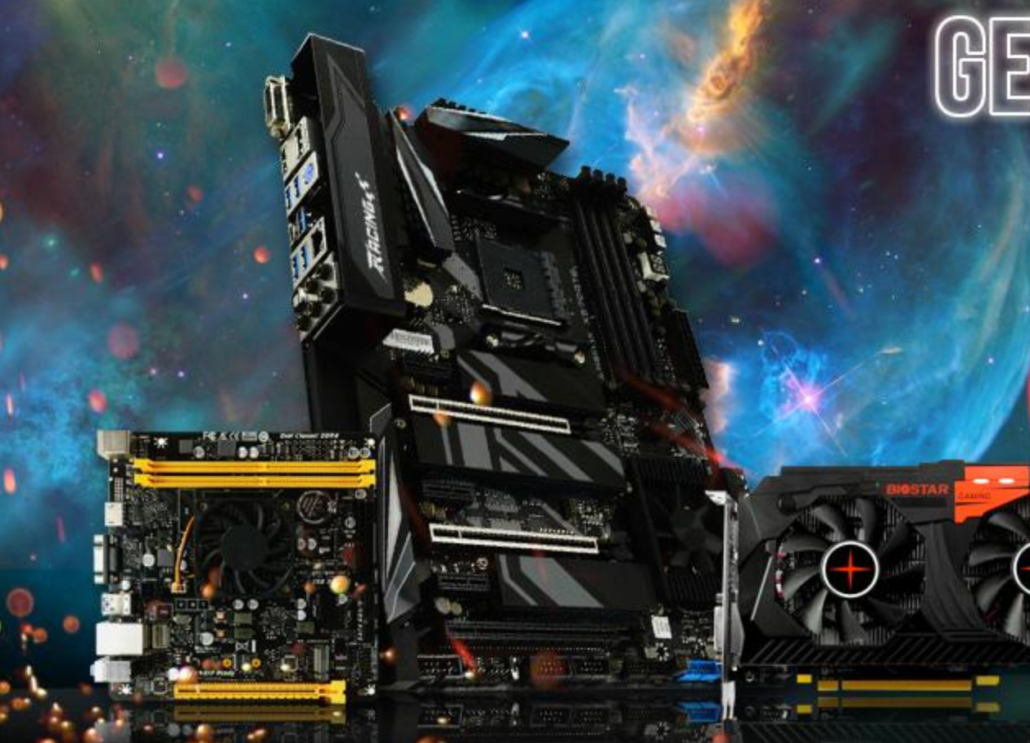 BIOSTAR is going to provide the user the ability to switch if off or on for lower noise. On the I/O, we get a range of connectors which include DisplayPort, HDMI, DVI, PS/2, four USB 3.1 Gen1, two USB 3.1 Gen 2 (Type-A + Type-C), a Gigabit Ethernet LAN port and a 7.1 channel HD audio jack. The X570 Racing motherboard from BIOSTAR seems like a very solid option. From what I can tell by reading the PR, I think BIOSTAR will have more than just one X570 motherboard displayed at their booth. 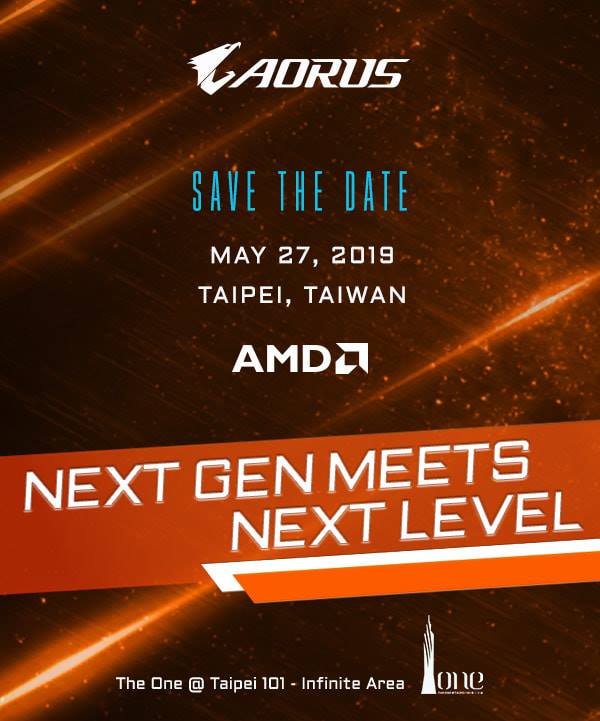 Gigabyte/AORUS will also be presenting their own next-gen AMD X570 motherboards at Computex 2019 so make sure you stay tuned for our Computex coverage coming in next month, starting 26th June. AMD themselves will be holding their keynote on Computex opening on 27th May which shall mark the official announcement of Ryzen 3000 series and X570 motherboards.