In an official press release, the Taiwan External Trade Development Council has confirmed that AMD's CEO, Dr. Lisa Su, will be presenting the Computex 2019 opening keynote on 27th May, 19. During the keynote, AMD's President and CEO will be presenting a range of new technologies that will utilize the brand new 7nm process node.

Computex will officially kick-off on 27th May in Taiwan at 10:00 AM (Monday). The event will be live-streamed to the public and AMD's CEO will be presenting the opening keynote for the event. AMD's keynote will also set the stage for next-generation technologies announcement where Dr. Lisa Su can introduce their next-gen 7nm products, especially the Ryzen 3000 series processors and next-gen Radeon RX Navi GPU based graphics cards.

"COMPUTEX, as one of the global leading technology tradeshows, has continued to advance with the times for more than 30 years. This year, for the first time, a keynote speech will be held at the pre-show international press conference," said Mr. Walter Yeh, President & CEO, TAITRA, "Dr. Lisa Su received a special invitation to share insights about the next generation of high-performance computing. We look forward to her participation attracting more companies to participate in COMPUTEX, bringing the latest industry insights, and jointly sharing the infinite possibilities of the technology ecosystem on this global stage."

AMD confirmed that they will be introducing the said next-gen products, offering key details as to what the general audience should expect from the respective CPU/GPU lineups. Now I've been stating this for a while that AMD's Ryzen 3000 series and Radeon RX Navi GPUs always had their announcements planned for Computex 2019 but it looks like we may get a launch later in July as previously reported.

Looking at the current schedule and 7nm roadmap, AMD could push the launch ahead and go live with these products at Computex 2019 but if that doesn't happen, we should still expect to hear some good details including a live demo of the final Ryzen 3000 series processors during the event.

Upcoming products include 7nm AMD EPYC datacenter processors, 3rd Gen AMD Ryzen desktop processors and graphics cards based on the next-generation "Navi" architecture - all of which are designed to create exceptional experiences for gamers and creators as well as help solve many of the toughest challenges in our lives. During the CEO Keynote, Dr. Lisa Su and other high-profile guests will highlight new details of upcoming products and showcase how the industry is building a new high-performance computing ecosystem that will push technology to the next level. 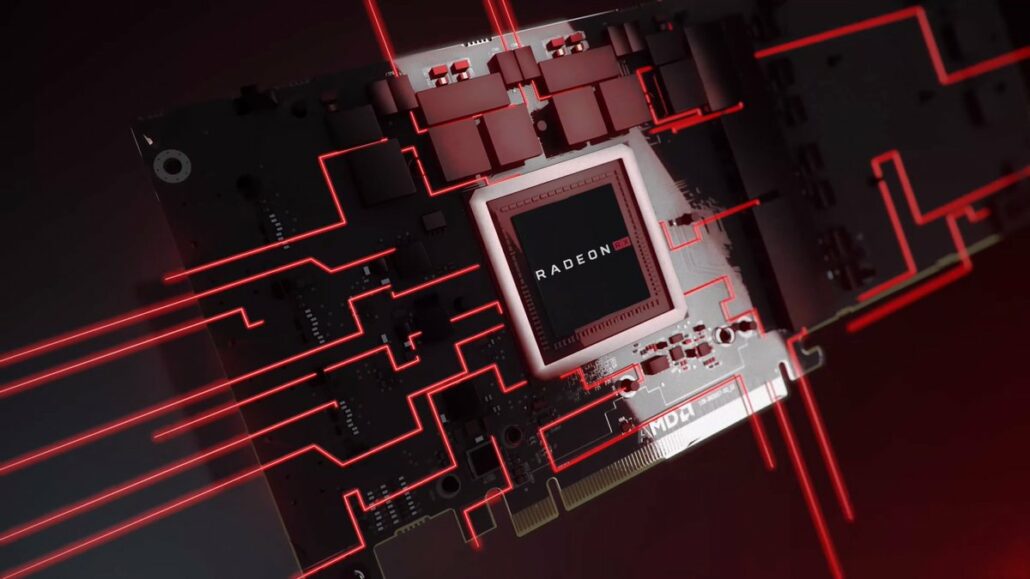 As for the AMD Radeon RX Navi GPUs, we are looking at a mainstream lineup which would replace the 14nm Polaris based Radeon RX 500 series family while offering better performance per watt and also some modern graphical features such as Variable Rate Shading and the supposed support for Microsoft's DXR API. Now, it's not confirmed whether AMD RTG would be talking about the actual products or the underlying architecture of Navi GPUs. Currently, it looks like they will only be giving us an overview of the architectural details with a proper launch scheduled for mid or second half of 2019.

In addition to the mainstream parts, AMD will also be lifting the wraps off of their 7nm EPYC Rome processors which will battle with Intel's Xeon processor in the server space. Recent reports suggest that AMD is all set to take away major market share from Intel with their upcoming 7nm datacenter processors featuring up to 64 cores and 128 threads. We will be at Computex to bring you the latest news from the event floor as soon as they arrive so stay tuned for the coming month.