Following the release of BioShock Infinite, there has been no new entry of the popular series. The closing if Irrational Studios definitely impacted the series, but it seems like publisher 2K Games, which now own the rights of the IP, is going to release something related to BioShock in the future. 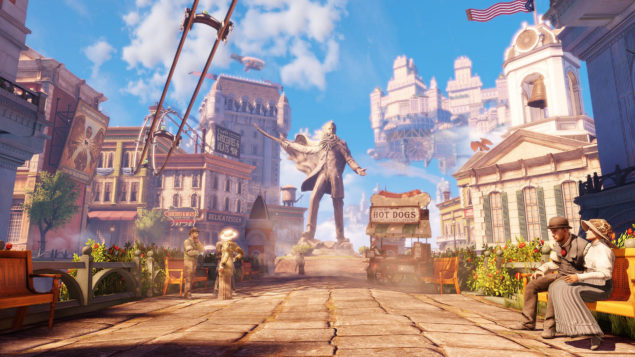 Earlier today a rating for a yet to be revealed BioShock: The Collection has been discovered on the Brazilian Advisory Rating Board website. The collection is apparently going to be released on PlayStation 3, Xbox 360, PlayStation 4 and Xbox One.

While the release of this collection wouldn't be remarkable at all for PlayStation 3 and Xbox 360 owners, it would definitely make those who want replay BioShock, BioShock 2 and BioShock Infinite on PlayStation 4 and Xbox One with improved graphics happy. It's too soon to celebrate, however, as BioShock: The Collection has yet to be confirmed officially.

The latest entry of the series to get released on consoles and PC, as mentioned above, is BioShock Infinite. The game is set in the year 1912 and follows main character Booker DeWitt as he travels to the floating city of Columbia to find a young woman name Elizabeth, who has been held captive in the city for a very long time. Meeting Elizabeth and witnessing her strange powers makes Booker realize why she has been captive and learn more about the city's dark secrets.

In contrast to the previous entries of the series, BioShock Infinite features more dynamic combat thanks to a more open setting. Some of the staples of the BioShock series, however, are still present in BioShock Infinite, such as Gears that offers unique attributes, psychokinetic powers and more. The addition of Elizabeth, controlled by the AI, opened up a lot of interesting gameplay possibilities which vastly enhanced the experience.