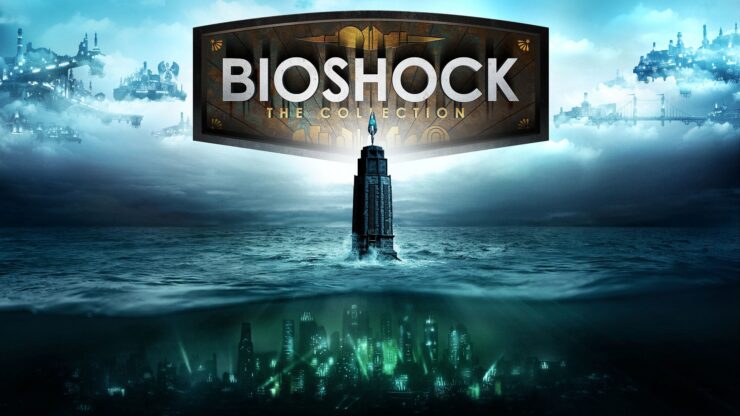 Following plenty of rumors and leaks over a past few months, 2K Games has finally announced BioShock: The Collection, a collection pack that includes the original BioShock, BioShock 2 and BioShock: Infinite with remastered visuals for current-gen platforms. Now, along with free PC upgrade, the developer has officially confirmed that all of the games included in the collection pack will run at native 1080p resolution with “up to” 60 frames per second across PC, PlayStation 4 and Xbox One.

BioShock, BioShock 2 and BioShock Infinite Will Run at Native 1080p With "up to" 60FPS Across All Platforms

It has been nine years since 2K and Irrational Games released the first BioShock game to a ton of praise. The series continued with BioShock 2, which came six years ago, and BioShock Infinite, which landed on PC and the seventh generation consoles in 2013 to collect a number of awards and millions in sales. The publisher is now putting all the critically acclaimed games of the series in one box and giving them a makeover for release on PC and current-gen consoles.

With upgraded graphics, all the games in BioShock: The Collection come with upgraded technical standards as well. A 2K Games representative recently confirmed with GameSpot that the games will run at a native resolution of 1080p with “up to” 60 frame rates per second on the current-gen platforms.

The publisher has also confirmed that PC players may be able to get their hands on the enhanced games included in BioShock: The Collection without paying any price. Those who already own BioShock, BioShock 2, and/or the Minerva's Den BioShock 2 DLC on Steam can get a free upgrade to the remastered version of the respective title(s).

Note that BioShock Infinite is not included in the free upgrade because the game is not being remastered on PC. The reason behind that, according to the developer, is that “it already meets current-gen console standards and runs smoothly on high visual settings.” Also note that BioShock: The Collection will not include BioShock 2 multiplayer.

BioShock: The Collection is set to launch on PC, PlayStation 4 and Xbox One later this year on September 13 in North America, on September 15 in Australia, and internationally on September 16.

‘Bioshock Collection’ Might Be Coming To The PS4 and Xbox One