I'm not actually certain if my time with MXGP Pro is déjà vu or déjà vécu right now. The former is a feeling of familiarity, where there's just something there and you feel you know it. Déjà vécu, on the other hand, is a feeling of recollection. A feeling that you have already lived through that moment. The more you know.

So, following that little public service announcement, what do I think about MXGP Pro? The astute among you have likely already figured out that I think the game is a little too similar to older titles. It doesn't really help that, this year alone, I've reviewed three titles by Milestone. Monster Energy Supercross back in February. Gravel I reviewed in March. Just last month brought MotoGP 18. Maybe, just maybe, it's time for a break.

I think I need to say this at the start, I actually really like MXGP Pro. It's a good game and the best dirt bike racing game on the market now. Milestone has surpassed their other MXGP titles. My issue comes with the fact that the aforementioned Monster Energy Supercross is, by all accounts, the same game. Sure, Motocross is outdoorsy while supercross is arena based, but that's not really enough to justify a brand new, premium-priced title.

That's just a personal opinion based on how closely the games have been released. Moving away from that, I have a lot of time for MXGP Pro. As I've said previously with my other Milestone reviews, the move to Unreal has benefitted the game greatly. Lessons have even been learned from Supercross, with a noted improvement in physics compared to that title. This is now the closest the developers have got to the realistic handling of bikes both on the dirt and in the air.

Particularly so with the realism settings turned up. This is something I personally wouldn't recommend if you're as ham-handed as I am. Figuring out how to best balance your rider on the bike, the exact angle you want to take on the track, when making a jump and when landing from said jump is all difficult. In addition to this, you'll be switching between gears manually and using both the front and rear brakes separately.

Indeed, the difficulty turned into maximum is the core aspect of MXGP Pro's new mode, Extreme Career. A more realistic name for this would be 'real career' or 'simulation mode'. All events are locked into the correct length, with qualifying included. Rewind features are turned off. Physics, handling, weight distribution, everything is turned and locked to realistic. Even the AI is locked onto realistic. Frankly, if you can race and win this you deserve more than the few piffling cosmetics and achievement the game unlocks.

Personally, I stick to medium difficulty with the realism set to a lower and more inviting setting. The other game modes are pretty much the same as what you're used to from other titles. Regular career just lets you create your own rider and make your way to the top, swapping sponsors, manufacturers and so on along the way. Grand Prix, Time Attack and Championship modes round up the other game modes available to you.

There is also an open area that acts as your home base. It's used for the introduction. Following that, the only reason to return is to maybe grab a few achievements and take up the little training packages designed to teach you how to not fall off of the bike. Okay, they also grand in-game bonuses, but they are tedious as hell. The best aspect of the training area is the ability to have a bit of a fun ride around. It can actually be more entertaining than racing due to the lack of restrictions.

One mode I haven't mentioned as of yet is the online mode. On the PS4 Pro, I have found a number of people playing online. However, much like every other aspect of the game, the menus could be improved. More important is once you're actually in a game. The problem here comes with the fact that the race loads terribly slowly and when you're actually in the race, it always seems to have connectivity issues. It's worse at the start of a race, but never completely dies away.

The reason it can be incredibly tedious is one of MXGP Pro's most annoying aspects, loading. For that matter, the menus, in general, are terrible. During character customisation to even just change your character name you have to click into the first name, then click on the name again - even though it's the only item showing - to go into and change it. It's bewildering that tiers are being added, ones that are slow to respond and take time loading.

Granted, these times are nowhere near as bad as the loading times for the races. It's one area that Milestone does seem to be failing to improve. There does seem to be an issue during races too, with textures popping in or appearing pretty blurry, only loading fully by the time you've passed them. Another smaller issue, aesthetically, are the crowds and off-track elements. These are just a little too poorly designed, not having the qualities you could reasonably expect.

Fortunately, this is about all I can say negatively when it comes to the game's appearance. The track elements themselves are fantastic. The dirt, clay or whatever other material you're riding on reacts perfectly and looks fantastic. The first lap on a race shows the untouched nature of the course but later laps highlight the aesthetics, and physics, perfectly as ruts and grooves start to appear. In wet weather conditions, water also starts to pool up and affect the course even further.

As for your rider and the bikes, they both look great in-race. The bikes look fantastic all around, with every little element designed in fantastic detail. This was necessary when it comes to the customisation options. The better you do in races, the more credits you earn. These credits are then used to buy components for your bike or a change of outfit for your rider. It's a fairly simple customisation option but at least allows for you to further differentiate your rider from the others on the track. The bike components also allow for performance improvements.

I stand by my earlier statement that it may be time for a break. Milestone titles, whether they're in cars, on superbikes, Supercross or Motocross all have similar elements. Or, I should say, all bar the cars this year. Still, MXGP Pro is a good game. It's close to Milestone's best outing, coming a close second to Gravel. It is, by far, the best two-wheeled game released by the Italian developers. What it does also show is that they're moving in the right direction. 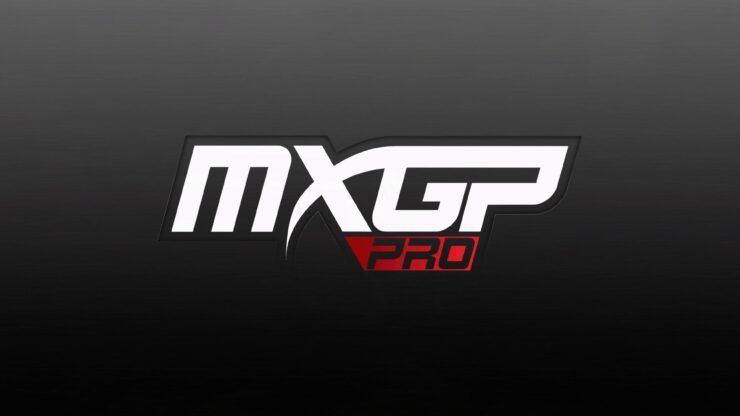 MXGP Pro is the best of Milestone's Motocross series of games, that much is certain. It doesn't differ too much from their previous Supercross title, which is a negative, but certainly offers their best outing on two wheels so far.