If there was one key problem, for me, with Mario Tennis Ultra Smash on Wii U, it's that it was just tennis. It felt more like a tennis simulator than a game, and gamifying sport mechanics is what Mario has traditionally done incredibly well. For a sports game, it was fine, for a Mario sports game? Not so fine.

Thank goodness we have Mario Tennis Aces on the Nintendo Switch to sort things out, then. Mario forgot that sports were all about having fun, but luckily the team at Camelot have come together to make a much stronger showing this time around, one which had me playing sets for hours.

Of course the usual rules of tennis still apply here, and you have a variety of shots at your disposal to, well, play tennis. Lob shots, drop shots, curveballs, smashes - yeah, it's definitely tennis. What makes it more Mario are the trick shots, star shots and the special meter. Trick shots can be performed by double tapping X and a direction or flicking the right stick in a direction. This will make your character leap in that direction, closing the gap quickly to balls well out of range.

To do shots like that though, you'll need to fill the special meter, which is charged by using charge shots. Charge shots are a double-edged sword too; once you start charging you lose a lot of mobility, so trying to charge early to smash the ball back can work against you. But likewise, having a low special meter is going to leave you feeling very vulnerable in the long run.

When a star appears on the court you can press R to execute a star shot, which lets you use the gyro functions of the Switch controllers to aim at your opponent's side of the court and smash the ball towards them. In addition, even if your opponent can get in range, unless they execute a perfect block - hitting the ball when it's right next to them - they'll take racquet damage, and have their racquet taken out after three or so hits will cause them to lose the game. Pressing L with a full special meter gives you access to this type of smash at any time, though at a higher cost, and with a nice animation.

So how does one fight back against such a dangerous assault? Well, when there's not a star on the court, pressing R will actually allow you to slow time when you're receiving. Using this you can accurately aim your trick shot to get close to the ball, and hit it back with a perfect block - though slowing time also costs special meter. You see - it's a valuable resource, both in terms of defense and offense. You can even get really cheeky and wait until your opponent is low on special to use a big smash, in order to ruin their day. It'll take some real skill for them to perfectly block it if they're not ready.

The tennis shenanigans of Mario Tennis Aces are improved by a variety of courts - something Ultra Smash was missing, for whatever reason. You'll be playing on ice, snow, sand, grass, a ship, and more standard courts, all of which affect how the ball bounces. Sand, for example, will greatly shorten how far and how the ball will bounce, making drop shots very dangerous indeed.

You'll be introduced to those courts through the single player Adventure mode, where Mario must go and find the five infinity stones of tennis or whatever - you know, a MacGuffin to facilitate some kind of story based around tennis. As such, everyone loves tennis I guess, and even "defeating" enemies that attack you requires two sets of tennis with incredibly strict rules. I mean, if I need to just get rid of them, can I not use a star shot to the face?

Regardless of the baffling rules of the tennis obsessed world, it makes for a nice environment for gameplay. Shy Guys and Boos will challenge you to absurd tennis missions, like volley 800 times without missing more than twice, hit set targets, or even slap Piranha Plants. There are more standard matches of tennis too - way more boring, at least in my opinion - and boss fights, which actually work shockingly well, with you wearing down the bosses' energy with volleys before aiming for a weak point with a star shot.

Mario Tennis Aces even has a few more goofy modes, like a motion control only mode for JoyCon which can even include giant balls, a Tournament mode where you can play with CPUs, and loads of rules and courts you can change around for matches with up to four friends in doubles matches. If you're the kind of gamer that enjoys sitting back with friends and playing multiplayer, this is great - and there's online play too if you've got no one local.

Mario Tennis Aces is easily among the best games in the franchise, and on Switch it looks rather lovely - even if there are a fair few jaggies in the image on a larger TV to allow for 60FPS gameplay. Though, in motion, you won't be noticing them at all. The characters and courts all look wonderful and have the expected level of Nintendo polish.

Review code provided by the publisher. You may purchase Mario Tennis Aces via Amazon. 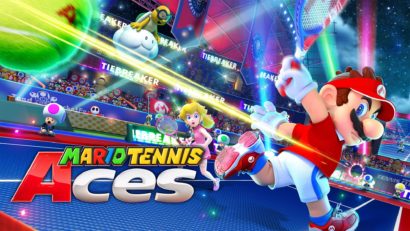 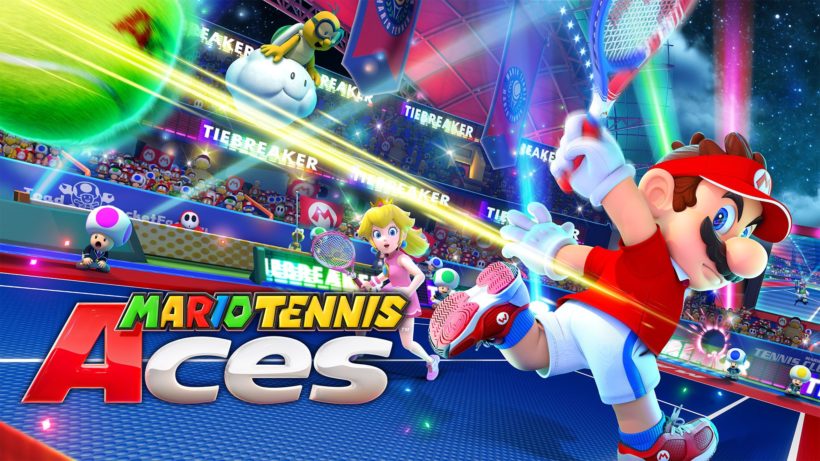 Mario Tennis Aces is one of the best Mario Tennis games, and well worth it for gamers that love to sit back with groups of friends. If you appreciate a good game of tennis with some whacky rules to spice it all up, you'll surely enjoy this.