BattleTech Fires Off a Release Date and New Story Trailer 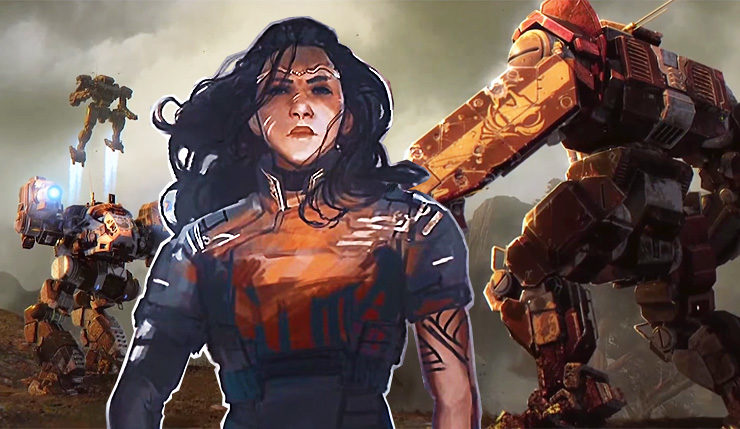 Get ready to take control of some big bad ‘bots, because BattleTech has hammered down a release date. The strategy game has also released a new story trailer, which you can check out below.

BattleTech is based on the classic tabletop wargaming franchise of the same name and developed by Harebrained Schemes (makers of the recent Shadowrun games). The game raised nearly $2.8 million on Kickstarter, well above the game’s $250,000 goal. Jordan Weisman, CEO of Hairbrained Schemes and co-creator of the BattleTech universe thanked the fans for their support…

“The entire team at Harebrained Schemes has been eagerly awaiting the day we deliver BattleTech to longtime fans and introduce the joy of tactical ‘Mech combat and deadly interstellar politics to new ones. We’re massively thankful to our Kickstarter backers and fans of the MechWarrior legacy. Without their patience, dedication and support, this modern turn-based BattleTech wouldn’t [have happened.]”

As mentioned, BattleTech is a tactical, turn-based strategy RPG. Here’s a quick official rundown of the title's story, universe, and gameplay:

“The year is 3025 and the galaxy is trapped in a cycle of perpetual war, fought by noble houses with enormous, mechanized combat vehicles called BattleMechs.

Take command of your own mercenary outfit of `Mechs and the MechWarriors that pilot them, struggling to stay afloat as you find yourself drawn into a brutal interstellar civil war. Upgrade your starfaring base of operations, negotiate mercenary contracts with feudal lords, repair and maintain your stable of aging BattleMechs, and execute devastating combat tactics to defeat your enemies on the battlefield.”