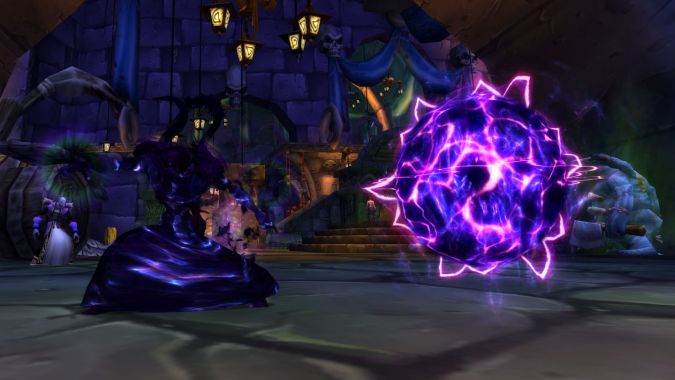 Blizzard has detailed the upcoming Battle for Azeroth Patch 8.1 Shadow Priest changes that will soon be implemented on the game’s PTR.

The changes are intended to make Voidform matter more while also improving the Shadow spec’s defensive power and utility.

Moving into Battle for Azeroth, we consciously reduced the maximum power of Voidforms, for the purpose of evening out Shadow's heavily backloaded Voidform cycle damage. This had some positive impacts, which many of you are aware of – mainly this greatly reduced the harsh penalty for dropping out of  Voidform early – a common occurrence in any content outside of raids, including dungeons or questing. That said, we think we went a little too far with peeling power off of  Voidform, which has resulted in  Voidform not feeling impactful enough, and with not enough reason to work to extend it. We are easing this change back a bit:

Dispersion's damage reduction has been increased to 75% (up from 60%). We agree that because it comes with the penalty of not being able to cast spells, it deserves to be stronger. Additionally, it now increases movement speed by 50%.

A new talent Intangibility  replaces  Mania (which was similar to and far less popular than Body and Soul]), and reduces  Dispersion's cooldown by 25% and causes it to heal you for 50% of your maximum health over its duration.

Shadowform's 10% physical damage reduction was intended to feel like a bonus to Shadowform, but instead felt like a penalty to  Voidform, since you lose that defensive benefit going into  Voidform.

We're replacing this bonus from Shadowform with the  Focused Will passive (which the other two  Priest specs already have), causing melee abilities and attacks to reduce all damage taken by 15% for 8 sec.

This give you more freedom to use your on-global cooldown utility buttons, especially in Voidform, without incurring as much damage loss, since Insanity is constantly draining.

Other talent adjustments worth mentioning:

Blizzard already buffed Shadow Priests in Battle for Azeroth through a recent patch.