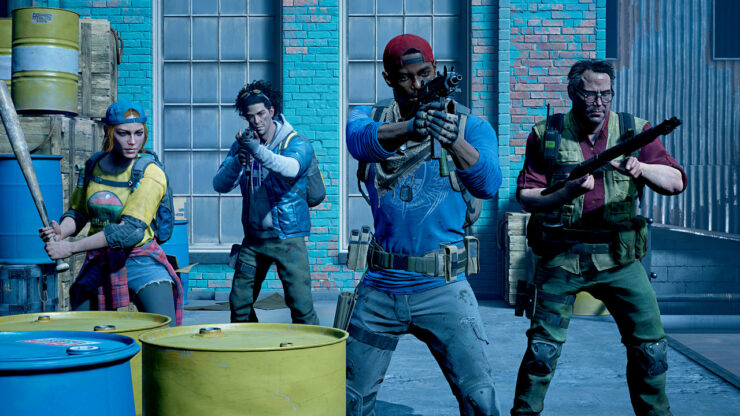 Information about Turtle Rock’s Back 4 Blood has steadily trickled out throughout the E3 festivities. We got a new trailer, a date for the open beta, and learned the game would be a Day 1 Xbox Game Pass release, and now we have a couple more tidbits for you. First, the bad news – at launch it seems Back 4 Blood will require an online connection, even if you’re playing solo with bots. Here’s what Turtle Rock had to say about the matter on Twitter…

We're looking into ways we could support offline for the future but you will need an internet connection to play at launch.

Ah, but there’s also some good news. Back 4 Blood won’t be dividing players based on what DLC they've purchased – if you own some extra content all your friends will be able to jump in with you for free. Folks who haven’t bought the new content will even be able earn new characters and other stuff by playing.

In PvE, if your party leader owns a paid content drop, you will be able to play that content with them, including maps, gameplay and campaign. No separation. No exclusion.  No split.

In PvP, everyone who bought Back 4 Blood can get access to all additional PvP content, even without purchasing content drops.  Players who don’t buy the content drops can earn new playable characters and ridden in PvP, for free, through progression. Additionally, all PvP players have access to the same cards at the start of each match, regardless of whether those players have purchased content drops or not.

Back 4 Blood shambles onto PC, Xbox One, Xbox Series X/S, PS4, and PS4 on October 12. The open beta kicks off on August 12 on all platforms, with all those who pre-order having access.

Back 4 Blood Latest Trailer Focuses on the Cleaners