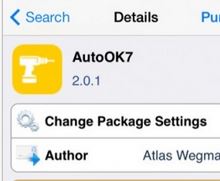 AutoOK is a convenient JB tweak that help simplify the process of unlocking your iDevice. If you are more for the alpha-numeric passwords, this tweak may help you in easing the process. AutoOK has now been updated for iOS 7. AutoOK iOS 7 jailbreak tweak will help you immediately unlock your device once the correct password is entered. 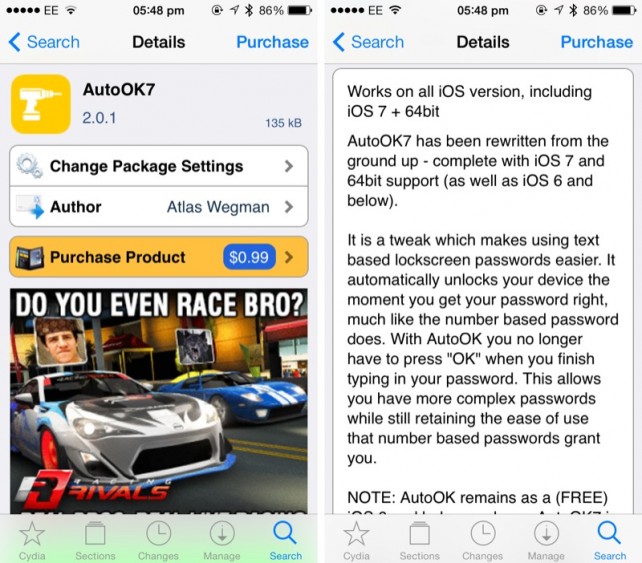 While Apple lets you enable passwords instead of passcodes, many users have been long annoyed with the need of tapping Done icon after entering the correct password. However, the passcodes don't have that requirement. AutoOK iOS 7 fixes that problem and simplifies the unlocking process.

AutoOK is also available for iOS 6 users for free. However, if you are on iOS 7, the tweak will cost you $0.99. AutoOK iOS 7 jailbreak tweak is fully compatible with iOS 7 and 64-bit iOS devices. You can get the tweak from Cydia.

Tired of Cydia Ads Opening App Store Every Other Minute? Here is a Workaround!