BioLockdown lets you lock apps, system toggles, and Setting panes with fingerprint scanner. On the other hand, BioProtect iOS 7 jailbreak tweak only lock apps, whereas AppLocker locks both apps and folders, but not Settings.

Install the iOS 7 tweak from Cydia and go to Settings app. Navigate to BioLockdown > New Restriction; add and tweak with apps, settings and switches you want to be protected with Touch ID sensor. All of these are separated in different tabs. Go to Settings > BioLockdown > New Restriction and add grace period. This will help you not get Touch ID prompts for the determined period. 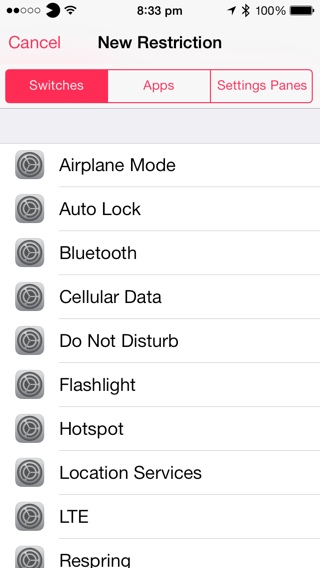 While BioLockdown for iPhone 5s offers various features, AppLocker would definitely win over it any day considering many more options and also saving you bucks too.