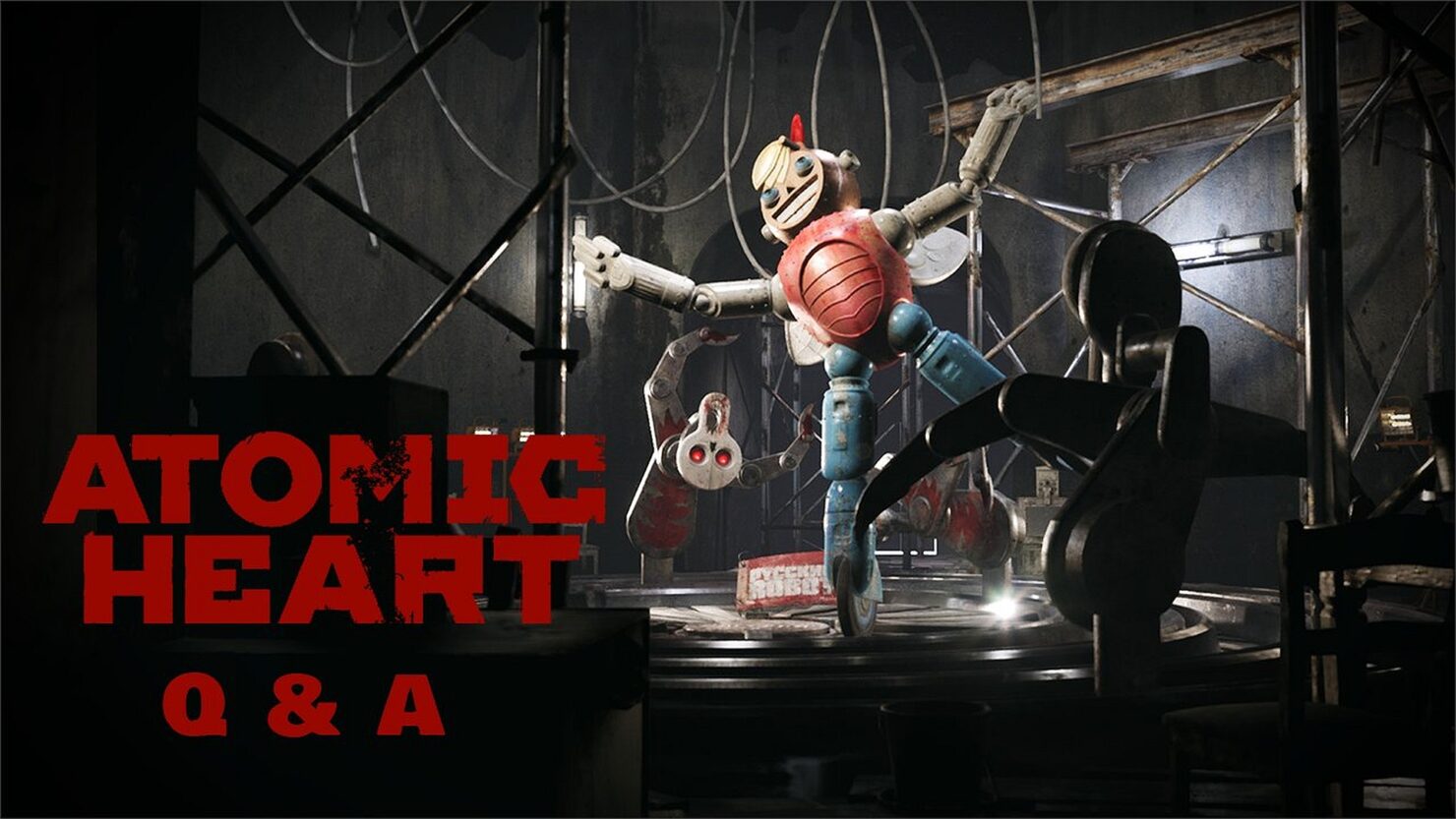 Ever since its unveiling to the world in 2018, Atomic Heart immediately captivated gamers with its stunning ray traced visuals and unique 'Soviet BioShock' atmosphere. Set in a retro-future alternate version of the 1950s USSR, Atomic Heart features KGB agent Sergey ‘P-3’ Nechaev as its protagonist. P-3 is sent to investigate Facility N°3826, a top-secret complex where the USSR's brightest scientists invented a substance said to allow humans to ascend to the next level of evolution. Of course, not everything goes according to plans, and P-3 has to face off against deadly machines and rampaging zombie-like humans.

Given the significant interest in this first-person open world shooter game, we reached out to interview Russian developer Mundfish twice, in 2019 and in 2020. Each time, we uncovered new intriguing details about Atomic Heart. Today, with the launch window finally confirmed for Q4 2022, we're publishing our third and likely last pre-release interview with the developers.

Among other tidbits, the folks at Mundfish told us that Atomic Heart will employ NVIDIA's RTX Global Illumination in addition to the previously announced ray traced reflections, ambient occlusion, and shadows. On the other hand, there are no plans to switch to Unreal Engine 5, contrarily to the choice made by GSC Game World with STALKER 2. Last but not least, multiplayer could be added back to the game at some point after launch.

As a reminder, Atomic Heart will be released for PC (Steam), PS4, PS5, Xbox One, and Xbox Series S|X. It will be included with the Game Pass subscription on day one.

First of all, can you disclose the ballpark amount of the Series B funding round and the overall budget so far used to develop Atomic Heart?

Unfortunately, we cannot disclose this information, but the support from our partners has been an integral part of bringing our vision for the game to life.

In the accompanying press release, you've stated that this additional funding will let you 'move towards the release much faster'. Were you able to hire additional developers following the Tencent investment?

Yes, the support we've received allowed us to grow the team with new expertise that strengthened the overall development. We allowed ourselves to increase our art team resources significantly, as well as the cutscenes department that we've reinforced with high-class animators. We've been hiring globally, and it could not have been possible without this deal.

I know you were initially planning to release the game years ago. Was that a miscalculation on your part, or did the game's scope get a lot bigger?

We've been thinking about this indeed. We've discussed it at some time. But as the team grew, along with our ambitions, we realized that the game should be more complex. It will be much better for the overall franchise; the game will be more interesting as a result.

Can you talk a bit about the game's skill system and how those skills will be acquired?

The combat system in the game is based on two hands that work independently. You can take a weapon in the right hand – a firearm or a melee weapon. The left hand uses polymeric glove abilities like telekinesis, frost beam, shield, etc. Combining these two mechanics allows for tactical versatility that suits your playstyle – you can create a build that focuses on fast attacks or defense, for example. There's also an energy-based modification system. We will cover all that in more detail a bit later; there's a lot of stuff to tell about combat.

You mentioned there would be vehicles in Atomic Heart. Can you share more details on how they'll work?

There is a car in the game that lets you traverse the world faster, but that's it. There are far more interesting things in the game!

Is multiplayer scrapped for good, or is there still a chance to see it added post-launch?

We're not ruling out the possibility of multiplayer in the future, but right now, we're entirely focused on creating a perfect single player narrative experience.

Similarly, we know you've said some things had to be cut from the final game. Could these features and content be added post-launch through DLCs or expansions?

We have plans for post-release DLCs that we will announce later. We've cut a lot of things from the game, and it was good for the product and for the team because we've focused on the most important stuff. We've cut things that weren't essential to the experience but could serve as a good addition after launch.

Did you consider the possibility of switching to Unreal Engine 5? We know GSC is doing it for STALKER 2, for instance.

Our tech team was evaluating all possibilities, but the end goal and main focus here is to deliver an optimized product, so for now, we're staying on UE4 and looking forward to the global launch of UE5. The switch to UE5 in the middle of the development can lead to various tech problems, and we don't want to risk it for now because the game is already in the final development phase.

Will there be different modes for Atomic Heart on consoles, from performance to quality? Will next-gen consoles include ray tracing support, and if so, how will it compare to ray tracing on PC?

We'll cover the technical and graphical details a bit further down the line, but we plan to make the most of the latest hardware.

On that note, NVIDIA previously announced ray traced reflections, ambient occlusion, and shadows for Atomic Heart. That was over three years ago, though. Has anything changed since? Did you add ray traced global illumination?

Yes, we're using RTX GI at some places in the game, where it is most justified, and we really like what it brings to the game.

We know NVIDIA DLSS will be supported. What about AMD FSR and Intel XeSS, though? Would you consider adding them, too?

We're always open to new technologies and interested in delivering the maximum possible quality of the game for all gamers despite the platform. But every technology requires time for implementation and testing for such big games. So it's hard to say at the moment which exact technology will be available at release. All supported technologies will be announced closer to release.

We're very eager to uncover more game details, and thank you for your support!