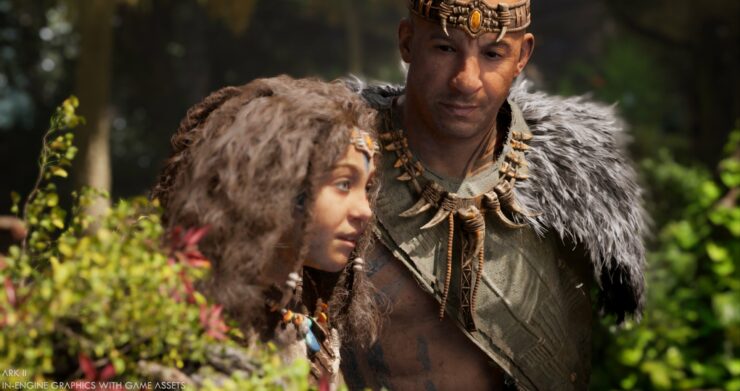 Ark: Survival Evolved, the multiplayer survival game developed by Studio Wildcard, is getting a sequel.

The second entry in the series, simply called Ark 2, has been announced with a new trailer showed during this year's edition of The Game Awards. The trailer doesn't show much of the game, sadly, but it does confirm that Vin Diesel will play a character named Santiago.

While the announcement trailer did not show much of the game, we won't have to wait much longer to learn more about it as an expanded look at the game is coming later today, as confirmed by the series' official Twitter profile.

Proud to announce, tonight at the TGA’s:

Ark 2 is currently in development for yet to be confirmed platforms. We will let you know about the game and its release date as soon as possible, so stay tuned for all the latest news.

The Big ARK: Survival Evolved Interview – Launching and Beyond