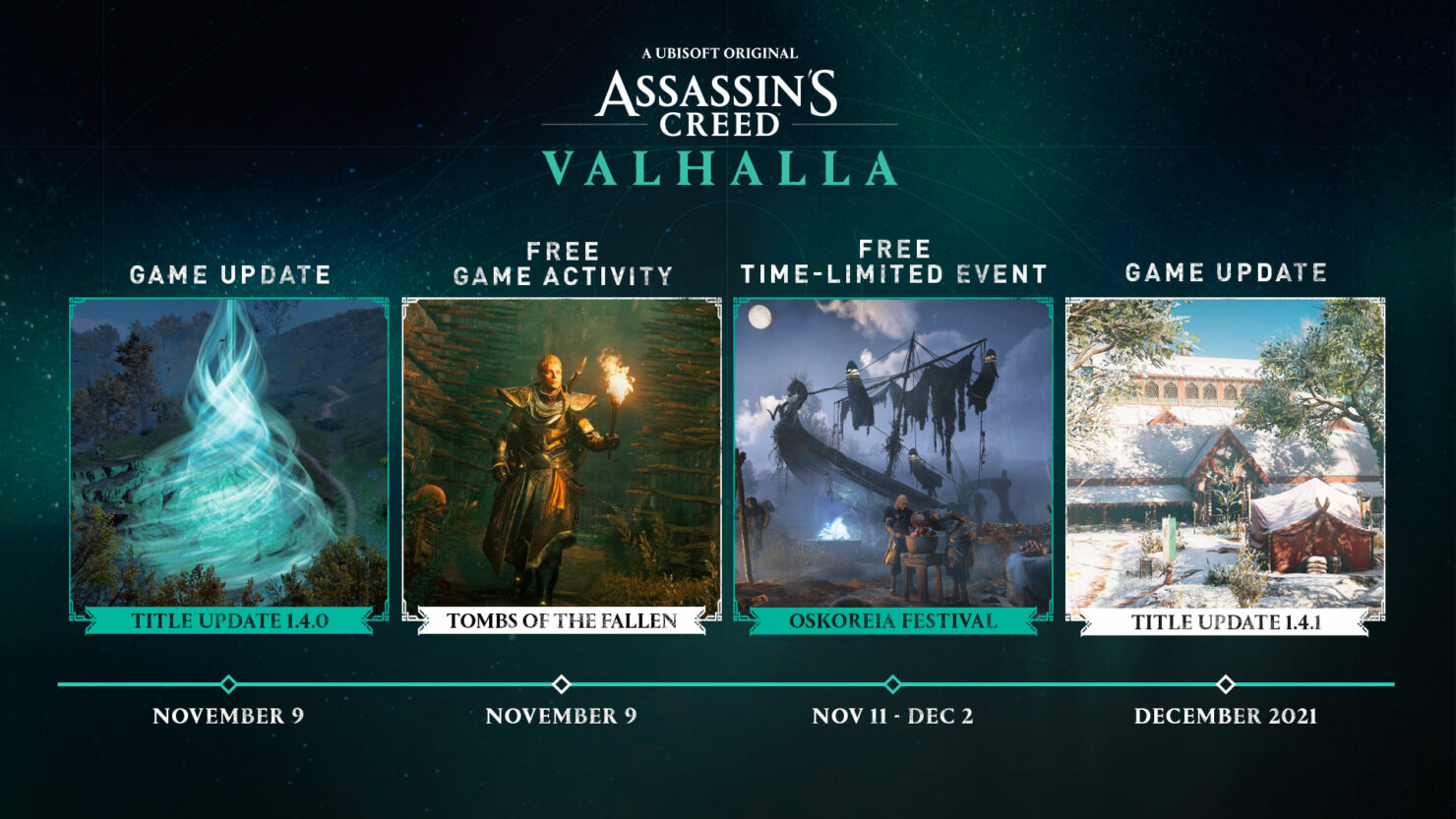 2021's end might be drawing near, but Assassin's Creed Valhalla still has quite a few updates and bits of content to release, as Ubisoft revealed with the updated roadmap for the remainder of the year.

According to the developer, fans can expect Title Update 1.4.0 to go live on Tuesday, November 9th, alongside a brand new 'game activity' called Tombs of the Fallen. We don't know much about it yet, but the official Twitter account teased it'll bring new challenges to places players may be already familiar with.

How keen is your eye? 👁 Tombs of the Fallen arrive on November 9, bringing new challenges to places you may have already been...

🔬 We’ll try not to rune the surprise! pic.twitter.com/FOMeofAYes

Then, starting next Thursday, a new time-limited event called Oskoreia Festival will begin, running until December 2nd. Next month will also see the release of another Title Update, version 1.4.1.

Ubisoft promised more content coming to Assassin's Creed Valhalla in 2022, which is unsurprising given the long-term success achieved by the game (now officially the second-largest profit generating title in the publisher's history). Rumors point out to Dawn of Ragnarok as the possible third expansion; reportedly set in Svartalfheim, it would focus on the 'Twilight of the Gods' in the Assassin's Creed Universe.

The previous expansion didn't exactly excite our Francesco, though. He rated Siege of Paris 6.3 out of 10, much lower than the first expansion (Wrath of the Druids, rated 8 out of 10) and the base game (rated 8.5 out of 10).

With a story that fails to go beyond serviceable and some not particularly inspired characters, Assassin’s Creed Valhalla: The Siege of Paris fails to reach the heights of the Wrath of the Druid expansion, basically offering more of the same in a somewhat uninteresting setting. The Infiltration Missions, a nice callback to earlier entries in the series, are not enough to salvage an experience that only the most die-hard Assassin’s Creed Valhalla fans will thoroughly enjoy.