Update: Following the leak, Ubisoft has now confirmed Assassin's Creed Unity's PC system requirements that emerged on the internet by posting them on the 4official UbiBlog. So, it is indeed true that players need robust PCs to run Ubisoft's upcoming historical-action game.

Original Story: Ubisoft has been quite busy in the last few months boasting and talking highly about Assassin's Creed Unity, the upcoming highly anticipated installment in the all-time bestselling and remarkable historical fiction action-adventure open world stealth video game series. However, it looks like the developer somehow forgot to talk about the PC hardware potential that players will need to run the game that is considered to be a true next-gen meal ticket. For, if the alleged Assassin's Creed Unity system requirements that recently emerged on the internet are anything near legit, you might want to check your PC’s potential again. 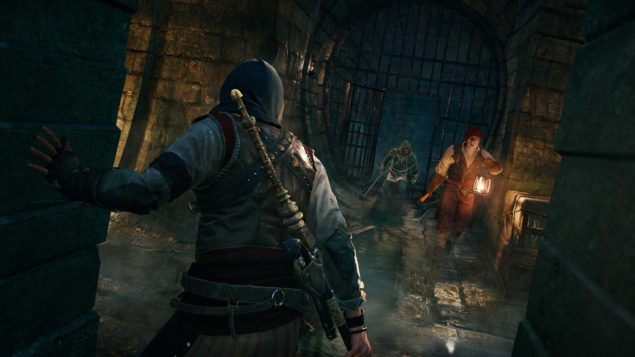 Promising a photorealistic 1:1 scale recreation of the 18th century Paris, Assassin's Creed Unity is the latest installment in one of Ubisoft's most-cherished video game franchises. The game packs such graphically and technically advanced elements, the developer clearly mentioned recently that developing them for the last-gen consoles would have been impossible. Offering revived combat mechanics, stealth skills and gameplay elements, the upcoming game is considered to be a title that will breathe new life into the franchise.

Ubisoft has talked a lot about how Asssassin's Creed Unity will be the biggest graphical leap in the history of the Assassin’s Creed franchise, but the developer somehow forgot to mention that to sport all those textures and pixels, players will need some serious PC hardware. However, it looks like we now know how much horsepower will be required to run the upcoming game, as recently, Intra Games, the Korean distributer for Ubisoft in the region, revealed what are allegedly the system requirements for Assassin’s Creed Unity.

Ubisoft has not officially said a word about these system requirements so they can be considered as a rumor or a leak for now, but if these requirements are anywhere near correct, you might need some serious hardware power to run the game. You can check out both the recommended and minimum system requirements for Assassin’s Creed Unity below, courtesy of NeoGAF.

Clearly stated above, Assassin's Creed Unity asks for a minimum of NVIDIA GTX 680 or AMD Radeon HD 7970 GPU at 2GB of memory. That amount of VRAM required is not much shocking for a next-gen exclusive game, as Shadow of Mordor, being a cross-gen game, asked for a minimum of 6GB video memory, however, it is still enough to write most PC gamers off. Anyway, let’s not jump to conclusions until Ubisoft officially confirms these system requirements or at least says a word on this topic.