In recent weeks, a lot has been said about the PC requirements of Middle-Earth: Shadow of Mordor, which is an action-packed adventure role-playing video game title that has been developed by Monolith for latest consoles and PC. The game requires some serious hardware power to run at ultra settings on PC, and we have recently seen several comparisons showing the game running on different hardware, however, today we have a performance benchmark of the game on a rig rocking a rather high-end GTX 970 with 4 gigabytes of video memory. 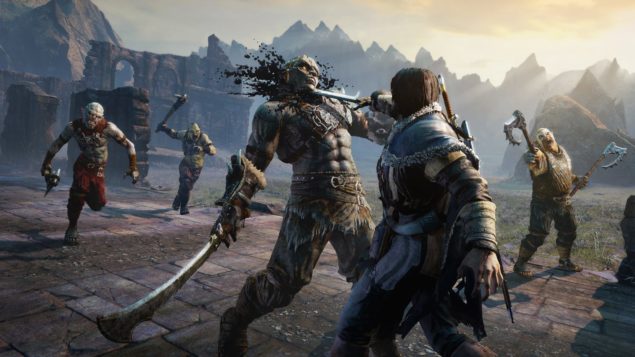 Ranking among some of the most demanding games of this year, Middle-Earth: Shadow of Mordor is an open world action-adventure role-playing game set in The Lords of the Rings universe. The PC requirements of the game were announced early this year, revealing that going through Mordor would be taxing in more ways than one, and now that the game has been released on the latest consoles and PC, a lot of user configuration and visual benchmark reports are coming in for PC version of the game.

After several video and screenshot comparisons of Middle-Earth: Shadow of Mordor that show differences between the game running on low and ultra settings on different PC hardware, today we have have a performance benchmark showing how the game performs on a fairly high-end rig sporting GTX 970 graphics card that packs 4 gigabytes of video memory. Courtesy of YouTube user teoKrazia, who ran the in-game benchmark at maximum settings, and clocked an average of 73 frames per second, a maximum of almost 378 and the occasional dip down to 42, you can check out the video comparison below.

The hardware specifications of the PC that was used to carry out this benchmark are as follows:

Middle-Earth: Shadow of Mordor is now out on PC, PlayStation 4 and Xbox One. The PlayStation 3 and Xbox 360 versions of the game will land on November 18, 2014.