With the arrival of eighth generation video game consoles, full HD 1080p resolution and 60 frames per second have become two very important game defining things. While Microsoft is struggling to optimize its Xbox One console according to the demands of next-gen major AAA titles, Sony's PlayStation 4 is somewhat more capable of handling the requirements of latest video game titles, but if the official listing for Assassin's Creed Unity at Sony Entertainment Network is anything near factual, then it seems like even the leading eighth generation console is not as much fit to handle all next-gen games at native 1080p resolution. 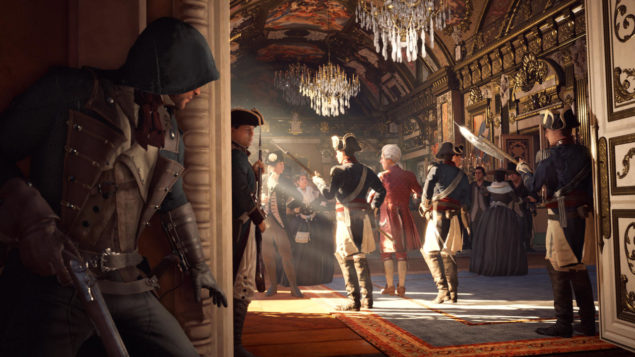 Ubisoft is branching its most critically acclaimed historical action-adventure video game series known as Assassin's Creed exclusively to the latest consoles with the upcoming Assassin's Creed Unity, which, according to the developer, features "completely rebuilt" stealth, combat and traversal mechanics. However, it looks like Sony's latest PlayStation 4 console won't be able to handle all these good things at native 1080p resolution, as the official listing for the game at Sony Entertainment Network indicates that the game is set to run at 720p resolution.

Along with other Assassin's Creed Unity features, the listing clearly states that the game will have "720p HD video output," and this is very unlikely as the previous game in the series, Assassin's Creed IV: Black Flag, runs at full Hd 1080p resolution, and Ubisoft itself has mentioned before that they are aiming to achieve 1080p resolution and 60 frames per second on both the PlayStation 4 and Xbox One consoles with the upcoming title that is set within Paris and the story is linked to the French revolution. 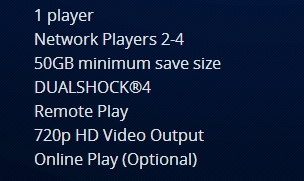 Now it is very much a possibility that this is just an error in the official Assassin's Creed Unity listing and Sony has just randomly updated the resolution part without any confirmation from Ubisoft, or that this listing suggests that the minimum resolution that the players will be able to lock their game to is 720p, but relatively, other upcoming games such as Diablo III: Reapers of Souls have been listed correctly as featuring 1080p resolution. Any how, there is no official confirmation from Ubisoft on the topic yet, so all this should taken with a grain of salt.

Both Sony and Ubisoft have been contacted to comment on this topic, so stick around as we might see some official words soon. Assassin's Creed Unity is scheduled to launch on October 28, 2014 for Microsoft Windows, PlayStation 4 and Xbox One. As for last-gen PlayStation 3 and Xbox 360 consoles, Ubisoft is bringing Assassin's Creed Rogue on November 11, 2014.