Assassin’s Creed Origins To Be Announced On May 19th; Rifts, Setting Get Additional Details – Rumor 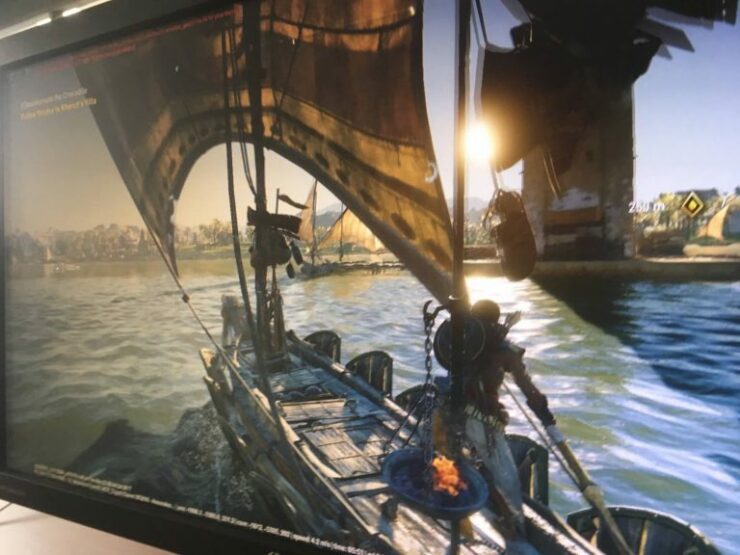 Assassin's Creed Origins has yet to be officially announced, but several leaks from the past few days have already revealed plenty of details. The announcement, however, will likely be coming soon.

Second Screenshot from build for E3. You do kill the crocodile, but before meeting Shadya, and it’s an animal. You then meet Shadya and are attacked by Roman Guards, kill them, and end with an assassination of a General (like the SoM system).
Towers are in the game, but not in some rifts. You use the eagle when reaching the top instead of eagle vision.
Modern day assassin is actually Charlotte. You’re working to find the ankh.
Rifts include Cairo 1799 during Napoleon’s Invasion (Play as Arno), Amunet Assassinating Cleopatra in Alexandria 30 BCE, and brief segments of the “exodus” (this has a massive twist).
Small amount of Demotic and Coptic is spoken, but largely English, but with accents proper accents.
Actual setting is late first century, early second century AD.
Most of the boat stuff is on the nile. You can go into the Mediterranean a bit, but not far. Greece was cut from this game.
Name of primary protagonist is Balek.
Tombs are back
You can use the hidden blade in combat like AC1
Naval combat insofar as shooting enemies with Arrows on boats
You can steel boats, upgraded boats work like carriages in Syndicate

As it usually is with anonymous leaks, we have to take everything with a grain of salt until an official confirmation comes in.

Assassin's Creed Origins has yet to be announced, but more on the game will be coming soon. We will keep you updated on it as soon as possible, so stay tuned for all the latest news on the next entry in the popular series developed by Ubisoft.