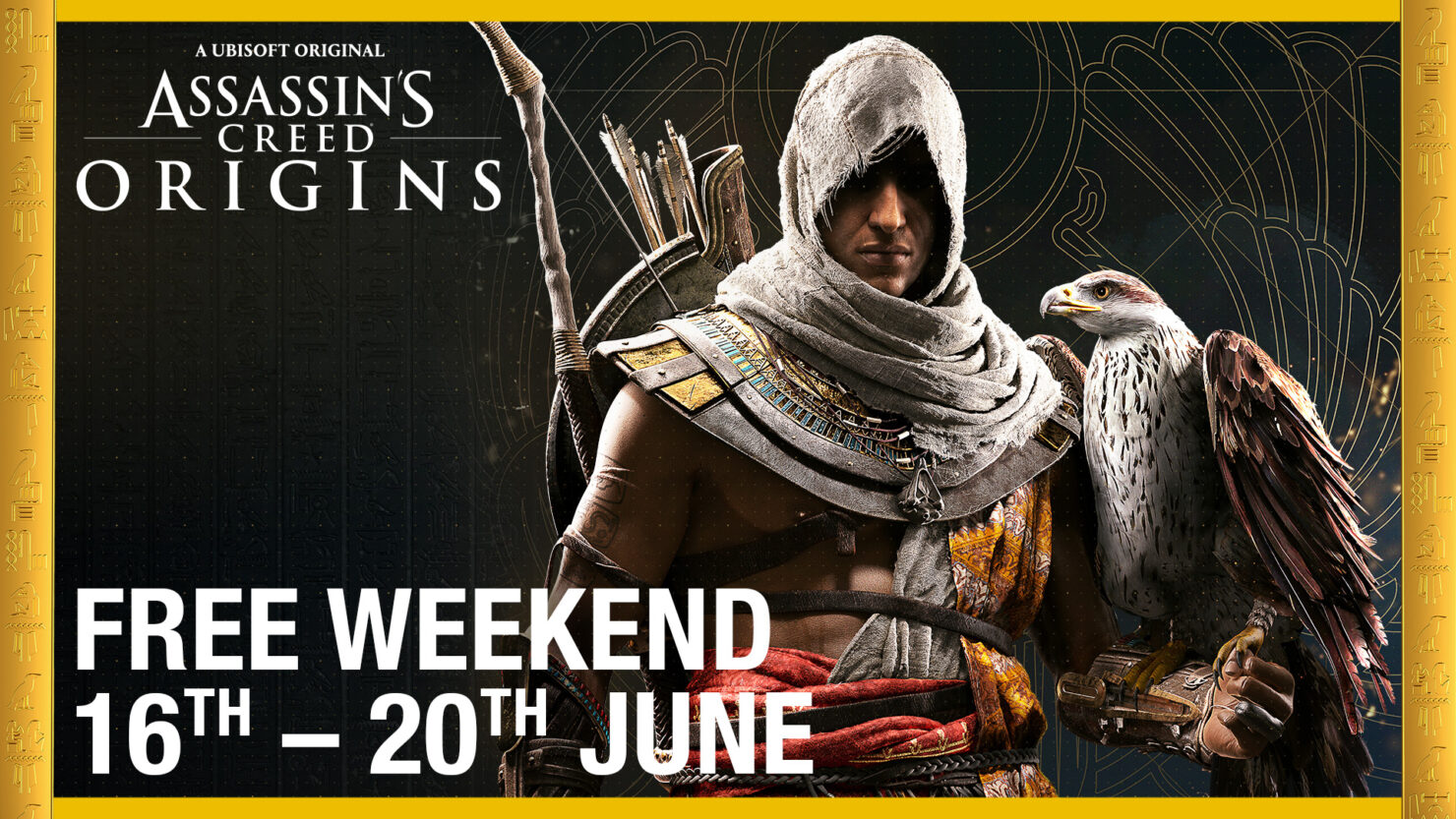 Ubisoft announced that Assassin's Creed Origins has a free weekend on all platforms starting today at 18:00 UTC and ending on Monday, June 20th at 18:00 UTC.

During the free weekend, players will have access to all the content available in the main game, and any progress they make will carry over if they decide to purchase the full game. Incidentally, Assassin's Creed Origins is also discounted for up to 85% during this timeframe.

The game just received its 60 FPS patch on next-generation consoles like Xbox Series S|X and PlayStation 5. According to a comparison made by YouTuber El Analista De Bits, Assassin's Creed Origins runs at a higher resolution on the Xbox Series X console.

- The game runs in backwards compatibility mode. This patch only unlocks the framerate up to 60fps on current consoles.
- PS5 is limited to legacy PS4 Pro settings with a maximum resolution of 1620p.
- Xbox Series X has a clear advantage showing almost constant 2160p (in the tested areas I have not obtained lower numbers).
- Xbox Series S limits its resolution to 1080p.
- Load times are faster on Xbox Series, as is usual for backwards compatible games compared to PS5.

Assassin's Creed Origins was Ubisoft's first installment to be released after the franchise hiatus. The result was a vast overhaul of key elements such as the combat, which moved from the paired animation system of the previous games to a proper hitbox system. The game felt a lot more like an action RPG thanks to genre staples like light attacks/strong attacks, dodges, parries, Ultimate moves usable after charging the Adrenaline meter, and loot rarity.

Ubisoft recently revealed the upcoming additions scheduled to launch later this year for Assassin's Creed Valhalla. They also said the future of the franchise will be announced in a special event planned for September.