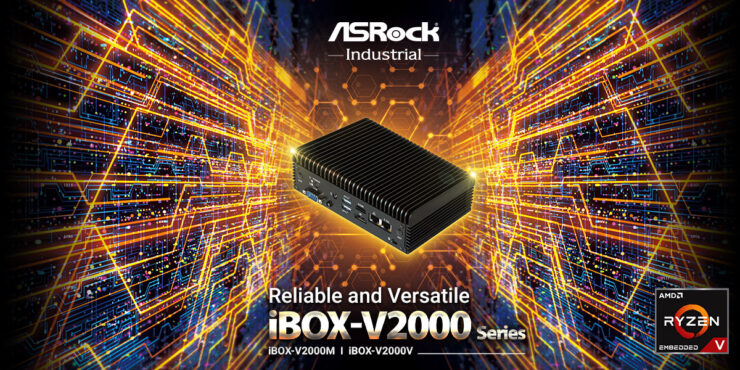 AMD's recently announced Ryzen Embedded V2000 CPUs have found a home inside ASRock iBOX Series Mini PCs. The processors which are technically SOCs, in terms of design, have been updated with Zen 2 cores and feature 7nm Vega graphics core for faster performance within embedded applications such as Thin Client, Mini PCs & Edge systems. One such application is ASRock's iBOX series which are now powered with the new Zen 2 embedded CPUs in a small form factor design.

Rear panel I/O includes a single HDMI 2.0a, DP 1.2a, 2 USB 2.0 ports, and a DC Jack. Power to the PC is provided through a 12V-19V DC-In Jack (90W power adapter). The outer chassis is made out of aluminum and ASRock includes VESA and Wall mounting kits for easy installation in offices and home setups. ASRock also has seperate 4x4 motherboards available with AMD's Ryzen Embedded V2000 CPUs. There's no word on the prices of these products.