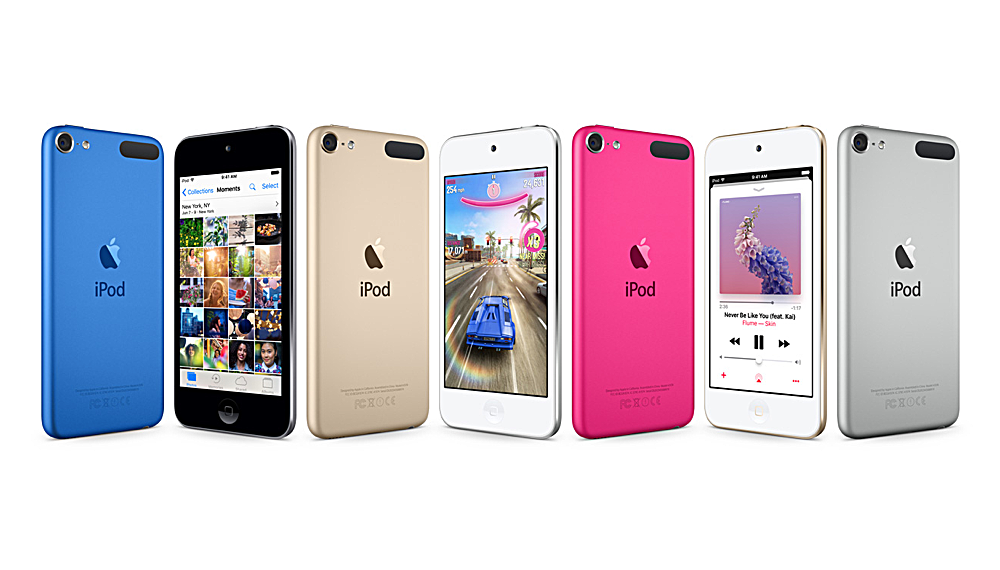 You can now buy the iPod touch 6 from Apple's online Refurbished Store. You can save up to 16% on different models.

Always Wanted an iPod touch Without Throwing Away too much Cash? Try Apple's Refurbished Store

Apple has its very own Refurbished Store that sells different products with the company's seal of approval. The lineup of products was recently expanded to include iPhones, but today, things are being taken further with the addition of iPod touch 6.

While the iPod touch might not be as useful as an iPhone, but it does include a lot of software elements that warrant it a place in any tech fan's backpack. And given Apple is offering refurbished devices with a considerable amount of savings of up to 16% on select models, you might want to consider this option before turning your rudder somewhere else.

The iPod touch comes with a 4-inch display and packs in a 64-bit A8 chip. It's just 6.1mm thin, and comes with an 8-megapixel rear camera as well as FaceTime HD camera. Things are topped off with 1GB of RAM and the usual connectivity options such as WiFi ac and Bluetooth. Basically, it's a fairly capable device that does a lot of things which an iPhone can but without the 'cellular' part of course. In fact, if you were looking for a dedicated device for Apple Music, then you can't go wrong with the iPod touch 6. Besides, it does come in different storage capacity options - 16, 32, 64 and 128GB - packing in a good amount of space under the hood for storing music and videos offline. 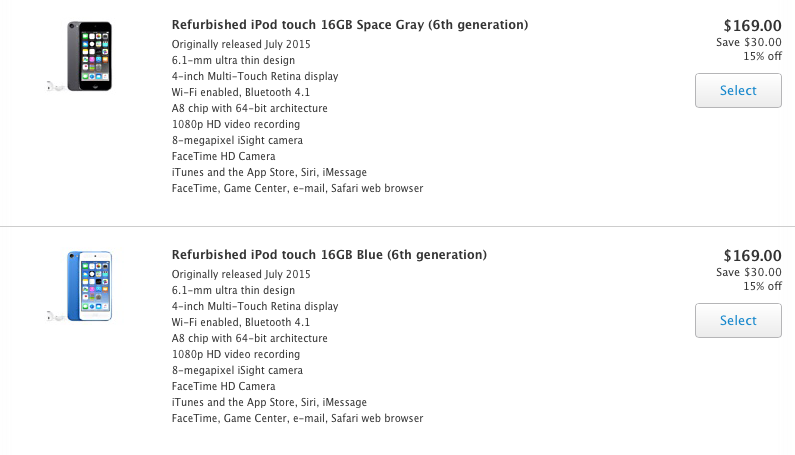 If you are interested, head over to this link and see for yourself which options are available for purchase. At the time of writing, there are a handful of options available. Also, if you were looking to dive into the iOS eco system and always to try what Apple is offering, then the iPod touch is a great place to kick things off.

Personally, I would recommend going for the 32GB model, at least, if you want to get something good out of this device. The 16GB model is way too less if you are thinking of loading up some apps and games on it along with a handful of music.