Apple has just begun sending out media invitations to its annual Worldwide Developers Conference (WWDC), which will take place from June 8th through June 12th. As ever, it'll be held at Moscone West in San Francisco, and without question, two of the major discussion points will be iOS 9 and OS X 10.11. 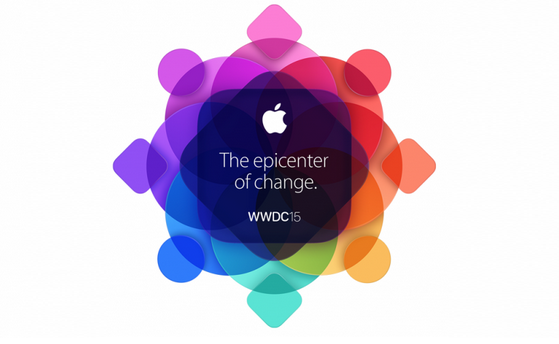 The Worldwide Developers Conference, as alluded to in the name, is all about familiarizing developers with the latest products and changes that Apple is making to its ecosystem. However, the week-long event will begin with a keynote speech that will dish some details of new and upcoming products, and given the recent rumors and historical context, it seems certain that iOS 9 and OS X 10.11 will be officially unveiled.

Where iOS 8 focused on opening up specific parts of the mobile OS to third-party developers as well as adding several new features, iOS 9 seems to be about improving stability and refining what's already been built. Late last week, however, we heard that Apple may be planning multi-user support for the iPad, as well as split-screen multitasking. Whether there's any truth in these claims, only time will tell, but since Apple is rumored to be working on a larger 'iPad Pro', it seems likely that both features will eventually be added to iOS at some point, if not iOS 9.

OS X 10.11 is also unlikely to deliver anything too ground-breaking over the current OS X 10.10 Yosemite, but this is something we've come to expect of the Mac software. Despite Yosemite's aesthetic flattening, it's not a considerable upgrade over the preceding Mavericks, and OS X 10.11--whatever it shall be named-- will probably do likewise.

The most interesting rumored feature of the Mac update, perhaps, is the talk a Control Center-like feature moving over to the desktop. Perched on the left-hand side of the user interface, it would present Music controls as well as a number of toggles and functions currently found in the Menu Bar.

Along with the software updates, there could be one or two hardware surprises thrown in for good measure. Sure, the chances of any iPhone or iPad-related announcement is slim-to-none, but with talk of a fourth-gen Apple TV 4 on the horizon, we do hope that at least one new-and-improved device will be showcased at some point.

With less than two weeks to go until it starts, we don't have to wait too long to learn of what's on offer. As Apple begins to prepare Moscone West for the annual dev gathering, clues will hopefully start to emerge through signage and banners, painting a more vivid picture of what's to come. The keynote address, meanwhile, will begin on the Monday, June 8th, from 10AM to 12PM Pacific Time.

What are you most looking forward to from WWDC '15?