It's coming up to the time of year at which point Apple shares its future software plans. Next month, the Worldwide Developers Conference will be held, which will allow devs to familiarize themselves with upcoming changes while also giving us an idea of what's in store. iOS 9 will surely be the main focal point, but it's not the only update we'll be getting, and if you're intrigued to learn of what comes after Yosemite, here's a round-up of what we know so far.

OS X 10.11's Features: Everything You Need To Know

Apple brought flatter visual elements to OS X 10.10 Yosemite, so it's now somewhat in line with the look of iOS, which got its big aesthetic change with iOS 7. As such, we don't expect to see any major changes to OS X 10.11 in terms of looks, but that doesn't mean there won't be anything else to look forward to.

After a series of animal-based monikers including Leopard, Snow Leopard, Lion and Mountain Lion, Apple has since moved towards a naming scheme that reflects its California heritage. The identification of Cali-based landmarks began with OS X 10.9 Mavericks, and currently, the latest version is OS X 10.10 Yosemite.

As noted by Macrumors, Apple has trademarked a long list of names specific to California, so OS X 10.11 could be branded with any one of the following:

Out of those, we'd say that Ventura has a nice ring to it, although at the same time, it does remind us of a certain Pet Detective whose name shall remain unmentioned!

Whatever name Apple decides on, it's not nearly as relevant as the features, and below, we look closely at what Apple could add in terms of functionality and general user experience.

The Control Center of iOS has proved a priceless tool, offering quick access to a number of features by means of a simple upward swipe from the bottom of an iPhone, iPod touch or iPad's display. We're accustomed to seeing OS X and iOS swap features ever since Mountain Lion stole elements like iMessage (Messages) and Notification Center.

Control Center is another feature that Apple wants to add to the Mac, and so expect a number of the Menu Bar functions to find a new home on the left-side of the display. This feature, which, like most iOS and OS X-related info, has been revealed by 9to5Mac, gives us a glimpse of what Control Center for Mac might look like, as you'll see below. However promising this may be, though, the accompanying report stresses that the feature may not be ready to roll out with OS X 10.11's immediate release. 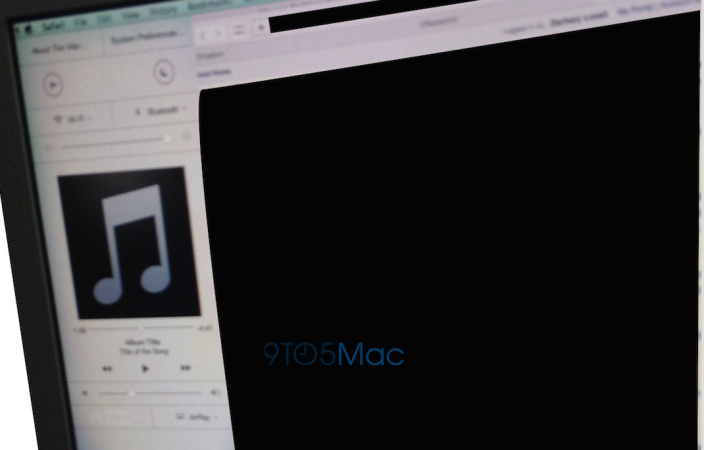 As you may have seen in our iOS 9 coverage, Apple is working on a number of security fixes to its software, including the file system feature dubbed 'Rootless'. Described by 9to5Mac's Mark Gurman as "a kernel-level feature for both OS X and iOS" that will help to stave off malware, safeguard extensions and "preserve the security of sensitive data," it'll apparently deal a blow to the jailbreak community, although in OS X, it can supposedly be disabled.

Despite the purported changes to the file system under the hood, the traditional Finder is set to remain; at least, for the time being.

Many of Apple's native apps will be more deeply integrated with iCloud, which means using its own servers for syncing rather than traditional IMAP protocol. This will, so says 9to5Mac's coverage on the matter, provide better end-to-end encryption, and with users set to be prompted on whether they wish to move content from IMAP servers to iCloud Drive, Apple could also snap up customers from rival, cloud-based services.

Perhaps the recent iCloud technical issues, which hauled services offline for many users for several hours, was caused by Apple's testing in preparation for this cloud-centric future.

As with iOS 9, Apple may include a new feature called “Trusted Wi-Fi,” which will encrypt untrusted wireless connections more heavily. Trusted Wi-Fi might not make it out this time around, but it is said to be in the works, so if you're looking for a more secure platform from which to work and play, Apple is grafting behind the scenes to make it happen.

We expect OS X 10.11, along with iOS 9, to be unveiled at the Worldwide Developers Conference, which kicks off on June 8th. Thereafter, Apple is likely to release a beta of OS X 10.11, at which point we'll have a much more vivid picture of what's to come.

As for a public release, OS X 10.11 will likely be rolled out in beta, and made to the public around September / October.

It's not shaping up as the most exciting OS X bump in history, and even though we've still much to learn, it has been suggested on numerous occasions that stability and security will be the order of the day.

OS X 10.10.3, which brought an all-new Photos app upon its arrival last month, was arguably more exciting than anything we've listed here. With features like Trusted Wi-Fi and iCloud Drive syncing, the download of OS X 10.11 may feel more like the repairing of an old, cherished toy rather than the gleeful unboxing of a shiny new one, but often, the small fixes and adjustments prove the most useful overall.

We will keep you updated should any further developments occur, and in the meantime, let us know what you'd like to see from OS X 10.11 by commenting below.