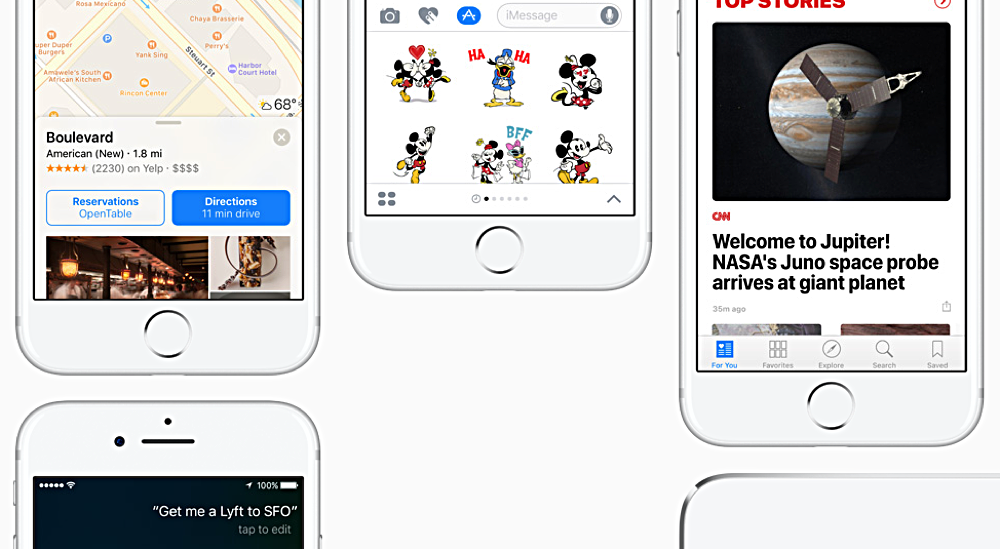 As of today, Apple has stopped signing iOS 10.0.1 and iOS 9.3.5 firmware versions. What it really means for you? We'll explain in detail.

As long as Apple is signing a particular firmware that is available for your device, you can downgrade to it using iTunes. For example, if you have an iPhone 7 and recently updated to iOS 10.0.3, then you can jump back to iOS 10.0.2 if Apple is still signing the software (which it is, at the time of writing). So, once Apple stops signing it, and it will eventually, you won't be able to downgrade no matter what you do.

Today, Apple has stopped signing iOS 10.0.1 and iOS 9.3.5, closing the signing window for good. This means you cannot downgrade back to the aforementioned firmware, while at the same time means if you have updated to iOS 10, then you no longer have a route to go back to iOS 9. Furthermore, if you have a device running iOS 9.3.5 and you're forced to restore it, then you have to jump all the way to iOS 10.0.2 (since iOS 10.0.3 is meant for iPhone 7 only). There's no way of staying on iOS 9.3.5, or even update to iOS 10.0.1. Jumping straight onto iOS 10.0.2, if your device supports it, is the route you have to take.

Quite frankly, there's no point in sitting on top of old firmware either. iOS 10, apart from being feature rich, is packed with a lot of security fixes as well, making it an extremely watertight release from Cupertino so far. Also, if you're looking at the entire situation from a jailbreak point of view, then it's entirely up to you what needs to be done. After all, a jailbreak for iOS 10.x is possible as demonstrated by a couple of developers, but there's no telling if it will ever see the light of day in the public domain.

From the looks of it, it won't either.

If you're currently on iOS 9.3.5 or even earlier firmware, then you can try your luck by waiting for a jailbreak to arrive. There is a slight possibility that the likes of Pangu or TaiG might end up surprising us with a solution. But given the lack of updates from them in the recent weeks, there's no telling where the boat is headed.

Personally, I would recommend keeping your hopes down a little until further notice. There's absolute silence in the jailbreak space which can be daunting and exciting both at the same time.