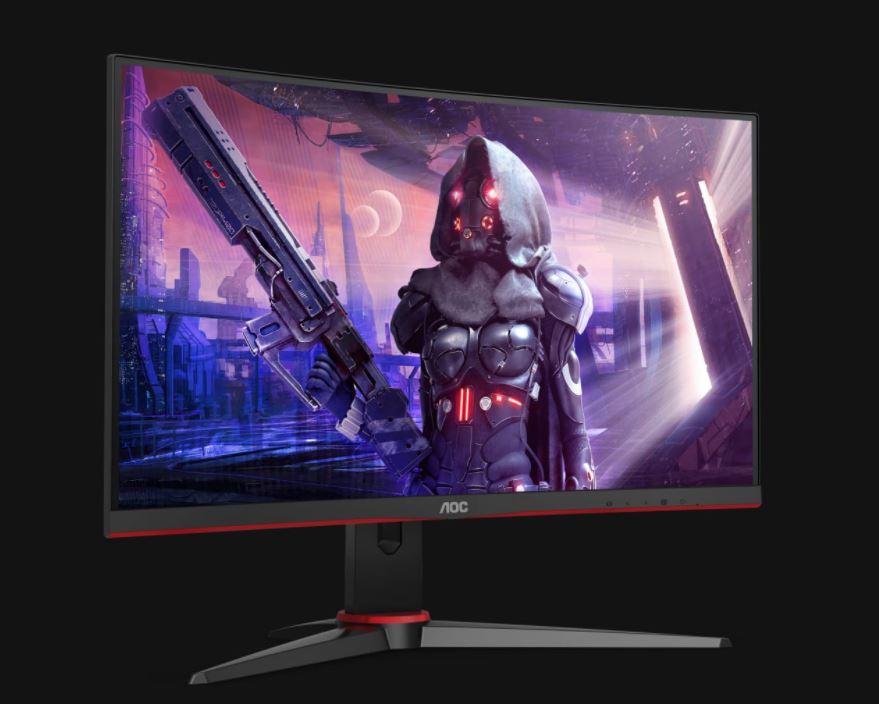 AOC has announced four new additions to its popular G2 Gaming monitor series, and these monitors come in 24" & 27" variants. The new monitors feature a 1500R curvature and a 165 Hz refresh rate. There are two 24" models which are called the C24G2AE and C24G2U, and the 27" models are called C27G2AE and C27G2U. There are two main differences between the "AE" models and the "U" models, which make the "AE" model perfect as a budget display for an eSports gamer.

All four of these monitors offer similar features, and these features include utilizing a Full HD VA panel with a 1500R curvature and all offer a 165 Hz refresh rate. These features make this monitor perfect for an eSports gamer as the high refresh rate enables gamers to react in-game as fast as possible.

All of these monitors also feature support for AMD FreeSync Premium, which ensures that when gaming, there won't be any screen tearing or screen stuttering. This technology accomplishes this by syncing the monitor's refresh rate to the frames that are being produced by the GPU. AMD FreeSync Premium features a refresh rate of up to 120 Hz, decreased overall blur, and even sharing of the image to be more life-like.

The design of all four monitors is the same featuring very slim bezels and light red accents on the bottom of the monitor in addition to a red accent to where the legs for the stand attaches to the monitor itself.

There are two different series, which are the "AE" models and the "U" models, the difference between the two series is the fact that the "U" series has a few extra features. These features include four USB 3.2 ports and a Monitor stand that offers height adjustment while the "AE" models lack the USB ports and the height adjustment on the stand, but provide the same technical specifications as the higher-end model.