How to Use Android Instant Apps on Your Android Device

Google launched Android Instant Apps at the last year's I/O conference. It was one nifty addition that changed the way we look at apps. Instant Apps let users access the cloud-based version of an app without the need to go to Play Store and install it manually. This functionality allowed users to use an app beforehand instead of installing and then trying out. Fundamentally, Instant Apps feature provides app demo that we all have been waiting for.

After successfully completing the procedure above, you can now search for Instant Apps on Google. For now, there are not many Instant Apps, but Google promises to add more in the future. For now, it supports apps like Wish, Viki, Buzzfeed, and Periscope. The new feature is being rolled out in a server-side update for now, which means you will soon get it on your device.

How to search and use Android Instant Apps 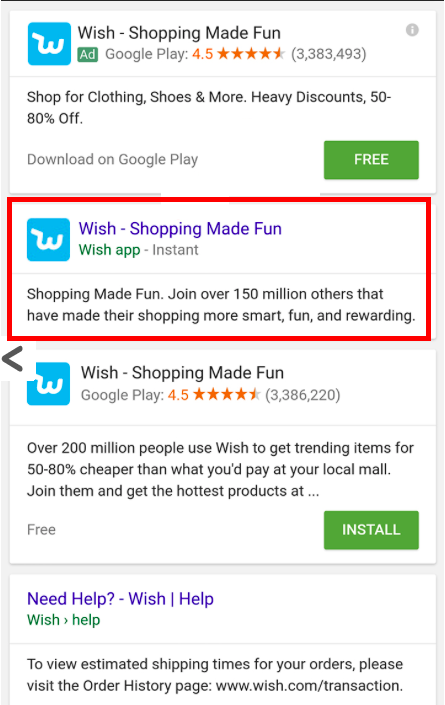 How to clear your user data for a particular Instant App

You can use Instant Apps just like you use any other app on your phone. The feature is yet to reach all the devices, so you got to wait for some time. We hope Google adds more apps to Instant Apps; it will take away the burden of installing the apps on our phones, in particular for the apps that we do not use every day.