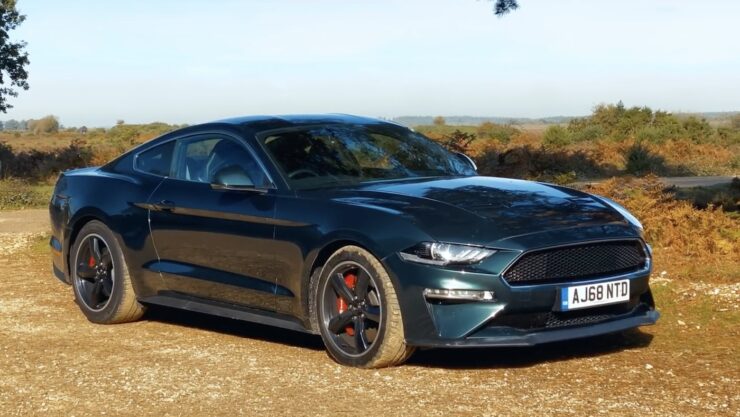 Carfection, a YouTube channel known for creating beautiful car films, has shot a new video on iPhone 11 Pro in 4K. The car in the video is a Bullitt Mustang, a special edition of Mustang GT.

While the video has been shot using iPhone 11 Pro, Carfection have given it their signature treatment with color grading and editing. The film has all sorts of wide and close-up shots, which show off the car and its interior. Carfection used Moment lenses and various gimbals, mics,  sliders and tripods to help capture cinematic footage. The app used was Filmic Pro, which provides extensive control over camera features like ISO, shutter speed, white balance and more.

As with most things on smartphones, the process was not flawless. Filmic Pro crashed often for the crew. Although iPhone 11 Pro's dynamic range is good, zooming into detail surfaced artifacts. Since everything was controlled via a touch screen only, Carfection also missed using physical buttons and dials which make the process a whole lot easier.

Most users would not be able to tell that the footage was captured using a smartphone, if the video had not made it so obvious. Experienced viewers would notice the lack of depth of field, limitations in dynamic range, colors and other details that give away the fact that the video was not shot using expensive cameras. Despite the limitations, the end result is really good due to the cinematic look and feel and post processing.

Check out the full video below:

If you interesting in seeing behind-the-scenes footage of how Carnation shot the film, check out the video below:

This is not the first time that iPhone 11 Pro has been used for actual professional videos. Apple recently collaborated with Selena Gomez to shoot two of her music videos completely with iPhone 11 Pro. These two videos together have more than 200 million views on YoUTube so far.

Even for still photography, iPhone 11 Pro has been receiving a lot of praise. It easily beat Google's Pixel 4, which was expected to be ahead of the competition but it was not to be. Even in Dx0Mark scores, which were Google's preferred benchmarks to show off their Pixel camera prowess, iPhone 11 Pro was way ahead of Pixel 4 this year.