iPhone 11 Pro vs Pixel 4 Camera Comparison Shows Detailed Results From Both Devices, but Which One Wins This Round? 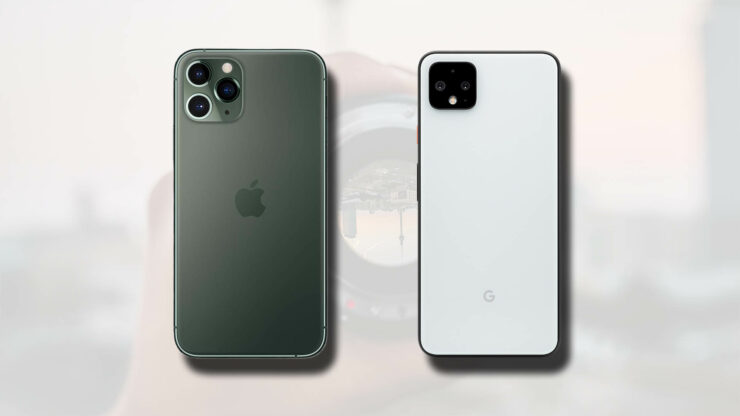 Google’s unveiling of the Pixel 4 range means that a lot of potential customers and readers will want a closer look into why you buy a Pixel device in the first place; the camera. Unfortunately, Google has an uphill battle to climb as Apple’s iPhone 11 Pro and iPhone 11 Pro Max have upped the camera game with not just the addition of a third rear camera, but also overall image quality. An early look at these iPhone 11 Pro vs Pixel 4 camera comparisons should reveal which device performs better than the other, at least in the imaging department.

First let us get the specifications out of the way, so you’re not confused regarding the kind of optics hardware both handsets pack.

As for the camera samples themselves, The Verge managed to make an initial comparison of the iPhone 11 Pro and Pixel 4 side by side, with every image taken at the same time, and with both phones placed as close to each other as possible to deliver an ideal comparison. The results you’re about to see were not subjected to any software tweaking, and were taken using the built-in apps and shot using automatic mode.

To make it easier which device captured which image, we’ll be placing all iPhone 11 Pro camera samples on the left-hand side, while the ones taken by the Pixel 4 will be located on the right. A brief look at the images below show that the Pixel 4 results are a little darker than what the iPhone 11 Pro processed, but unlike the latter, the Pixel 4 is able to show better accuracy in terms of ‘true to life’ imaging. While the iPhone 11 Pro result might appear pleasing to the eye for most of you, it’s a bit overexposed.

Capturing minute details such as human hair and processing them accurately is a challenge for a lot of smartphone cameras. In the comparison, which you can check out at The Verge in more detail, the iPhone 11 Pro shows brighter colors, while Pixel 4 once more produces an image with better accuracy. I’m appreciating the sample taken from the iPhone 11 Pro since it appears more vibrant, and while that’s just my personal preference, a realistic view of things concludes that the Pixel 4 has better color reproduction.

The same vibrancy can be seen in another image. The sky appears much ‘bluer’ than the result taken by the Pixel 4, though the volumetric effects appearing as a result of tree leaves and sunlight look more or less the same on both images, which differences appearing only after you zoom in.

These results appear more or less consistent with each camera sample, showing that the iPhone 11 Pro is able to include some impressive level of detail in its images, but with a brighter tone. It’s competitor in the latest bout, the Pixel 4 takes darker images, but if you zoom into each image carefully, you’ll notice that it maintains a strong balance of exposure, tone, and color accuracy.

Now just because the iPhone 11 Pro camera samples show a brighter image or a less color accurate result than the Pixel 4, it doesn’t translate the device touting a poor camera. A significant number of critics have praised what the iPhone 11 Pro is capable of achieving, and how it has improved over last year’s iPhone XS range considerably. Since this was an initial camera shootout, it isn’t going to provide the most in-depth results.

For all intents and purposes, the iPhone 11 Pro and iPhone 11 Pro Max still have one of the best smartphone optics hardware around, and the inclusion of an ultra-wide unit, something that the Pixel 4 lacks, could bringing a distinct advantage to the table in an in-depth camera comparison between the two devices.

Going by this iPhone 11 Pro vs Pixel 4 camera comparison result, which device would you choose solely for capturing images? Let us know in the poll below.