AMD's 3rd Generation Ryzen Threadripper processors are headed for launch in November. The new HEDT lineup would feature the brand new Zen 2 core architecture and tons of mega-tasking performance but along with all the added features, the processors might also require a new TR socket revision which if rumors hold true, might end their backward compatibility on the existing X399 products.

The details come from the author of the DRAM Calculator for AMD Ryzen processors, Yuri Bubily or more famously known as 1usmus. He mentions on his post over at Overclock.net that AMD in their latest plans have removed X399 compatibility for next-generation Ryzen Threadripper processors. This clearly points towards the upcoming AMD 3rd Gen Ryzen Threadripper series which is going to make its debut with a 24 core and 48 thread chip in November. Following is the complete quote:

Hey. Unfortunately, there is not very good news, AMD has changed its mind about making X399 compatible with the new generation. For this reason, HEDT disappeared from all calendars and the release of these processors was forced to postpone.

Since the new processor has a new memory controller and he in a single copy (instead of two as before) had to seriously change the pins. Also, the new PCI Gen 4 standard and new power pins made a special contribution. TRX40 and TRX80 are a new generation and a new architecture.  Nothing to do with the past generation. At the moment, all information is classified and I do not have access to it.

Yuri points out that the new memory controller, multiple chiplets and the addition of PCIe Gen 4 are some of the main reasons why we will be receiving a platform change which will include both a new chipset and a new socket. When it comes to the chipset, there have been several leaks regarding the new TRX40, TRX80, WRX80 chipsets which should replace X399 as a whole. The new socket is said to be a revised version of the existing TR4 socket with more power pins which was a necessity for the new PCIe Gen 4 protocol. 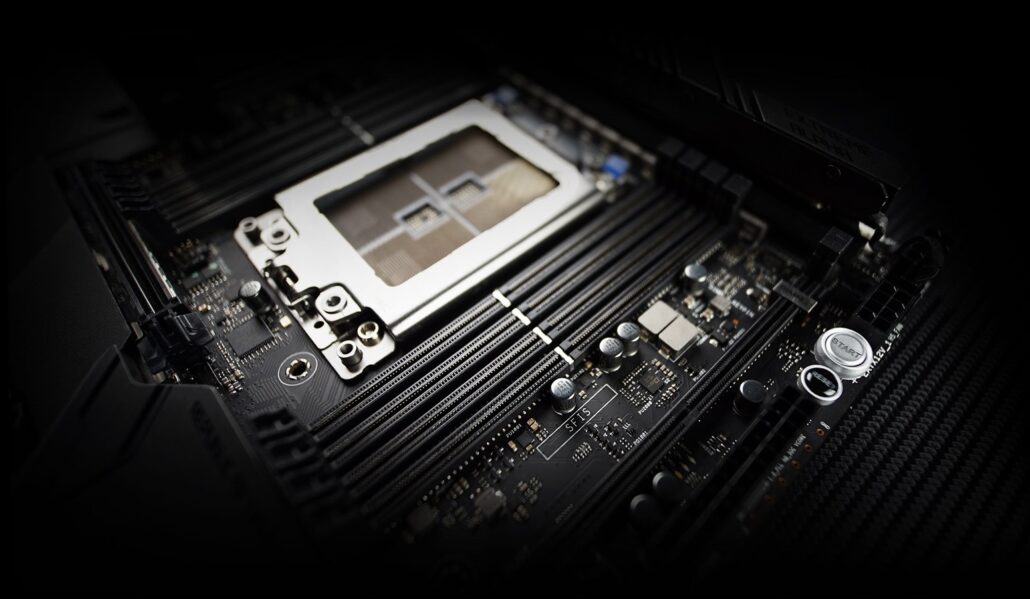 We aren't sure if the socket change will be as significant as being highlighted, but it is possible that 3rd Gen Ryzen Threadripper processors may work on the existing motherboards, but won't enable the same featureset as the newer chipset. That much remains to be seen since the launch is still a few months away. While this news is a bummer for Ryzen Threadripper users who were waiting to add new 3rd Gen chips on their existing platforms, it's also great news as this means that the new HEDT lineup will have a platform properly tuned for them.

In terms of raw performance output, the new die layout remains to be tested, but since it is more refined over the previous two generations with a stronger interconnect between them, the cache and latency performance may end up giving a bigger boost to total system responsiveness. AMD will definitely be aiming for both LGA 2066 and LGA 3647 lines with their new chips. Intel has said that their upcoming Core-X series will offer a much better value proposition with 2x better perf per dollar compared to Skylake-X, but that remains to be seen.