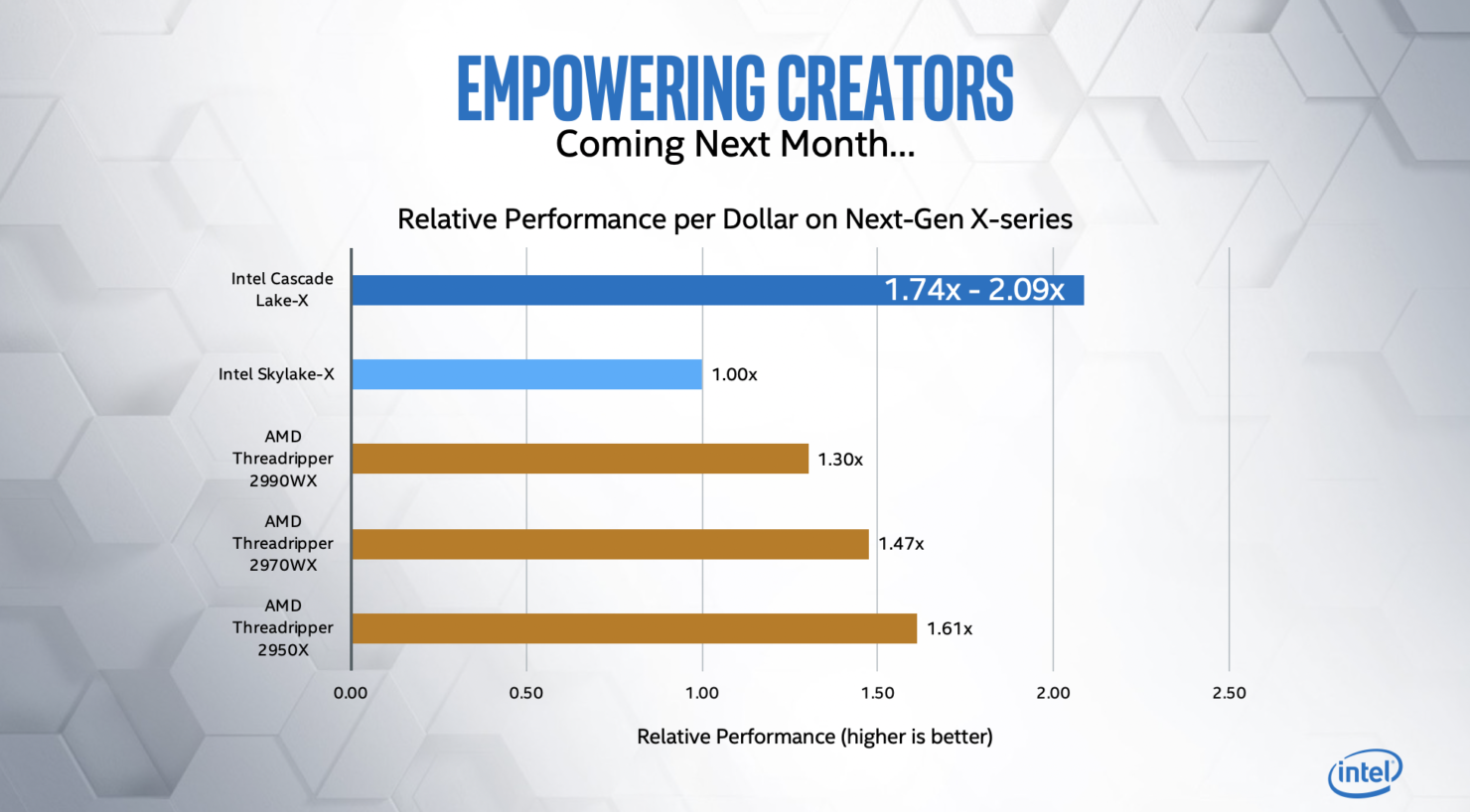 Intel has said that their next-gen Core-X processors 'Cascade Lake-X' will offer better performance per dollar versus AMD's Ryzen Threadripper CPUs. The latest tidbit was revealed by Intel during IFA and reveals that their next-generation high-end desktop CPUs might actually be priced aggressively against Threadripper CPUs which have almost demolished Intel in the HEDT market.

We know that Intel is making new Core-X processors which will be part of their Cascade Lake-X line. The new processors will be compatible with existing and refreshed LGA 2066 socket motherboards since the only change they have to offer would be slightly higher PCIe lanes and higher clocks while being based on the 14nm++ process node.

Intel has dramatic changes coming next month for the X-series and HEDT (high-end desktop market) line as well. The new family of products code-named Cascade Lake-X will offer up to 2x the performance per dollar of the previous generation. Though it is too early to talk about the specifics of how we are accomplishing this, you will see soon enough our commitment to the X-series and W-series families across Intel. via Intel 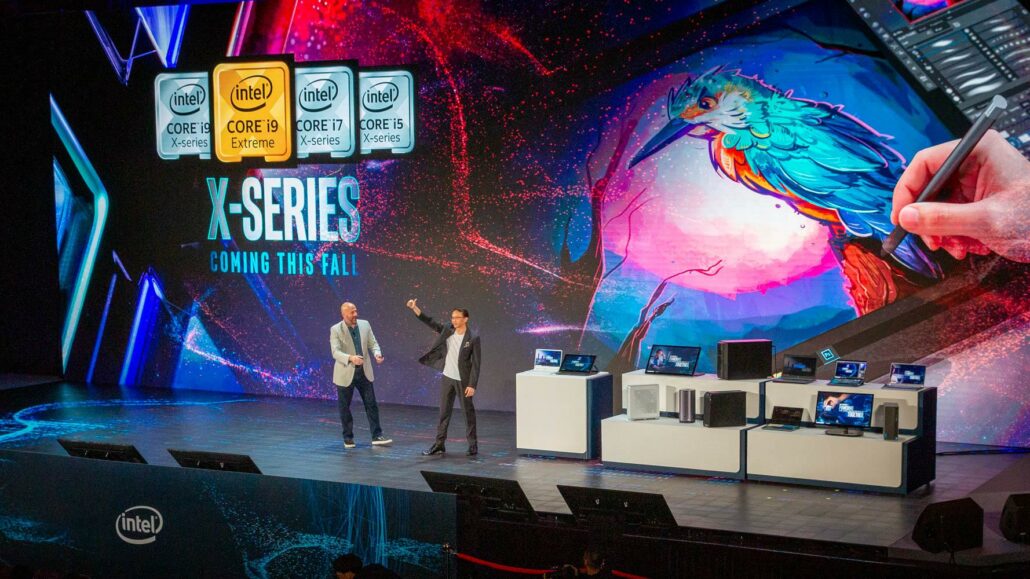 Intel has not stated what performance metric they are using to compare these processors but it could be one of their 'real-usage' tests which recently sparked a super controversial discussion since Intel was basically saying that reviewers need to revise their testing methodology and use benchmarks that reflect actual consumer usage rather than those aimed at a niche. The HEDT lineups already fall in a niche market should include benchmarks that Intel doesn't consider to be relevant such as Cinebench and other rendering applications.

Anyways, moving on we can see that Intel is considering some massive price updates with their upcoming line which is the only reason we are looking at higher performance per dollar since Intel can only get too far away with clock speeds which are already at their upper limit on the current lineup. The 18 core flagship, the Core i9-9980XE currently costs $2000 US compared to the AMD Ryzen Threadripper 2990WX with 32 cores that costs $1800 US (lower with price cuts considering Ryzen Threadripper 3000 is just on the horizon).

Intel is also shifting their Xeon W lineup over to the LGA 3647 socket so that eases up production and supply for the HEDT market. It looks like we will be looking at more performance and specification details in the coming month so we will keep you posted as soon as we hear more from Intel.