AMD's upcoming Zen 2 based Ryzen processors have been teased by an official AMD Ryzen CPU sales agency, as reported by Videocardz (via HardwareBattle). The report mentions that not only were the next-generation processors teased, but a contest was hosted by the same sales agency that allowed users to take part in and win receive a Ryzen 3000 series chip, obviously when they launch.

Note: The competition was terminated by the sales agency since many different portals were taking the numbers posted by users as official Ryzen 3000 series performance. Hence, those people who participated would now be getting a Ryzen themed cube and a Starbucks coffee cupon instead. 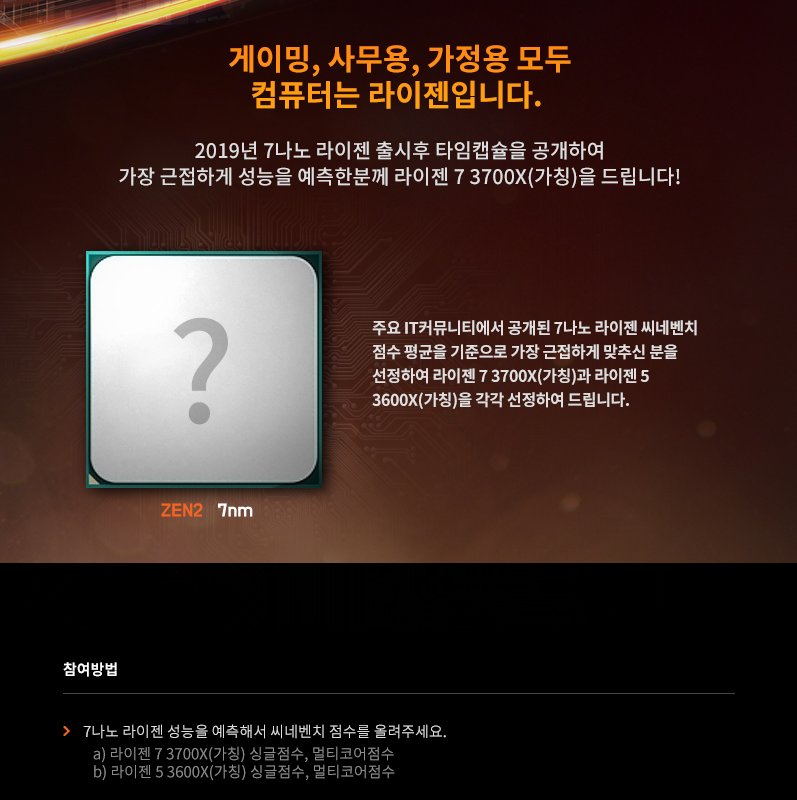 What we do know is that AMD Ryzen 3000 series desktop processors would be rocking the latest Zen 2 architecture based on the 7nm process node. We can expect increased IPC, higher clocks and improved latency. There's also rumors of increased core count considering the new 7nm chiplet design that AMD showcased for their EPYC Rome processors allows for a massive 64 core and 128 thread behemoth.

The AMD Ryzen 7 3700X and Ryzen 5 3600X won't be the only Ryzen 3000 series chips in the lineup as we can expect a complete top to bottom series for the updated AM4 platform. While AMD board partners will offer new motherboards (based on the X570 PCH), current generation AM4 socketed motherboards would still do a fine job of supporting the upcoming chips which have been in AMD's plan since Ryzen's first launch. Expect to hear more details about AMD's desktop Ryzen processors at CES 2019.