AMD has just tweeted a teaser stating that a sneak peek of Polaris is coming at 4PM 14th of March at the Capsaicin GDC webcast. The webcast will be hosted by Radeon Technologies Group's head Raja Koduri. During the event the company has stated that there will be demonstrations of next generation hardware, software and games. Furthermore the company is promising that Capsaicin will explore the "inner essence" of the graphics processing unit. 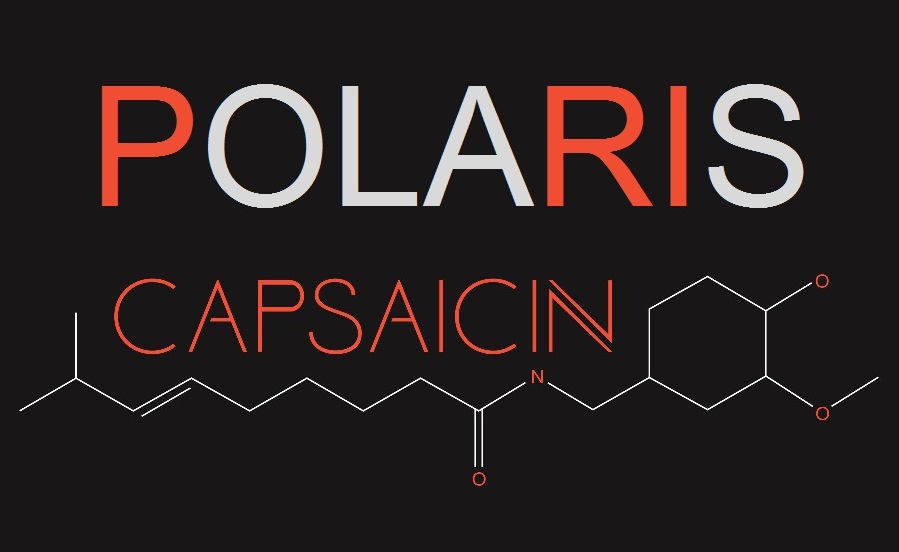 In addition to promising a sneak peak at Polaris as well as discussions around next generation DirectX 12 games and AMD's DirectX 12 and VR initiatives, we have it on good authority and via leaks on AMD's website that the event will include the announcement of the fabled dual Fiji Fury X2 graphics card. Which is now called the Radeon Duo Pro. The announcement will also be accompanied by the introduction of several Radeon Duo Pro powered, compact, extreme high-performance systems.

Named after the compound that delivers a pepper’s spicy kick, “Capsaicin” will explore the inner essence of the graphics processing unit (GPU) and how it powers innovations in gaming and virtual reality. The webcast will feature an inside look at the latest technological advancements affecting the enthusiast and developer communities as they approach the burgeoning virtual reality market.

Next Chapter Of Radeon - Polaris & The 14nm Revolution

Speaking more broadly of Polaris, AMD's next generation 14nm graphics architecture. The company is not only promising a historic leap in performance per watt, but has also actually demonstrated this unprecedented jump in power efficiency publicly back in January at CES.

So far it has unveiled two 14nm FinFET Polaris GPUs, given the names Polaris 11 and Polaris 10. One of which is a very small GPU, estimated to be around the same size as AMD’s Cape Verde which is 123mm² large. The goal for this chip is to deliver console-class gaming performance in thin and light notebooks. This is the GPU that AMD chose to demo at CES. The other member of the Polaris family is a large GPU, described as a successor to the Radeon R9 Fury X. The company revealed that it will be introducing an entirely new lineup of Radeon graphics cards based on the Polaris architecture this summer. It will include a comprehensive collection of graphics cards to address the entry level, mid-range and high-end segments of the discrete graphics market.

AMD showcased Polaris 10, the smallest member of the Polaris family, in a very impressive demo to journalists behind closed doors in December and again publicly in January at CES. The demo had a tiny Polaris GPU running Star Wars Battlefront at 60 FPS against an Nvidia Maxwell based GeForce GTX 950 graphics card. The Polaris GPU consumed roughly half the power to produce the same framerate.

Naturally any improvements in performance per watt often translate directly to improvements in actual performance in all graphics card tiers whether we're talking about high-end, mid range or entry level products. This is because the power design envelopes stay mostly unchanged for all graphics card tiers. This means that a 250W Polaris GPU should be twice as powerful as a 250W Nvidia 900 series GPU, assuming we see similar power efficiency scaling to what AMD has demonstrated. But Polaris isn't just about power efficiency as it's bringing several new cool features.

AMD later announced Polaris and confirmed that it will be manufactured using the Samsung/Globalfoundries' 14nm FinFET process technology.

14nm FinFET will offer GPU design engineers nearly double transistors to play with in the same area as the current 28nm process. 14nm FinFET also has significantly faster switching speeds, which translates to significantly higher clock speeds compared to current 28nm based GPUs. This is all in addition to the drastic power savings enabled by the smaller feature sizes and the move from planar to 3D FinFET gates.

The name "Polaris" doesn’t just describe AMD’s 4th generation GCN architecture, but a broad collection of new visual computing intellectual property. For AMD’s 2016 graphics products the company updated all aspects of its graphics IP. Including the addition of support for DisplayPort 1.3 and HDMI 2.0a in addition to h.265 decode at up to 4K and encode at 4K and 60 FPS.

When it comes to the GCN ( Graphics Core Next ) engine itself, AMD outlined a number of fundamental features that define the architecture and they include :

One notable new feature is primitive discard acceleration. Which in no certain terms is AMD’s way of revealing that its upcoming GPUs will add support for additional key DirectX12 features such as Conservative Rasterization.

Furthermore, this list does a great job of showcasing just how advanced modern GPUs have become. Instruction pre-fetch is a technique that’s long been employed in CPUs and it works to improve performance by reducing stalls and unnecessary wait times. So it’s quite remarkable that this technology is now an indispensable part of modern graphics engines. That really goes to show just how complex modern GPUs have become.

It’s important to note though that instruction pre-fetching in GPUs isn’t an entirely new addition, current graphics architectures do support varied levels of pre-fetching. However, these implementations have been traditionally quite limited in nature. With Polaris, AMD is pushing for a more robust solution to more effectively tackle a broad set of scenarios in which pre-fetching can be really advantageous.

Polaris also brings a bunch of new multimedia capabilities to the table. Including the ability to stream games at 4K without any performance cost.  Something that AMD's graphics guru and the head of the Radeon Technologies Group, Raja Koduri is very excited about.

We have two versions of these FinFET GPUs. Both are extremely power efficient. This is Polaris 10 and that’s Polaris 11. In terms of what we’ve done at the high level, it’s our most revolutionary jump in performance so far. We’ve redesigned many blocks in our cores. We’ve redesigned the main processor, a new geometry processor, a completely new fourth-generation Graphics Core Next with a very high increase in performance. We have new multimedia cores, a new display engine.

In summary, it’s fourth generation Graphics Core Next. HDMI 2.0. It supports all the new 4K displays and TVs coming out with just plug and play. It supports display core 4.3, the latest specification. It’s very exciting 4K support. We can do HAVC encode and decode at 4K on this chip. It’ll be great for game streaming at high resolution, which gamers absolutely love. It takes no cycles away from games. You can record gameplay and still have an awesome frame rate. It’ll be available in mid-2016.

Raja Koduri, Chief Architect and head of AMD's Radeon Technologies Group, asserted that both Polaris 11 and Polaris 10 are “extremely power efficient”.  He went on to state that these GPUs and the Polaris architecture in general will deliver “our most revolutionary jump in performance so far”. A historical leap that's achieved through the combination of cutting edge 14nm FinFET manufacturing technology and the company's 4th generation Graphics Core Next architecture.


AMD has confirmed to us that while the company remains committed to the High Bandwidth Memory technology it co-invented with its partner Hynix and brought to the market last year, Polaris remains compatible with both HBM/HBM2 and GDDR5 memory standards. Technical marketing lead at AMD, Robert Hallock, explained that they have the flexibility to use either technology as the need arises. As such each memory technology will be employed in the market segments where it makes sense.

AMD helped lead the development of HBM, was the first to bring HBM to market in GPUs, and plans to implement HBM/HBM2 in future graphics solutions.

Suffice to say the next generation of Radeon graphics cards are shaping up to be everything that a gamer would ever want. Significantly better performance , a plethora of new features and power efficiency to boot. AMD Polaris graphics cards are set to launch this summer, before the back to school season, for both desktops and gaming notebooks