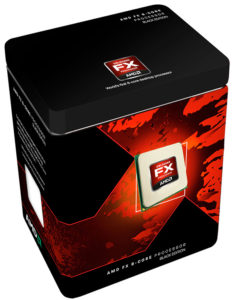 The wait is finally over! After months of delays, AMD have finally released their new FX Bulldozer based Processors which are based on the Zambezi Architecture delivering a fully unlocked and customizable experience for desktop PC users.

“AMD FX CPUs are back with a vengeance, as validated by the recent feat of setting a Guinness World Records title for ‘Highest frequency of a computer processor,’” said Chris Cloran, corporate vice president and generalmanager

Along with the launch, several hardware sites have already reviewed the FX-8150 processor which will be AMD's top 8 core model till Q2 2012 when AMD will launch the latter FX-8170. You can check reviews at the following links:

There are a few reviews above which even show results with the bundled liquid cooling kit we detailed earlier here. The above reviews show that AMD did a great job pricing the Bulldozer chips, The FX-8150 which is priced near the i5 2500K offers 4 extra cores and a fully unlocked design. While the performance doesn't match up expectations, AMD's Bulldozer can provide higher longevity and future proofing to users who aim for gaming and desktop needs with the extra cores avilable at a reasonable price. Do check out more details on AMD Bulldozer/Piledozer and Trinity APU's below: