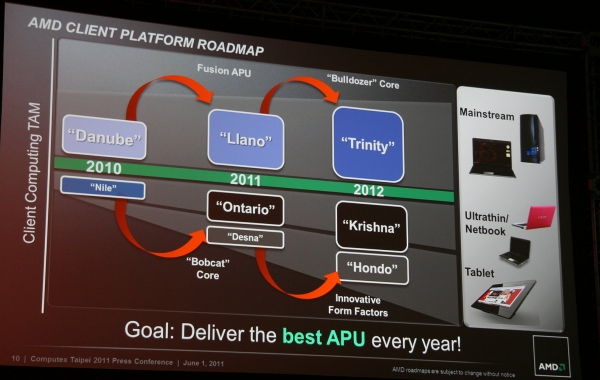 Today at Computex 2011, AMD released a new roadmap which detailed the current and upcoming APU (Accelerated Processing Units) platforms. The current lineup consists of Danube for Desktop usage and Nile for Notebook solutions which would be replaced with the Fusion Llano and Ontario chips which would be released at the upcoming E3 event. AMD also announced a new platform "Trinity" which will be released sometime next year and would consist of a 32Nm Bulldozer Core along with a DX11 embedded radeon chip.

Bulldozer on a APU? Sounds pretty cool. Trinity will be among the first APU's to feature x86 cores which would be based on the Bulldozer 32Nm Second Generation Processors. Also the use of Radeon chips featuring DirectX 11 performance, However its not known whether current 6*** series would be embedded or the latter HD 7*** series. Power requirements and clocks are yet unknown, But AMD's Senior Vice President "Rick Bergman" did show a sample of the AMD Trinity APU which you can see below.

The roadmap also reveals Krishna and Hondo Platforms which would be aimed towards Notebook and Mobile Tablets replacing the current Ontario lineup. Release is expected in between March-April 2011 along with new APU platforms every year as announced by AMD. You can check out the video below taken right from the Computex event. (Trinity part starts 6:00). 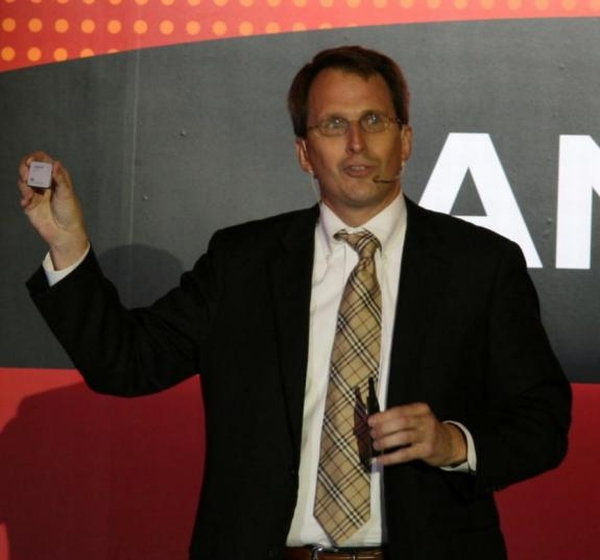 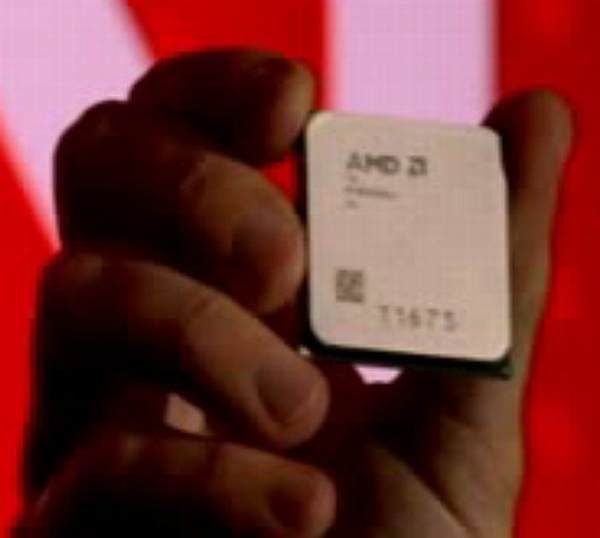