We have just received confirmation from sources that AMD is reviving Athlon ( Officially terminated in 2005) and Sempron (Unofficially dead in 2011). This is very interesting news because if AMD is reviving the aforementioned series then it means that we will see modern version of these classics ( Anyone remember the Athlons of Legend? ). So far we have only information about Kabini APUs branded as the Athlon and Sempron chips powered by AMD Jaguar cores. 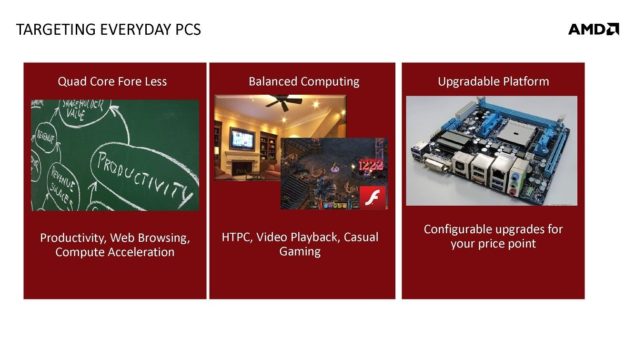 Without further ado, the specs and details. The Newly revived Athlon (This is the Athlon of Old, not the Athlon II or Athlon 64) and Sempron will utilize the modern FS1b Socket Interface. It will also support USB 3.0, Sata 6G/s and support DX 11.2. Not only that but we have received confirmation that it will support Mantle as well. The TDP of ALL 4 APUs listed will be 25W. Their target market are HTPC Desktops.

The second product is the Athlon 5150 is basically the same processor with just the clock rate downclocked to 1.6Ghz. Rest specifications are an exact duplicate of the 5350.

We also have Benchmarks of the Athlon Flagship APU. In 3d Mark Firestrike it scores 379. In PCMark 08 it scores 2356 and in Basemark CL it scores 22 Points.

According to our source, engineering samples will ship in a few weeks, and will ship on February 2014. It will officially launch in March 2014.

Just received confirmation that #AMD is bringing back the legendary #Athlon Series (Sempron too) in the form of APUs! http://t.co/qkP868MB18