AMD seems to have released an entry-level Athlon Gold PRO 4150GE in the Asian Pacific market which will feature the Zen 2 core architecture.

It's been a while since AMD has touched the entry-level desktop CPU segment. Their Zen 3 Ryzen 5000X and 5000G lineups have been all but Ryzen 5 and beyond with a few Ryzen 3 parts going to the OEM segment. It looks like AMD is finally readying a new entry-level solution in the form of a new Athlon part. The Athlon Gold 4000 series was also rumored around mid of 2021 so it is looking like we are close to their launch. 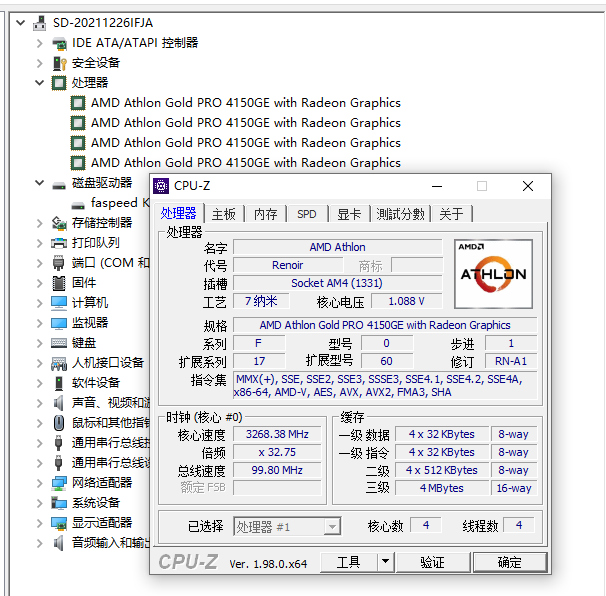 The standout upgrade, aside from the Zen 2 core architecture, is the addition of 3rd Gen Vega GPU cores. The AMD Athlon Gold PRO 4150GE not only packs the third iteration of the Vega integrated graphics but also comes with more compute units. There are 5 Compute Units or 320 cores on the APU which operate at 1500 MHz. For comparison, the Athlon Gold PRO 3150GE only housed 3 CUs and ran at 1100 MHz. Aside from that, the chip will feature support on the AM4 socket and retains DDR4-3200 support. 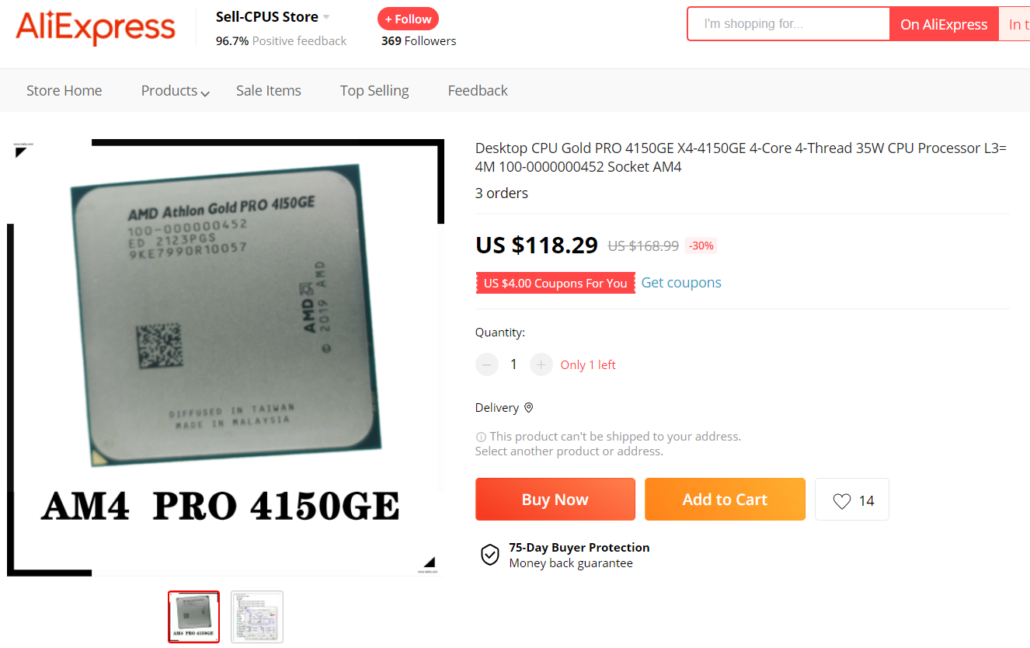 Since this is a PRO part, the AMD Athlon Gold 4150GE is likely to be a stock OEM part but as we have seen with earlier APU releases, the Asian Pacific market is likely to see a DIY launch too. The chip is currently being sold at Ali Express for a price of $118.29 US which is quite a hefty price to be paying for a chip of this tier but it is also expected since Ali Express isn't an official AMD seller and 3rd party sellers can charge whatever they want for this chip. We are likely to see this chip in OEM PCs sooner or later at much better prices.