The latest benchmark of AMD's Athlon Gold PRO 4150GE APU has leaked out over at Geekbench 5's database.

The Athlon Gold PRO 4150GE is an entry-level APU that is designed for the OEM market. It's not intended for DIY sales though we have seen it listed by Chinese 3rd party resellers. 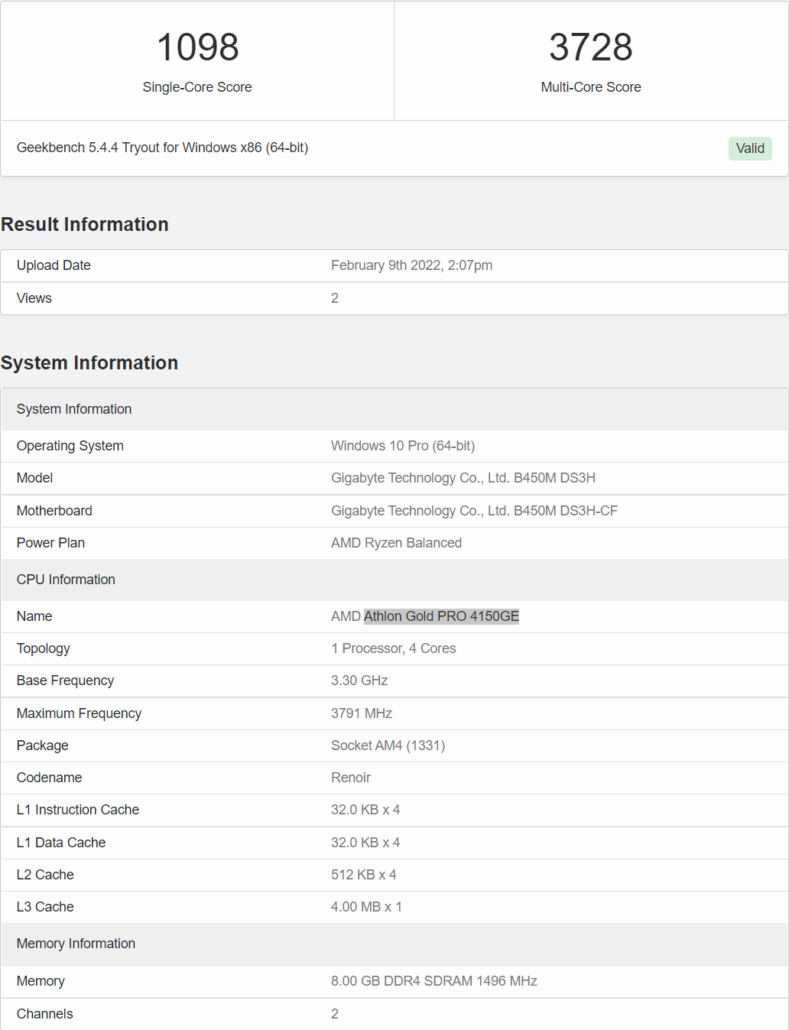 The Athlon Gold Pro 4150GE will rock integrated Vega graphics but only 3 Compute Units running at a lower 1.1-1.2 GHz clock. This means that the iGPU performance between the Alder Lake Iris Xe iGPU and Vega would be very similar. Maybe OEM system prices would be much better but if you're expecting to get this chip around $50 US in the DIY channel, then that doesn't seem to be the case.