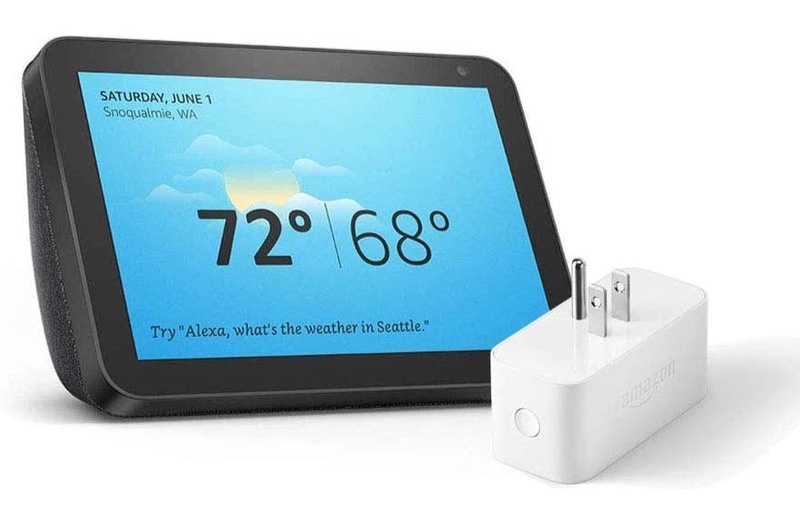 Amazon is offering an Echo Show 8 and Smart Plug bundle for a price of just $99 and you save $55 on it instantly, otherwise selling for $155.

All set to make an unplanned move into the home automation space? Of course you are, thanks to this deal from Amazon on its very-own hardware. For a limited time only, Amazon is selling the Echo Show 8 with its self-branded Smart Plug thrown in for good measure for a low price of just $99. This deal saves you $55 instantly. On a regular day you will end up paying $155, but not today, obviously.

The Echo Show is basically Alexa with a display. So rather than having to deal with audio only, you get visual results for stuff. For example, if you ask Alexa to show you a photo of a giraffe, you’ll see it immediately on the display. Want to see the weather? Just ask Alexa and you’ll get a forecast for the week. But the fun begins when you setup that free Smart Plug from the bundle.

Once set up properly and connected to the Echo Show 8, you can use Alexa to control the Smart Plug. Whether it’s a lamp, coffee maker, TV, or even a trail of lights, you are just a verbal command away from controlling them. Pretty cool, right? All of this can be yours for a low price of just $99. Don’t waste time before Amazon changes its mind.