An alleged Samsung Galaxy S6 prototype is doing rounds today on the interwebs showing a thinner design of the upcoming flagship smartphone from Samsung.

OEMs try to keep their devices a secret until the day of release, however, we often get to not only see specs of the upcoming devices but also their prototypes and testing versions. In the latest, Samsung Galaxy S6 prototype has been shared by a site Toptienmobiel  which has sourced it through an anonymous tipster. You can stop some stickers on the top right of the device confirming that it's not a final design.

We might have had a little trust on this image, however, Sammobile sources inside the industry have confirmed that this is not a legit prototype. In any case, there is no harm in looking at the possibly the first alleged appearance of the upcoming flagship's prototype. In this design front camera has been moved to the top center and no metal edge can be seen which is an expected feature of the design. 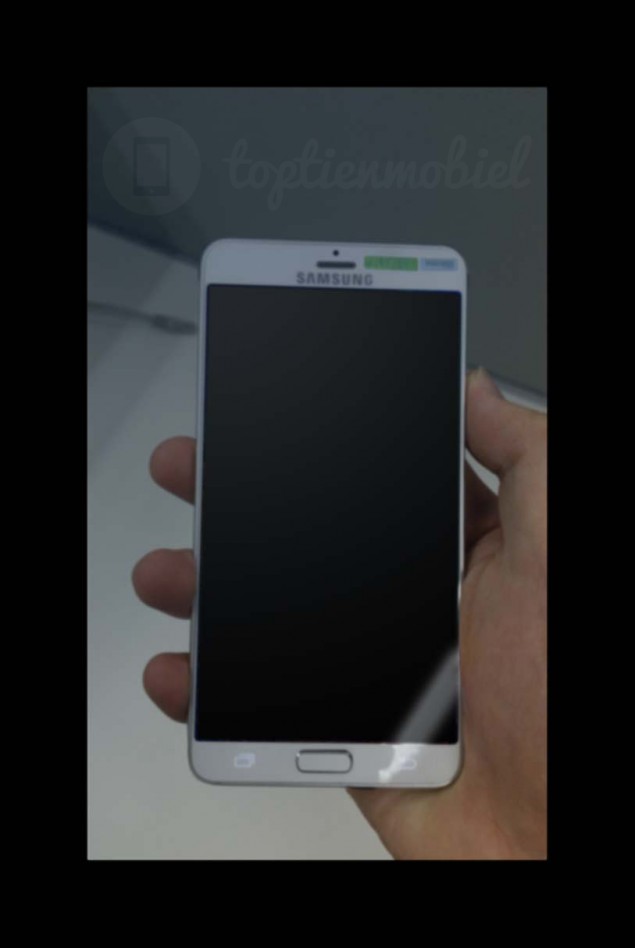 Samsung is speculated to bring the next-gen Galaxy S in a complete metal design to bring its sales a bit up after some declining quarters this years. Here are the rumored features of Samsung Galaxy S6: